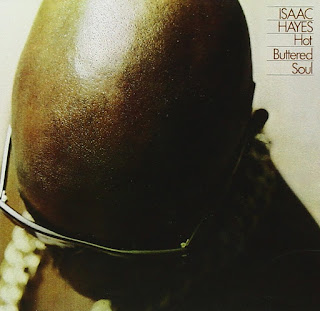 There’s no denying the importance and influence of Memphis soul giant Isaac Hayes on a generation of blues, rock, and R&B artists. Critically-acclaimed Hayes albums like 1969’s Hot Buttered Soul and 1971’s Black Moses and the soundtrack to the movie Shaft broke through genre barriers with their imaginative blend of soul, jazz, and even classical music. As a skilled songwriter, Hayes wrote or co-wrote (with partner David Porter) hits for artists like Sam & Dave, Rufus Thomas, Carla Thomas, and Johnnie Taylor, among others. Hayes also dabbled successfully in acting, starring in films like Truck Turner and Escape From New York as well as on TV shows like Miami Vice and The Rockford Files. He is probably best known for his decade-long tenure as “Chef” on the animated TV series South Park.

Stax Records, a division of Concord Bicycle Music, has announced the digital release of a dozen of Hayes’ albums from the period 1969 to 1976, many of them long out-of-print in both vinyl and CD formats. Eleven of the LPs have been re-mastered in 192/24 and 96/24 high resolution audio formats and available from HDTracks, while all twelve albums have been Mastered For iTunes and can be downloaded from Hayes’ new iTunes artist page. The albums have been digitally re-mastered by award-winning engineer Dave Cooley at his Elysian Masters studio in Los Angeles. In a press release about the project, Cooley states “for the first time, you can plainly hear details as small as the subtle coloration variations between the original studio setups and tape formulations from album to album. There’s renewed resolution around instruments.  But you can also dive into the zoned-out atmospherics, and listen comfortably for hours as an entire body of work.” 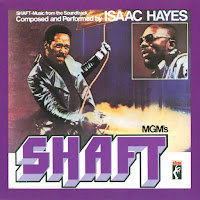 Those titles recently made available include the aforementioned Hot Buttered Soul, Black Moses, and the Shaft OST (the latter two of which earned Hayes an Academy Award and three well-deserved Grammy® Awards). The slate also includes underrated Hayes albums like 1970’s …To Be Continued, 1973’s Joy, and 1975’s Chocolate Chip; the 1973 concert documentary Live At The Sahara Tahoe; and Hayes’ inspired soundtracks for the films Truck Turner and Tough Guys. Check out the entire list on Hayes’ iTunes page. In addition to these digital versions, a year-long schedule of releases is planned by Stax for 2017, including 180-gram vinyl reissues and a retrospective box set.
Posted by Rev. Keith A. Gordon at Sunday, December 11, 2016