Get Real Gone in March with the Rascals, Southside Johnny & Artful Dodger 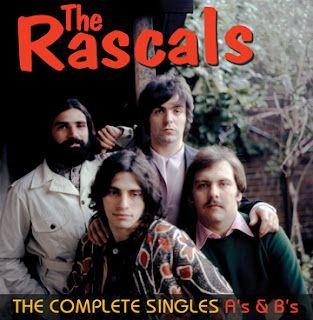 Our friends at Real Gone Music have announced their slate of new releases for March 2017 and there’s a heck of a lot to like here for fans of old-school rock ‘n’ soul, including collections from the Rascals, Southside Johnny & the Asbury Jukes, and acclaimed cult rockers Artful Dodger, all of which are scheduled for release on March 3, 2017.

The Rascals (originally known as the ‘Young Rascals’) are one of the tragically overlooked bands of the 1960s. Working with engineer Tom Dowd and arranger Arif Mardin, the band – which included singer/keyboardist Felix Cavaliere, singer Eddie Brigati, guitarist Gene Cornish, and drummer Dino Danelli – racked up a string of 19 charting singles, including a trio of #1 hits, as well as five Top 20 albums. Despite the band’s success and reputation as the “U.S. Beatles,” there has never been a comprehensive Rascals singles collection, due in part to the band having recorded for both Atlantic Records and Columbia Records.

Real Gone has cut through the red tape to compile The Complete Singles A’s & B’s, a two-disc, 47 song compilation that offers the A and B-sides of every singles the Rascals ever released. All the goodies are here, including “I Ain’t Gonna Eat Out My Heart Anymore,” “Good Lovin’,” “Groovin’,” and “People Got To Be Free.” The band’s early hits are offered in their original mono single mixes (representing 28 of the set’s 47 songs), later songs in their stereo single mixes. Writer Ed Osborne has penned a 4,500 word essay for the CD booklet that includes exclusive quotes from Cavaliere, Brigati, and Cornish and features rare photos, including European picture sleeves. The set was remastered by Mike Milchner at SonicVision and represents the first, and definitive career-spanning collection from this too-frequently-overlooked blues-eyed soul hit machine. 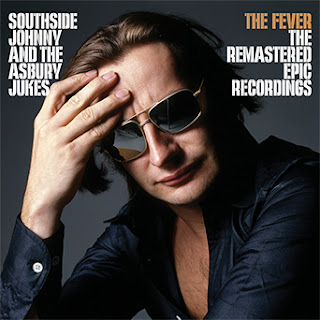 Southside Johnny Lyon and his band the Asbury Jukes were signed to Epic Records on the strength of their connections to Bruce Springsteen and the E Street Band’s ‘Miami’ Steve Van Zandt. Produced by Van Zandt and including songs written by Miami Steve and ‘The Boss’ alongside R&B and rock ‘n’ roll gems from Ray Charles, Solomon Burke, and Steve Cropper, Southside Johnny’s 1976 debut, I Don’t Want To Go Home, has long since come to be considered a classic of blue-eyed soul. Southside Johnny and the Asbury Jukes would record three albums for Epic, including 1977’s This Time It’s For Real and 1978’s Hearts of Stone, experiencing modest commercial success along with widespread critical acclaim.

As part of Real Gone’s March slate, the label is releasing the two-disc, 40 song The Fever – The Remastered Epic Recordings, which includes the aforementioned trio of Southside Johnny studio albums as well as the rare 1976 promotional album Jukes Live at the Bottom Line, which has never been released on CD before. The albums have been remastered from the original master tapes by Mark Wilder at Battery Studios in New York and includes new liner notes by Chris Morris that include new quotes from Southside Johnny as well as Springsteen’s original liner notes for I Don’t Want To Go Home. Springsteen contributed a bunch of great songs for his friend to sing, including “The Fever,” “Love On The Wrong Side of Town,” “Trapped Again,” and “Hearts of Stone.” Van Zandt produced all four albums, and contributed several songs himself including “I Ain’t Got The Fever No More,” “Some Things Just Don’t Change,” and “This Time Baby’s Gone For Good.” The set includes special guests like Ronnie Spector, the Coasters, the Drifters, and the Five Satins. 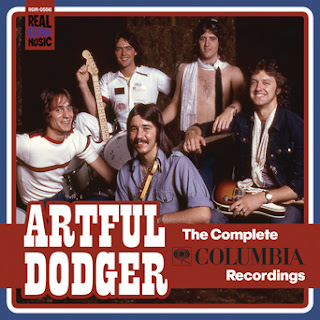 Artful Dodger was another underrated 1970s-era outfit, power-pop pioneers that recorded three albums for Columbia Records in the mid-to-late-‘70s that weren’t dissimilar to music being made by contemporaries the Raspberries or Blue Ash. The band included singer Billy Paliselli, guitarists Gary Herrewig and Gary Cox, bassist Steve Cooper, and drummer Steve Brigida. Noted producer Jack Douglas (Aerosmith, Cheap Trick) worked with the band for its 1975 self-titled debut and the following year’s Honor Among Thieves while Eddie Leonetti (Angel, Moxy) produced Artful Dodger’s 1977 swansong, Babes On Broadway. None of the band’s albums made the charts and, deeming them lacking in commercial potential, the label dropped the band. Artful Dodger would go on to make one more album for Ariola Records in 1980 before breaking up.

The band’s back catalog has been represented sporadically during the CD era, with reissues of the first two albums rapidly going out of print while Babes On Broadway has never been released on CD. Real Gone will satisfy longtime Artful Dodger fans and newcomers alike with the March release of the band’s The Complete Columbia Recordings. The two-disc collection features all three of the band’s ‘70s-era albums for the label, as well as rare singles releases, 31 tracks in all remastered by Maria Triana at Battery Studios in New York. The set includes new liner notes by Ugly Things zine contributor Jeremy Cargill with new quotes from Steve Cooper and Steve Brigida as well as rare photos from the Columbia Records vaults. If you’re a power-pop fan and you haven’t heard Artful Dodger, with The Complete Columbia Recordings you have a chance to rediscover this long-lost and talented outfit.