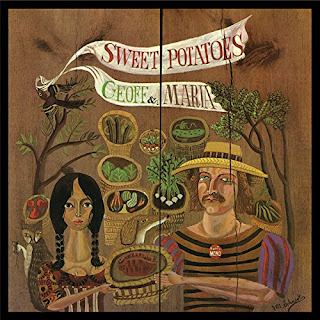 The folks at esteemed archival label Omnivore Recordings have been digging deep into the vaults and, on March 30th, 2018, they’ll be releasing three long out-of-print albums including a pair of LPs from the talented husband and wife duo of Geoff and Maria Muldaur.

Before they married, singer Maria D’Amato and guitarist Geoff Muldaur were both familiar figures on the Greenwich Village folk scene in New York City. Maria performed with artists like Bob Dylan and David Grisman, while Geoff was a founding member of Jim Kweskin & the Jug Band, which Maria later joined and recorded three albums with.

Maria and Geoff got married and, after the Kweskin Jug Band broke up, they recorded two albums for Warner Brothers’ Reprise imprint. Pottery Pie, released in 1968, was recorded by producer Joe Boyd and engineer John Wood, the pair behind several classic albums by British folk-rock institutions Fairport Convention and the Incredible String Band. The album explored the possibilities of the folk-blues genre, featuring covers of songs by Memphis Minnie, Bob Dylan, Eric Von Schmidt, and Son House, including a version of the song “Brazil,” which would later be used as the theme song for filmmaker Terry Gilliam’s movie of the same name. 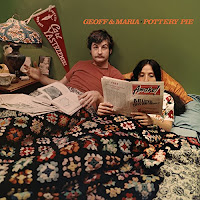 Four years later, the duo released Sweet Potatoes, a collection similar to their debut album but also featuring the talents of friends like harp wizard Paul Butterfield, guitarist Amos Garrett, pedal steel maestro Bill Keith, and drummer Billy Mundi, among others. Sweet Potatoes also featured cover art by folk music legend Eric Von Schmidt. It would be the last album the two recorded together, with each going on to successful and productive careers.

Writing for All Music Guide, my buddy Eugene Chadbourne says “as a whole, Sweet Potatoes is something of a masterwork, rich and revealing, possessing the contagious enthusiasm of young musicians finding a personal voice in the rich traditions of the past as well as the relaxed sophistication that develops when these players are no longer novices.” Both albums are being released on CD for the first time in the U.S. and include a 7,000-word interview with Geoff and Maria that is spread across the two CDs and represents their first shared interview since 1972.

On March 30th Omnivore will also reissue another obscure gem of the folk-blues era with the release of American Avatar by the Lyman Family and singer Lisa Kindred. A controversial Boston-area folk musician, Mel Lyman formed the Lyman Family, also known as the Fort Hill Community, in a rundown Boston neighborhood in 1966. The urban hippie commune would become a bona fide cult with Lyman taking on his role as “spiritual leader.” The Lyman Family would later become involved with the community underground newspaper Avatar and would record the American Avatar album in 1970. 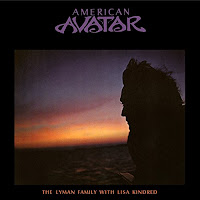 I've always wondered if Don McLean was referring to Lisa Kindred in the lyrics
"I met a girl who sang the blues
And I asked her for some happy news
But she just smiled and turned away"
because he was a musician on her 1st Vanguard LP.