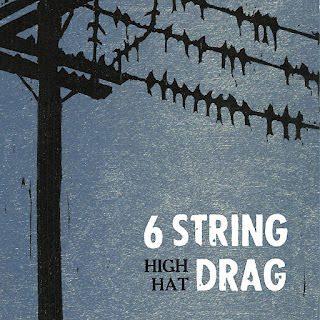 6 String Drag – High Hat (Schoolkids Records)
South Carolina’s 6 String Drag – singer/guitarist Kenny Roby and bassist Rob Keller – were one of the first signings by Jack Emerson’s E Squared Records. The other ‘E’ in E Squared, country-rock legend Steve Earle, produced 1997’s High Hat, 6 String Drag’s wonderful sophomore album. Its recent reissue on CD and, for the first time, on vinyl is a welcome reminder of the band’s talent, vision, and their status alongside fellow ‘90s-era travelers like Whiskeytown, the Bottle Rockets, and Uncle Tupelo as Americana pioneers. 6 String Drag mix up twangy, trad-flavored country, Stax-inspired Southern soul, and boisterous roots-rock on songs like the spry “Bottle of Blues,” the rowdy “Gasoline Maybelline,” or the blustery “Ghost.” Roby’s lyrics are succinct yet insightful, the arrangements deceptively complex, taking country-rock to new heights. This Schoolkids’ reissue of High Hat precedes the upcoming March release of a new LP by the band, Top of the World. Grade: A   BUY IT! 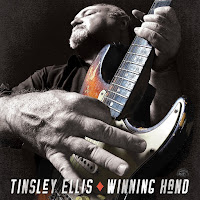 Tinsley Ellis – Winning Hand (Alligator Records)
Guitarist Tinsley Ellis has been kickin’ around the American blues scene since the late ‘70s, both with the Heartfixers and as a solo artist with better than a dozen albums to his name. Still, Ellis doesn’t get nearly enough praise for his enormous talents as a singer, songwriter, and guitarist, skills all in abundance on Winning Hand. Ellis strikes a deep groove from the first notes of “Sound of A Broken Man” and remains relentless until the final ringing tones of “Saving Grace.” Ellis is a powerful and original stylist, and while you’ll hear elements of Stevie Ray, Jimi, or Robin Trower buried in the stinging solos of songs like the bluesy “Gamblin’ Man” or the honky-tonk rave-up “Satisfied,” each performance is indelibly imprinted with Ellis’s own robust brand of blues, soul, and rock ‘n’ roll. For those who love rowdy guitarplay, it just doesn’t get better than Winning Hand. Grade: A+   BUY IT! 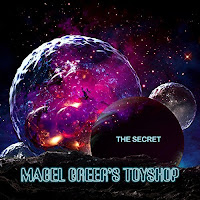 Mabel Greer’s Toyshop – The Secret (Hagger Bayley Music Limited)
Mabel Greer’s Toyshop was an enigmatic late ‘60s British band notable for evolving into the first incarnation of prog-rock legends Yes. After a name change, band members Peter Banks, Chris Squire, and Jon Anderson moved on, leaving Toyshop founders Clive Bayley and Bob Hagger as the odd men out. The duo reunited under the Toyshop name in 2014 and, enlisting bassist Hugo Barré, released a new album soon thereafter. The Secret is the band’s second post-reunion release and, as these things go, it ain’t half-bad. Adding keyboardist Max Hunt, the talented foursome create a gorgeous musical soundscape atop which Bayley’s sonorous vocals and erudite lyrics float. The late Peter Banks is represented by a guitar solo recorded long ago and incorporated into the hauntingly beautiful title track. The missing link between the psychedelic ‘60s and the proggy ‘70s, Mabel Greer’s Toyshop deliver imaginative, timeless art-rock that enchants the listener. Grade: B+   BUY IT! 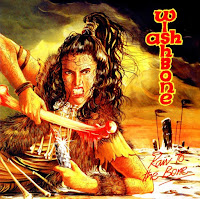 Wishbone Ash – Raw to the Bone (Cherry Red Records)
With their halcyon days behind them, British rock legends Wishbone Ash walked a hard road across the ‘80s. Classic albums like Argus had long passed, the band undergoing an identity crisis in the new decade. 1985’s Raw to the Bone displays their creative uncertainty, the band straddling the line between their trademark proggish hard rock and the era’s commercial nerf-metal, a balancing act many bands of similar vintage tried and failed. As this Cherry Red reissue shows, there’s more good than bad – tracks like “People In Motion” or “Long Live the Night” are muscular rockers showcasing the band’s instrumental prowess while a funkalicious cover of Lowell George’s “Rocket In My Pocket” is hella fun. The two-disc set includes rare radio performances from the BBC and a handful of blistering live tracks. The recently-reissued 1982 set Twin Barrels Burning is in a similar vein, but suffers from period production and arrangements. Grade: B-   BUY IT!