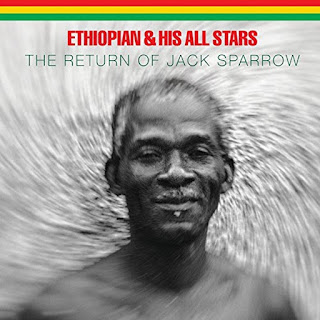 Ethiopian & His All Stars – The Return of Jack Sparrow (Omnivore Recordings)
Singer Leonard Dillon (“Jack Sparrow”) was frontman of 1960s-era reggae group the Ethiopians, which experienced some success in Jamaica. By the late ‘70s, tho’, Dillon was a solo artist then known as the Ethiopian and 1987’s The Return of Jack Sparrow (the title a callback to his original nickname) was recorded with the cream of the island’s instrumentalists, but never released when the label ran out of cash. Omnivore Recordings recently grabbed up the Nighthawk Records catalog and promptly released the LP for the first time. A hearty blend of traditional reggae, ska, and dub remixes – including remakes of several Ethiopian tracks –Dillon’s voice is in fine form here, whether revisiting his foot-shuffling hit “Train To Skaville” or trying out new material like the mesmerizing “Straight On Rastafari” or the R&B-tinged “Slender Thread.” The intermittent dub versions of songs provide a welcome shot of adrenaline to a pleasingly laid-back collection. Grade: A   BUY IT! 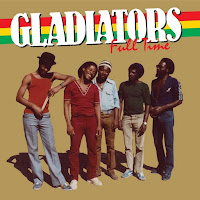 Gladiators – Full Time (Omnivore Recordings)
As part of their restoration of the Nighthawk Records catalog, Omnivore has rescued the Gladiators’ 1995 Full Time LP from obscurity and making it available to a larger audience. A compilation of sorts culled from the band’s trio of ‘80s-era albums for the defunct reggae label, Full Time is nevertheless a solid collection of mesmerizing, dub-tinged reggae. Fronted by singer/guitarist Albert Griffiths, whose pipes remind of Peter Tosh from that other reggae outfit, Gladiators’ performances often feature vocal harmonies provided by bassist Clinton Fearon and guitarist Gallimore Sutherland. With Clinton Rufus providing subtle albeit innovative lead guitar and with a solid rhythm section, Gladiators prove with tunes like “Ship Without A Captain,” the transcendent “One Love,” or the gorgeous “I’m Not Crying” that they were a self-contained, creative, cutting-edge reggae harmony band on par with the Mighty Diamonds or the pre-stardom Wailers.  Grade: A   BUY IT! 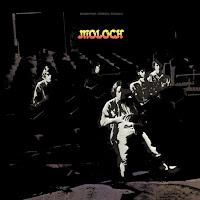 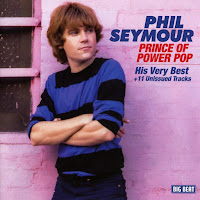 Phil Seymour – Prince of Power Pop (Big Beat Records)
Phil Seymour was an integral part of power-pop legends the Dwight Twilley Band, singing and co-writing with longtime friend Twilley. Breaking up after Shelter Records crashed and burned after just two albums, Seymour launched a modestly successful solo career mining much the same ‘60s-influenced pop-rock musical territory as his former band. Seymour scored a Top 30 hit with the lovely “Precious To Me” from his 1980 solo debut, faring less well when his 1982 sophomore effort fell victim to Boardwalk Records falling apart. Prince of Power Pop is a fine tho’ incomplete career retrospective that includes just six songs from Seymour’s debut and only two from his second LP. The selling point here is eleven previously-unreleased tracks recorded in 1980 with Seymour’s touring band, all of ‘em red-hot and ready to rock; covers of Bobby Fuller’s “Let Her Dance” and Twilley’s “Looking For The Magic” should-have-been monster radio hits. Grade: B+   BUY IT!