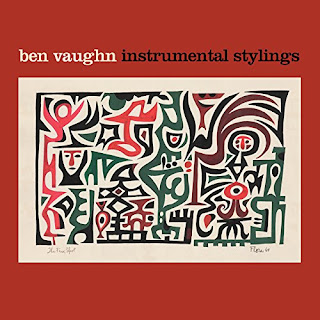 Instrumental Stylings is an often-overlooked gem in the catalog of rocker Ben Vaughan, the 1995 collection of original material spanning the breadth of Vaughan’s talents as a songwriter and musician. The album provided Vaughan’s entry into the world of TV and film scoring, and he would become the Music Supervisor for the award-winning comedy Third Rock From The Sun, penning the show’s quirky theme song, and would later work on the hit That 70s Show, which opened the door to a number of scoring opportunities. Vaughn also worked as a producer, working on albums by rockabilly legend Charlie Feathers and R&B giant Arthur Alexander as well as his collaboration with Big Star’s Alex Chilton and Suicide’s Alan Vega, Cubist Blues.

In the past 20+ years, Ben Vaughan has continued his career as a musician, producer, and composer, providing music for TV shows like Men Behaving Badly and Grounded For Life and films like Psycho Beach Party and The Independent. Vaughan has also produced albums by his friends Ween, Los Straitjackets, Mark Olson (The Jayhawks), and Nancy Sinatra as well as the soundtrack to the film Swingers. He has also released a number of albums since Instrumental Stylings, the most recent being 2016’s Piece De Resistance. Vaughan also hosts his own syndicated radio show, The Many Moods of Ben Vaughan when he’s not on the road touring. You can check Vaughan’s website to find a station airing his program. In the meantime, pick up a vinyl copy of Instrumental Stylings from Amazon.com.