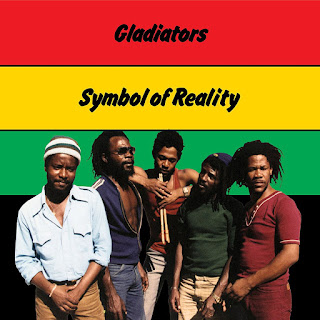 Late last year, the esteemed archival label Omnivore Recordings announced that it had acquired the back catalog of the Nighthawk Records label, which was good news indeed for hardcore reggae fans. Among the bands recording for the long-gone but revered Nighthawk imprint was the Gladiators, a legendary Jamaican outfit founded by talented singer and guitarist Albert Griffiths way back in the 1960s (long before any of us had heard of Bob Marley and the Wailers). Throughout the 1970s and ‘80s, the Gladiators released a string of acclaimed albums for various labels, including several late ‘70s discs for the British Virgin Records imprint.

Nighthawk Records was formed in St. Louis in 1976 and originally released a handful of post-WWII blues compilations before re-focusing on reggae by 1980. Before closing the doors in the ‘90s, Nighthawk had released classic reggae albums by the Itals, Justin Hinds, the Morwells and, yes, the Gladiators as well as a number of vinyl collections that compiled rare reggae singles seldom heard outside of Jamaica.

The band’s association with Nighthawk Records was a fruitful one, the Gladiators releasing a pair of classic LPs for the label in 1982’s Symbol of Reality and 1984’s Serious Thing. On April 20th, 2018 Omnivore Recordings will reissue both albums on CD, remastered and with expanded track lists. This is the second wave of Nighthawk reissues from Omnivore, the first including the Gladiators’ 1995 compilation LP Full Time and the previously-unreleased Ethiopian & His All Stars’ album The Return of Jack Sparrow. Both the Gladiators’ Symbol of Reality and Serious Thing are being reissued with previously-unreleased bonus tracks. 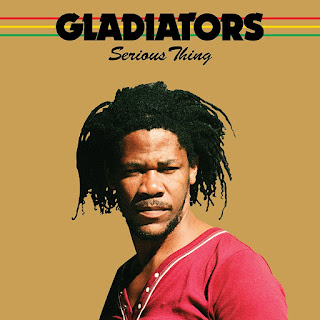 With Symbol of Reality, the band’s Nighthawk Records label debut, the Gladiators revisited their own back catalog, re-recording songs like “Dreadlocks the Time Is Now” (as “Streets of Gold”) and “Big Boo Boo Deh” (renamed “Cheater”). They also recorded a pair of Bob Marley tunes in “Small Axe” and “Stand Alone.” The Omnivore reissue includes the original ten-song LP as well as the two bonus tracks that appeared on the previous 1997 CD reissue, as well as four unissued tracks. For Serious Thing, the band added more social commentary to their material, including topical original songs like “Freedom Train” and “My Thoughts” along with re-recordings of vintage tunes like “Rearrange” and “Fling It Gimme.” This reissue also includes six previously-unreleased bonus tracks, including dub versions like “My Thoughts Instrumental Dub” and “Good Foundation Dub.”

According to Griffiths, quoted in a press release for the new reissues, “Dread is me culture, know wha’ I mean? Me could not a sing reggae music and really be a man that trim. Ha fe be a dread. When I say dread, a Rastaman, know wha’ I mean? I ha fe dread because every song that I sing is dread. The way I sing it is dread. Yeah, the music itself dread . . . A real reggae singer ha fe be forceful. A forceful reggae singer will always survive. Reggae music, man – it might look simple, but it naw so simple, you know. You ha fe ready and you ha fe ready with the punch. You ha fe ready to attack and very swift. You see a karate man punch a man, you know, and move again. Well it’s just same way reggae. You ha fe tense your body to sing reggae.”