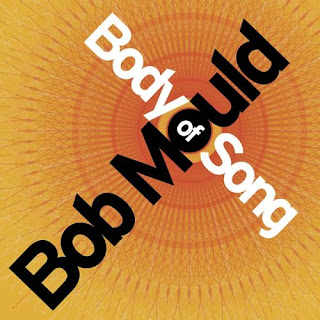 Regarded as Mould’s first “rock” album in seven years (following 2002’s electronica-dominated Modulate), Body of Song does represent a significant return to form for one of rock music’s most electric and intriguing creators. Picking up the guitar again after a long hiatus away from the instrument, Mould has managed to regain the incredible six-string skills he once displayed, pushing beyond his trademark droning chords to incorporate big riffs and jazzy flourishes hidden beneath the constant sonic assault. Mould has not given up on his enchantment with electronica and rhythm-fueled tunes; instead he has found a way to incorporate elements of the dancefloor into the guitar-driven three-to-four-minute rock song format. In doing so, Mould has made the material palatable, as it were, for the hardcore rocker adverse to anything showing even the slightest hint of electronic tinkering.

Although Body of Song isn’t quite the masterwork that alt-critics desperately wanted it to be, it’s a good, strong album with many memorable moments and, at times, it rocks every bit as hard as Hüsker Dü ever did. Strangely enough, for this old school punk rock fan, the tunes that bite these ears the hardest are also those that show the most electronica influences. “(Shine Your) Light Love Hope,” with its vocoder-altered vox, benefits from the constant rhythms of Fugazi drummer Brendan Canty, showing remarkably fluid timekeeping, while Mould uses his multi-layered and processed vocals as the lead rhythm instrument. “Paralyzed” walks the closest to Mould’s past, highlighting the singer’s vastly underrated vocal skills and wonderful sense of melody, chiming guitars augmented by a wicked recurring synth riff. “Always Tomorrow” benefits from modern studio wizardry, its technologically-dependent texture supported by Mould’s almost whispered vocals.

True, Bob Mould’s music doesn't make quite the splash that it once did, with the impact of the man’s talents diminished somewhat by time and familiarity. Mould’s talents as a songwriter, singer, and musician remain as sharp as a razor, however, and if his unpredictable artistic nature puts off those expecting “Dü II,” then the loss is theirs to suffer, not Mould’s. As shown by Body of Song, Mould still has quite a bit to say, even if his musical vocabulary has become less caustic and more subtle with age. (Yep Roc Records, released July 26, 2005)

Buy the CD from Amazon.com: Bob Mould’s Body of Song