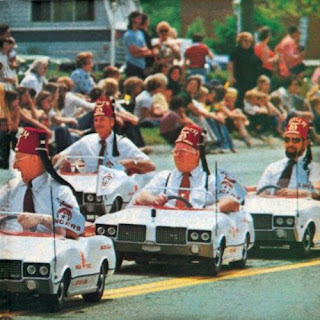 Although they’re often underrated when mainstream pundits revise the history of punk rock, the Dead Kennedys were nonetheless one of the most influential and important bands in hardcore America. They provided a voice of sanity during the Reagan era and set the lyrical stage for other politically-oriented bands like Rage Against The Machine and Corporate Avenger.

This CD reissue of 1985’s Frankenchrist is part of Manifesto’s overall revamping of the Dead Kennedys’ catalog; this being the band’s third and, perhaps, most notorious album. The original vinyl release included a fold-out poster by Swiss surrealist artist H.R. Giger that led to the arrest of DK frontman Jello Biafra on obscenity charges. Although Biafra eventually won the case, the attempted censorship and subsequent legal trials and tribulations broke the DKs apart.

Strangely enough, Frankenchrist is long way from being the band’s best album (a spot still reserved by Fresh Fruit For Rotting Vegetables, their debut). Frankenchrist may be the most politically-strident release in the DKs catalog, but it eschews the satirical good humor of earlier efforts in favor of more poisonous lyrical barbs. Musically, it is perhaps their most accomplished effort, with guitarist East Bay Ray, bassist Klaus Flouride, and drummer D.H. Peligro coming into their own as instrumentalists. The album kicks off with a mutant surf guitar riff, “Soup Is Good Food” documenting the early days of corporate “downsizing” and the hidden costs of consumerism.

Biafra’s “Chicken Farm” offers a wicked raga-flavored guitar riff beneath a chilling tale of life during wartime. “MTV - Get Off The Air” points out the enervating, soulless corporate nature of “music television” while the pedestrian lyrics of “At My Job” are matched with a brilliantly martial undercurrent courtesy of some strange time changes and recurring rhythms. Biafra’s “Stars and Stripes of Corruption” would later be revisited in spoken word form but here it sports an unrelenting guitar attack punctuating Biafra’s unique and powerful vocals.

At the time, the Dead Kennedys were a perfect fit between Biafra’s often-brilliant social commentary and the player’s hardcore punk assault. Biafra’s manic performances are legend, the energy and passion that he and the band brought to the material unmatched by any punk band in the decade and a half since. (Manifesto Records, released September 11, 2001)