Archive Review: The Immortal Lee County Killers’ These Bones Will Rise To Love You Again (2005) 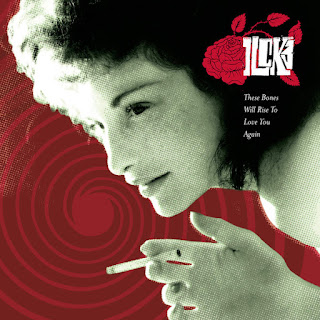 Just a mere two years after the White Stripes won massive critical acclaim for their attempts to reinvent the blues-rock idiom with a bastard hybrid of shambling electric blues and garage rock fervor, the Immortal Lee County Killers came roaring out of Alabama with The Essential Fucked Up Blues. Taking the blueprint so carefully constructed by Jack White, the ILCK’s Chetley Weise scribbled some notes on a brown paper bag and then proceeded to toss the White Stripes’ formula into a meat grinder of distorted guitar riffs and primal, explosive percussion. Punker, bluesier and far more powerful than the Stripes’ media-approved soundtrack, the Immortal Lee County Killers kicked out the jams with Son House spirit and Black Flag attitude.

A few years have passed by now, Jack and Meg became a tabloid sideshow, and the bloom has fallen off the rose of punk-blues or garage-blues or whatever the hell you want to call it. R.L. Burnside is dead and many of those bands that once pursued rock ‘n’ roll stardom with a washed-out, carbon-copy blues-rock sound have now become ‘80s new wave revival bands. Shudder. The Immortal Lee County Killers, however, are seemingly, well…immortal…the band carrying on with a new line-up and a more mature sound on album number three. Don’t fear, erstwhile ILCK fans, because even though Cheetah and his crew have expanded their sound beyond the delightful musical trainwrecks of The Essential Fucked Up Blues and Love Is A Charm doesn’t mean that the band has lost its way. They still hit your ears like the less-desirable business end of a shotgun blast.

If anything, These Bones Will Rise To Love You Again is even meaner and scarier than the ILCK’s previous two albums, the band incorporating more elements of Southern soul and ‘60s psychedelica into the creative palette of their lo-fi aesthetic. “Turn On the Panther,” for instance, includes tough-as-nails sonic distortion courtesy of Weise’s over-amped guitar, Toko the Drifter’s percussive drumming filling in with lightning-and-thunder intensity. Jon Spencer’s “Revolution Summer” is the same sort of blues-influenced, three-chord hard rock that won the MC5 everlasting notoriety, the ILCK covering the song with a chaotic clashing of vocals and instrumentation. “Boom Boom” is the sound of the music industry imploding, a cacophonic death rattle writ larger-than-life with unrelenting percussion, manic vocals and some of the squonkiest guitar that you’ll hear outside of East Village jazz clubs.

“The Damned Don’t Cry” evokes the late, great R.L. Burnside, the song’s martial rhythms and almost-chanted lyrics creating an air of menace, its roots in the Mississippi Hill Country and its sound straight out of Junior Kimbrough’s juke joint. Even slower, more deliberate numbers like “Lights Down Low” evince a certain swamp water consistency, the song a cross between a funeral dirge and a tent revival while “No More My Lord” is a spiritual plea for relief in a Blind Willie Johnson vein. The addition of keyboardist Jeff Goodwin was definitely a good move, providing the band with another talented songwriter and complimenting the material with an instrumental style that sounds like Deep Purple’s Ian Gilliam, Jerry Lee Lewis and Booker T jamming together at the Stax studios in Memphis.

For all of his bluster, drummer Toko the Drifter is capable of both tornado-force blasts and subtle, jazzy flourishes while Chet Weise is a six-string madman throwing razor-sharp riffs like ninja death stars and pounding out earth-scorching leads like bolts from the meaty paw of Zeus. Weise’s understated lyrical style is short on nonsense and long on imagery, the underrated wordsmith throwing together minimalist blues-haiku that says what it needs to and then gets the hell outta the way of the general instrumental din. These Bones Will Rise To Love You Again is both a fine garage blues workout and an encouraging third album, displaying the Immortal Lee County Killers’ evolution from a loud, badass duo with lots of heart into a loud, baddass trio with lots of heart and soul. These Bones Will Rise To Love You Again will kick you in the ass and leave you asking for another boot….and folks, it just doesn’t get any better than that! (Tee Pee Records, released 2005)