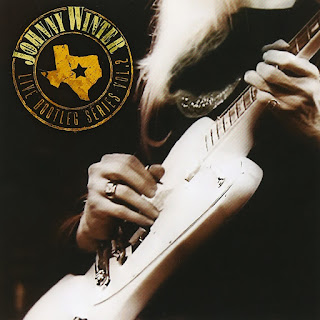 When blues-rock guitarist Johnny Winter first hit the scene back during the late 1960s, audiences had no idea of what to make of the albino whirlwind from Texas. Rising out of the Beaumont, Texas bar scene, a 1968 Rolling Stone magazine article propelled the young bluesman to national prominence. Winter subsequently signed with New York club owner Steve Paul's for management and grabbed a label deal with Columbia Records. Winter's self-titled label debut was released by Columbia in 1969.

Winter released a number of critically-acclaimed blues-rock and roots-rock albums throughout the 1970s, including Second Winter and Still Alive and Well with Rick Derringer. In the early 1980s, Winter began his slow turn towards the blues, leaving Columbia Records after more than a decade and signing with noted blues label Alligator Records. Working with Alligator, Winter created a number of albums such as Third Degree and Guitar Slinger that have since become considered classics of hard blues.

Winter has always been his best in a live atmosphere, and the fretburner has released a number of dynamic live sets on vinyl and CD throughout his career. Live Bootleg Series, Vol. 2 is the second collection of live material culled from Winter's private collection. Recorded with a power trio that included bassist Jon Paris, who toured with Winter circa 1978 to '89, and drummer Bobby T, Live Bootleg Series, Vol. 2 offers up a red-hot and scorching set list of Winter's favorite blues songs.

Live Bootleg Series, Vol. 2 features Winter's take on songs by legends like B.B. King, Mose Allison, Jimi Hendrix, and Robert Johnson as well as an a song by obscure bluesman Willie Brown, and a lone Winter original. Winter's performances here are reckless, rockin', and a heck of a lot of fun. Winter's own "Black Cat Bone," for instance, is a Chicago-style rave-up with dancing fretwork and a steady shuffling beat, complimented by Paris' solid harp playing. Paris and Bobby T add a wide, loping groove to Allison's "Parchman Farm," Johnny laying his excited leads atop the rhythm.

The classic B.B. King song "Rock Me Baby" features Winter's bluesy Texas drawl belting out the lyrics, supported by some frenetic riffing and booming drumbeats. It's the obscure Willie Brown cover, "Mississippi Blues," that acts as the centerpiece of Live Bootleg Series, Vol. 2, however. With Paris blastin' away at the harp, Winter uses every inch of the 15-minute performance to paint a complex portrait of the blues, combining his passionate vocals with a variety of single-note leads, incredible slidework, and tough riffs. Robert Johnson's "Crossroads" is guitar-driven romp across the Delta, while Hendrix's "Red House" is the perfect showcase for Winter's explosive guitar technique.

Although Live Bootleg Series, Vol. 2 only features six songs, all of 'em are real barn-burners, and only one clocks in at less than seven-minutes-plus, leaving plenty of time for Winter's extended slide-guitar jams. The album lives up to its "bootleg" status with less-than-pristine sound quality … OK, so most songs sound like they're being played in a tin can … and the album itself offers little or no information on the performances included, such as date or venue. Minor notes, to be sure, 'cause the music is what matters. Fans of guitar blues and blues-rock certainly won't be disappointed … just turn up the volume and let Johnny Winter rock the house! (Friday Music, released January 12, 2008)