It’s long been the Holy Grail of underground comix collectors – the publication of a collection of long-ago issues of the infamous Zap Comix in graphic novel form. Arguably one of the best-selling series in underground comix history, with sales rivaling those of many mainstream comic titles, Zap offered readers scatological humor, scathing social and political satire, and artwork unlike anything we’d seen before. From the first gang of counter-culture revolutionaries like Robert Crumb, Gilbert Shelton, Spain Rodriguez, and S. Clay Wilson to the second wave of alternative talents like Daniel Clowes, Chris Ware, and Charles Burns, the pages of Zap Comix provided an invaluable forum for artists to hone their craft.

On December 6, 2014 Fantagraphics Books will release The Complete Zap Comix, a beautiful six-volume hardback box set with slipcase, 900+ pages that features all 16 issues of Zap Comix published between 1968 and 2005, as well as a previously-unpublished 17th issue with work by Crumb, Shelton, Rodriguez, and others. Also included in the set is a portfolio of Zap covers by the series’ eight original artists, replicated from high-resolution scans and proofs, and specially printed for the edition on acid-free, 100% cotton fine-art paper with archival pigment inks. The set includes an introduction by Zap Comix founder Robert Crumb and an oral history of Zap (and, thus, underground comix) by writer Patrick Rosenkranz (author of the fine Rebel Visions).

The first issue of Zap Comix was published in a modest print run of 3,500 copies in 1968 by Apex Novelties, with Robert Crumb writing and drawing the entire comic himself. For Zap Comix #2, Crumb brought in brought in a diverse bunch of talented fellow travelers like Shelton, Rodriguez, Robert Williams, and two well-known SF area psychedelic poster artists, Victor Moscoso and Rick Griffin. Zap was published sporadically, with years often passing between issues, but the level of talent involved remained impressive throughout the series’ run, and Zap was arguably responsible for changing the comic industry, freeing artists and writers to create the stories they wanted to tell without censorship or boundaries.

Unfortunately, considering the posh presentation provided The Complete Zap Comix by Fantagraphics, the set sports a $400+ price tag that is accessible to only the most well-heeled of rabid fanboys, leaving those of us with more modest bankrolls to drool with desire. Hopefully the publisher will consider splitting the series into individual volumes somewhere down the road like with The Complete Crumb Comics (how about five or six full-color paperbacks with $29.95 cover prices?) so the rest of us can revisit the vital, radical, influential cultural game-changer that was Zap Comix. 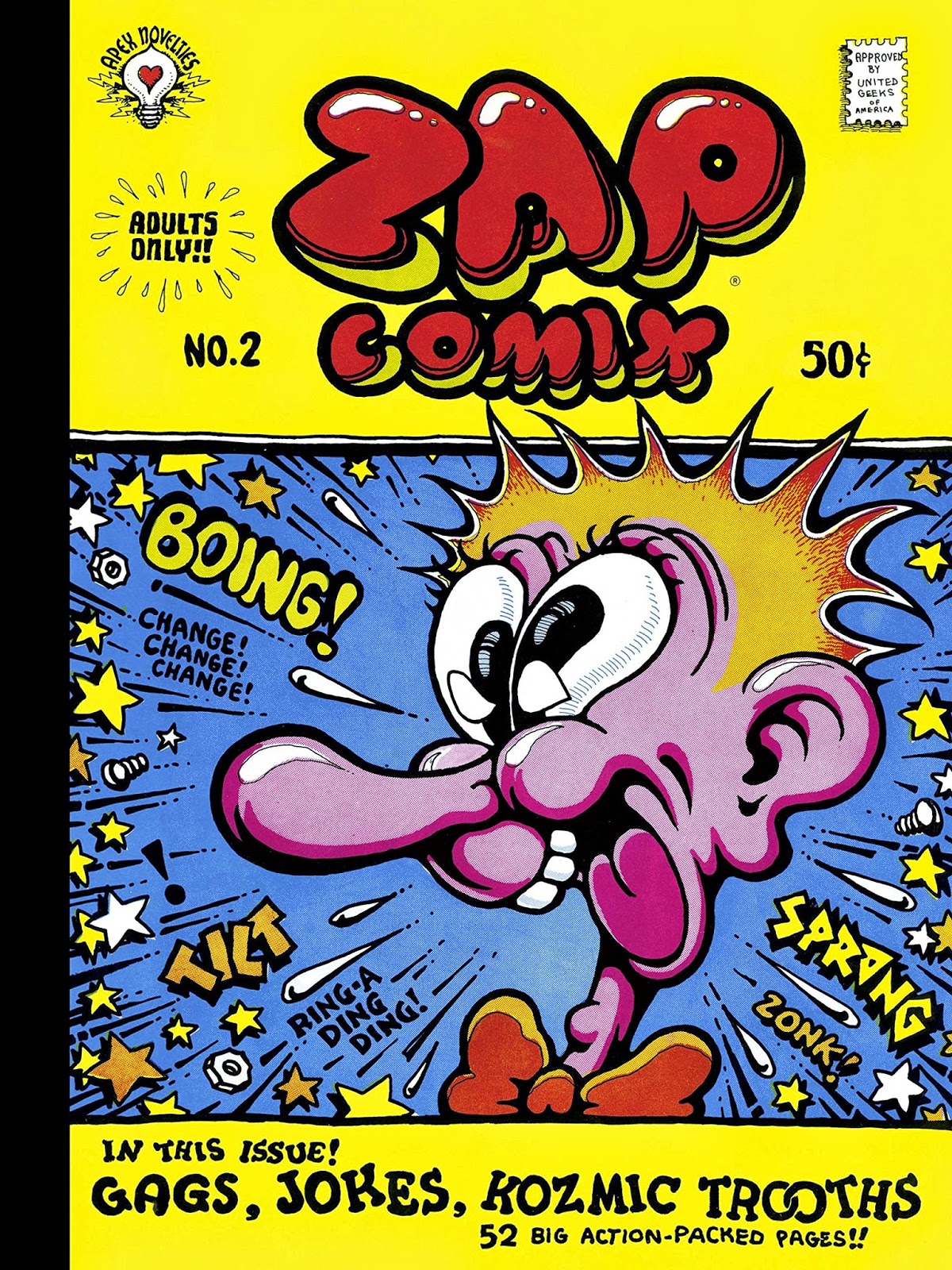