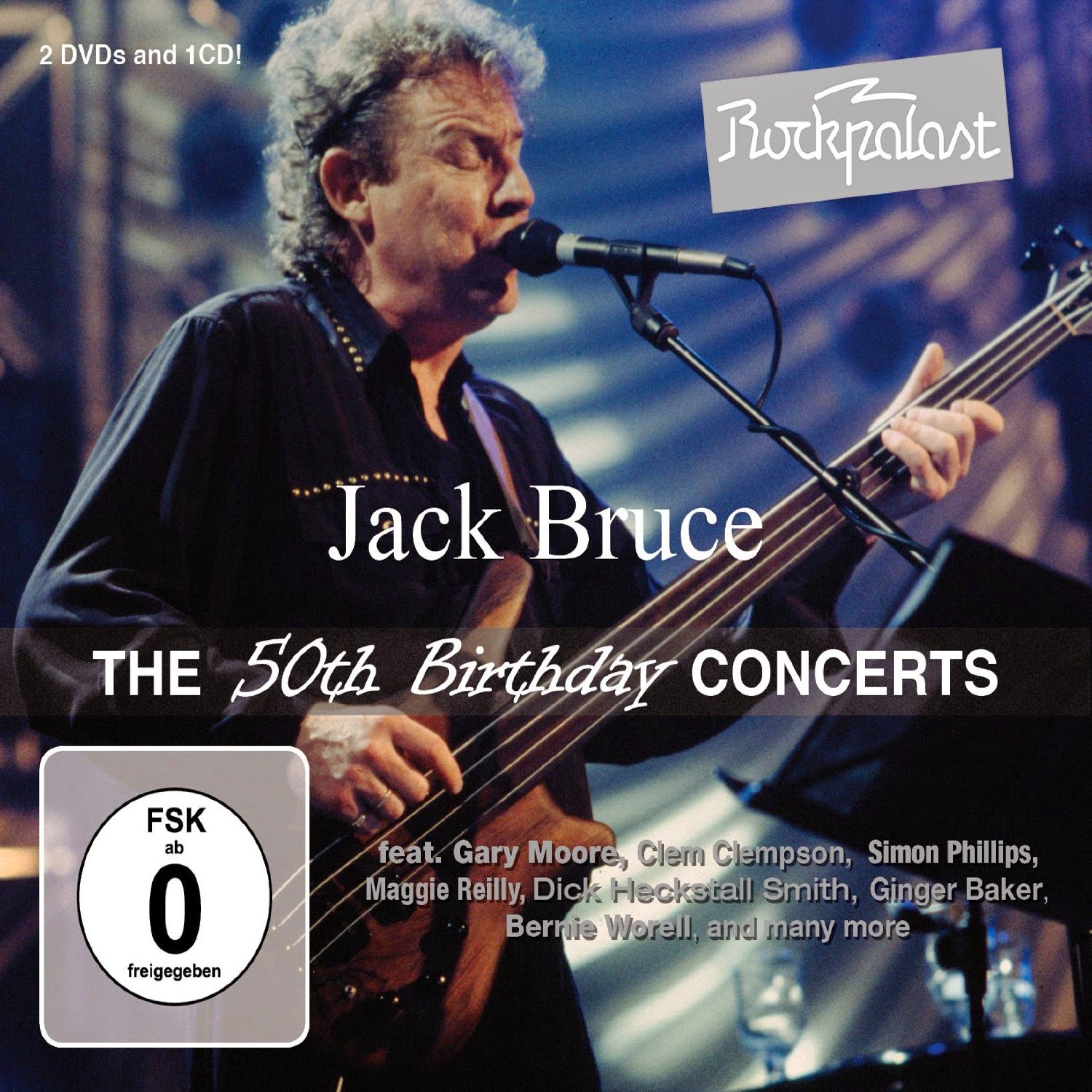 The late Jack Bruce made a lot of great music before his death last month, and just about everything he recorded during his lengthy career – his work with Cream, the power trio West, Bruce & Laing, and his numerous solo albums, from Songs For A Tailor and Harmony Row to this year's Silver Rails – features expressive, imaginative, entertaining, and adventuresome music.

Way back in 1993, Jack Bruce celebrated his 50th birthday with a pair of November shows at the E-Werk in Cologne, Germany that featured a number of his famous and talented friends. Former Cream drummer Ginger Baker made the party, as did noted British saxophonist Dick Heckstall-Smith (who played on Bruce’s early solo albums) and former Humble Pie guitarist Clem Clempson. Funkadelic guitarist Bernie Worrell and former Thin Lizzy guitarist and solo star Gary Moore joined the celebration, as did a number of other special guests like singer Maggie Reilly, pianist Gary Husband, and drummer Simon Phillips.

The performances were taped for the popular German TV show Rockpalast, and parts of them were originally released in 1994 as the two-disc Cities of the Heart. Sadly, that album suffered from poor distribution, and the concerts virtually disappeared memory. On December 2, 2014 however our good friends at MVD Entertainment are resurrecting this important slice of rock ‘n’ roll history with the release of The 50th Birthday Concerts starring Jack Bruce and friends.

The performances will be released in a number of formats, including a double-DVD set featuring almost four hours of music; a three-disc set that includes the two DVDs and a bonus CD, The Lost Tracks, as well as a 12-page booklet with new liner notes and unreleased photos; and a deluxe four-disc box set with three DVDs and the CD, the bonus DVD including interview footage.

Reflecting the entirety of Bruce’s career, The 50th Birthday Concerts includes a smorgasbord of rock, blues, and jazz music including many gems from the Cream songbook like “Sunshine of Your Love” (featuring Bruce’s legendary bass riff), “White Room,” “Politician,” and “Spoonful,” as well as the classic “Theme From An Imaginary Western,” from Bruce’s 1969 solo debut Songs For A Tailor. A number of previously unreleased songs that have been sitting in the archives will be included on the new set, including versions of “Blues You Can’t Lose” and the acoustic “Rope Ladder To The Moon,” and alternative performances of other songs.

The 50th Birthday Concerts is a fitting tribute to one of the rock music world’s essential talents, and for those unfamiliar with Jack Bruce’s enormous musical legacy, it’s also a good place to discover an incredible artist.