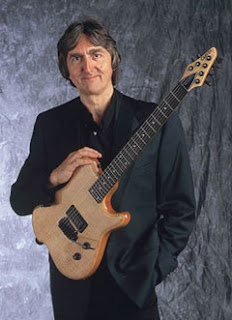 Innovative prog-rock and jazz fusion guitarist Allan Holdsworth passed away over the weekend with no cause of death given; Holdsworth was 70 years old.

Although Holdsworth wasn’t well-known outside of a small, loyal group of fans (including many fellow musicians), he made a lot of music over the past four decades, sustaining a moderately-successful career right up to his death. The British-born guitarist released eleven studio and three live solo albums over the years, beginning with 1982’s I.O.U. and running through 2003’s Then!, including such critically-acclaimed works as Metal Fatigue (1985) and The Sixteen Men of Tain (2000).

Holdsworth may be as well known for his musical associations as he is for his solo work. During the ‘70s, he was a member of jazz-rock outfit Nucleus, appearing on their 1972 album Belladonna, and of prog-rock band Tempest, performing on their self-titled 1973 debut. Throughout the rest of the decade the guitarist would play with several bands and artists, including Soft Machine, the New Tony Williams Lifetime, Pierre Moerlen’s Gong, Bill Bruford, and Jean-Luc Ponty. When former Yes drummer Bruford formed the prog-rock supergroup U.K. with Eddie Jobson and John Wetton, he recruited Holdsworth as the band’s guitarist, and he appears on the band’s self-titled 1978 debut album. 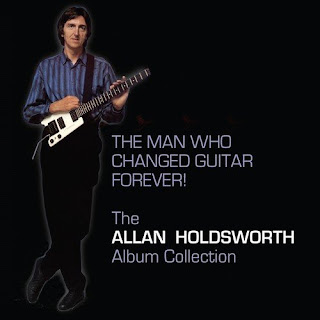 Holdsworth’s style of guitar defies pigeonholing, the highly knowledgeable and technically-oriented string-bender pushing back at the restrictions of the rock and jazz music to create entirely unique and innovative sounds that wouldn’t appeal to the mainstream rock fan. Nevertheless, Holdsworth’s influence can readily be heard in the music of artists as diverse as Eddie Van Halen (an early champion of Holdsworth’s talent), Joe Satriani, Yngwie Malmsteen, John Petrucci (Dream Theater), and Alex Lifeson (Rush). Frank Zappa once said of Holdsworth that he was “one of the most interesting guys on guitar on the planet” and blues-rock guitarist Robben Ford compared Holdsworth to jazz legend John Coltrane.

Sadly, Holdsworth was still performing at an incredibly high level, touring and recording at the time of his death. Interest in Holdsworth's career remains high, and an impressive twelve-CD box set including all of his solo albums as well as unreleased bonus tracks was released shortly before his death. Although not the best-known of instrumentalists, Allan Holdsworth was the guitar hero’s “guitar hero” and he will be missed...