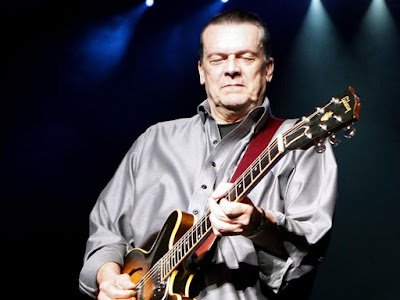 Born John Warren Geils, Jr. in New York City, Geils grew up in New Jersey, developing an interest in jazz and blues music, especially artists like Muddy Waters and Howlin’ Wolf. Geils’ first instrument was the trumpet, but he picked up the guitar when he went to college in Massachusetts. As “John Geils,” he formed the acoustic blues trio Snoopy and the Sopwith Camels in the mid-1960s with bassist Danny Klein (a/k/a Dr. Funk) and harmonica player Richard Salwitz (a/k/a Magic Dick). In 1968, they changed their name to the J. Geils Blues Band, recruiting drummer Stephen Bladd and singer Peter Wolf (nee Blankenfeld). They added keyboardist Seth Justman later that year, dropped ‘Blues’ from the band’s name, and began gigging heavily in the Boston area. 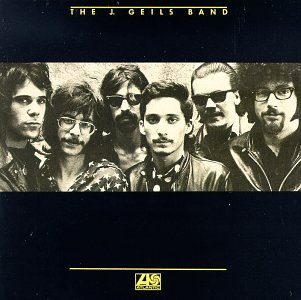 As the J. Geils Band, they quickly developed a loyal regional following based on the band’s high-energy live performances, characterized by Wolf’s charismatic stage presence, Magic Dick’s manic harp playing, and Geils’ underrated six-string skills. Signed to Atlantic Records in 1970, the band toured constantly throughout the year, opening for artists like Johnny Winter, B.B. King, and the Allman Brothers Band. They released their self-titled debut album in November 1970, receiving FM radio airplay for their first single, a scorching blues-rock cover of the Contour’s Motown hit “First I Look At The Purse.” The album included a number of original tracks penned by Wolf and Justman mixed with high-octane covers of blues and R&B classics from artists like Otis Rush (“Homework”), John Lee Hooker (“Serves You Right To Suffer”), and “Sno-Cone” (Albert Collins). The album would barely inch onto the Billboard chart at an encouraging #195.

The Morning After, the band’s sophomore effort, followed in 1971 and scored the Geils’ crew a Top 40 hit with a cover of the Valentinos’ R&B gem “Lookin’ For A Love,” which earned the band a presence on AM radio. The album followed much the same blueprint as the debut, mixing original songs with inspired covers of material from Don Covay (“The Usual Place”) and Juke Joint Jimmy (“Whammer Jammer”), pushing the album to #64 on the charts. The band’s commercial rise continued with 1972’s “Live” Full House, which was representative of the band’s enormous onstage dynamic and which would subsequently set up the success of 1973’s Bloodshot album, which would become their first Top 10 album on the strength of their Top 30 hit single “Give It To Me.” 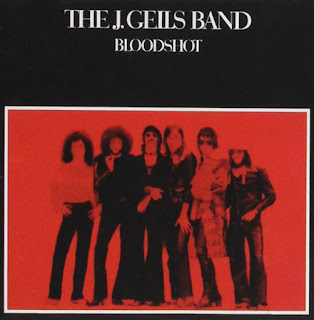 The J. Geils Band stumbled a bit through the mid-to-late ‘70s, releasing a series of mostly uninspired albums that enjoyed varying commercial returns as the band largely eschewed their normally well-chosen cover tunes in favor of weaker original material. They bounced back creatively with 1978’s Sanctuary, which represented an artistic breakthrough for the Wolf/Justman songwriting team as they started mixing in melodic pop with their blues-rock roots. This slight change in musical direction resulted in 1980’s hit album Love Stinks, which scored a pair of hit singles – the title track and “Come Back” – on its way to Top 20 chart standing and eventual Gold™ Record status.

The band’s pop-oriented direction was amplified by the J. Geils Band’s 12th studio album, 1981’s Freeze-Frame, for which Justman shouldered the lion’s share of the songwriting. Released at the dawn of the MTV era and benefiting from constant video airplay, the single “Centerfold” would hit #1 on the U.S. charts and #3 in the U.K. while the title track itself would hit #4 on the U.S. charts, earning the band its first number one charting album and a Platinum™ Record. Wolf left the band to pursue a solo career after the release of their third live album, 1982’s hit Showtime! The J. Geils Band released just one more album, 1984’s You’re Gettin’ Even While I’m Getting’ Odd, with Justman taking over the microphone. The poorly-selling album proved to be the band’s swansong, and they broke up in 1985. 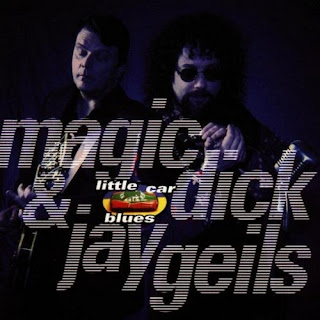 For his part, Geils took a nearly decade-long hiatus from the music biz after his namesake band broke up. Fascinated since childhood with cars and auto racing – especially Italian sports cars – Geils opened KTR Motorsports, a restoration shop in Carlisle, Massachusetts to service vintage imports from European manufacturers like Ferrari and Maserati. Geils also participated in auto racing, and drove in several races a year during the 1980s. He would sell KTR Motorsports in 1996, but would stay involved in auto restoration for years afterwards.

Geils inched back into music in the early 1990s, producing a 1992 album by former bandmate Danny Klein. Geils later formed the band Bluestime with Magic Dick, releasing a critically-acclaimed self-titled album in 1994, following it up with Little Car Blues two years later. Geils teamed with guitarists Duke Robillard and Gerry Beaudoin as New Guitar Summit, releasing two albums in 2004, and the guitarist would release his first bona fide solo album, Jay Plays Jazz!, in 2005. The first J. Geils Band reunion took place in 1999 for a thirteen-date tour, and they would reunite several times over the following decade. When the band went on tour without him in 2012, Geils filed an unsuccessful lawsuit against his former bandmates over the use of his name for the tour.


The J. Geils Band was first nominated for the Rock & Roll Hall of Fame in 2010, but fell short in the votes needed for induction; they also failed with their 2016 nomination and will be eligible for induction again in 2018. This is an egregious oversight on the part of hall voters. The J. Geils Band represented a huge step forward in the evolution of blues-rock during the early 1970s, introducing many white teenage fans to the blues and R&B genres with their spirited covers of often obscure tunes.

Jay Geils was a vastly underrated guitarist whose contributions to the band that bore his name were often overshadowed by the larger-than-life personalities of his other band members. Nevertheless, Geils was an innovative guitarist with deep musical roots, and his influence can be found in a generation of musicians that followed in his wake.