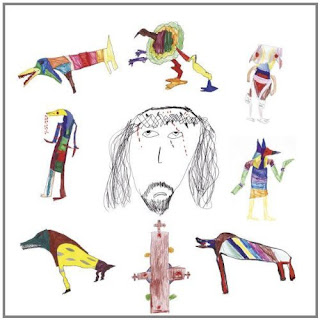 From Devendra Banhart to Sufjan Stevens, lots of folkies are gettin’ their freak on these days, and none of these humble troubadours is freakier than Mr. David Tibet. The stunning genius behind the ever-evolving collective that is Current 93, Tibet made his bones during the heady industrial-music daze of the mid ‘80s. Slicing and dicing and experimenting in sound effects with Burroughsian zeal, Tibet’s collaborative efforts with fellow travelers like John Balance (Psychic TV/Coil) and Steven Stapleton (Nurse With Wound) throughout the decade were complex, dark-hued and hauntingly beautiful tone poems that often verged on madness.

Somewhere along the way, Tibet got in touch with his inner-folkie and throughout the ‘90s he pursued his unique vision of “apocalyptic folk,” combining the adventurous musical experimentation of his early work with traditional and often exotic acoustic instrumentation. The resulting recordings were brilliant and challenging, the meager instrumentation pushing Tibet’s quivering vocals to the forefront, his voice wrapped around mystical tales and somber dirges. It is unlikely that Tibet ever thought that his work would impact an entire genre of music, albeit one as marginal as the current “avant folk” movement, but two-dozen years after his initial recording, Tibet’s importance and influence continue to grow.


Black Ships Ate the Sky is Current 93’s first album in five years, a stunning collection that is both eerily alluring and magnificent in the breadth of its emotion and instrumentation. Working with his old friend and frequent collaborator Stapleton, guitarists Michael Cashmore and Ben Chasny, and cellist John Contreras, as well as guests like Marc Almond, Bonnie ‘Prince’ Billy and the legendary British folklorist Shirley Collins, Tibet has created a work for the ages. Black Ships Ate the Sky is, says Tibet, “the closest I have come to picturing what I hope, and feel, and love, and fear.”

“Yeah,” you say, “all this hyperbole is well and good. But what does the damn album sound like?” Well, gentle reader, Current 93 defies categorization or comparison, refuses to be pigeonholed, and laughs in the face of mundane, focus group-driven trends. Current 93 simply is. As for Black Ships Ate the Sky, imagine the sweatiest, most flesh-tingling wet dream that you’ve ever enjoyed, and combine it with the most frightening, horrible, spine-tingling nightmare that you’ve ever suffered through. That’s the sound of Current 93. Black Ships Ate the Sky is bracketed by eight varying versions of the ancient hymn “Idumea,” each sung by a different vocalist, providing thematic continuity through the album and a foundation for Tibet’s ruminations on our final judgement, which take on a Biblical intensity.

David Tibet’s voice cuts through the mix like the Reaper’s scythe, a siren’s call to salvation or damnation – depending on your perspective – and the choice is entirely up to you. The instrumentation is at once both perverse and gossamer, a soundtrack to purgatory; Norwegian death metal bands dream of writing music this extreme. The guitars rumble, at times, like the four horsemen on a three-day drunk while delicate notes dance across the lyrics like fireflies in a mating frenzy. Punctuated by found voices grabbed from the ether, Tibet’s lyrics are obsessed with intangibles such as love and fear, and by the cold realities of death and loss. This is “folk” music only by the furthest stretch of the imagination, Tibet and crew bending and stretching the form for their own use, musicologists collecting random sounds and influences from across the globe in a quest to create a new folk idiom for the post-industrial age.


Confused? Now you know how I always feel after listening to a Current 93 album. The experience is exhilarating and infuriating, the music, vocals and lyrics working on both a conscious and subliminal level. This is the musical nirvana that fringe-folkies from Mike Heron and Vashti Bunyan to the current crop of talents have attempted to achieve for nearly half a century now. Current 93 combines the best of industrial music’s myriad of influences with classic British folk, a mystical tradition and a global vision to create both the most challenging and the most seductive music that you’ll ever hear...and you’ll never hear anything else like it in this world. (Durtro Jnana Records, released May 23rd, 2006)