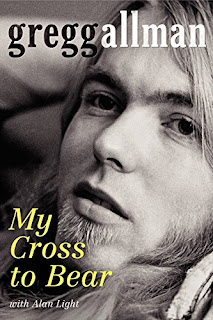 Depending on your perspective, either the Allman Brothers Band’s Gregg Allman is the consummate classic rock vocalist, or he’s a Southern rock icon, or maybe you look at him as a blues-rock singer of no little talent. Or maybe Allman is all three…no matter how you view him, Allman’s musical contributions simply cannot be overstated. A soulful vocalist with a deep, rough but warm voice; a pretty decent songwriter with a blue collar lyrical slant; and a skilled musician capable of laying down tasty notes with both guitar and keyboards, Allman is often all things to all listeners.

Gregg Allman’s My Cross To Bear

Allman has experienced a lot of life in his 65 years, and in early 2012 he decided to share a few of his many stories with the publication of his autobiography, My Cross to Bear (written with the help of music journalist Alan Light). Perhaps it was the onset of serious health problems that inspired Allman to immortalize aspects of his life on the printed page, or maybe it was just the once-in-a-lifetime chance to air his side of the story. Either way, in the wake of a life-threatening bout with Hepatitis C which necessitated a liver transplant, Allman decided to document his storied career with this free-flowing bio.

Born in 1947 in Nashville, Tennessee but raised in Florida, Gregory Lenoir Allman was the younger of two children raised by a single mother after the tragic murder of his father when he was a child. His older brother, of course, was blues-rock guitar legend Duane Allman, and while the two brothers often fussed and feuded as only siblings can, Allman credits his big brother for a lot of his career success, Duane’s coaxing, threatening, cajoling, and support frequently browbeating the younger Allman into staying the course in their shared pursuit of fame and fortune. Duane was the true believer, and if Gregg strayed a bit off course after his brother’s untimely death, his indomitable spirit continues to inspire the younger Allman to this day. With My Cross to Bear, Allman spends around the first 25% of the book remembering his (and his brother’s) tumultuous childhood with great affection.

This 25% of the book is an appropriate percentage to spend on Gregg’s formative years, as the two brothers were virtually inseparable until Duane’s death in 1971, and the guitar wizard – originally taught, interestingly, the rudiments of the instrument by Gregg – was involved in all of the younger brother’s first bands. Allman runs through these “character building” years with some brevity but no little insight, outlining the travails, poverty, and struggle for musical integrity he and Duane suffered through with bands like the Allman Joys and Hour Glass during the mid-to-late-1960s. Interestingly enough, the older Allman’s obvious six-string skills went unrecognized during this period, as the label Hour Glass had signed with groomed Gregg as the band’s resident rock star. Allman obviously disliked his short time in Hollywood, but it would obviously bring experience he couldn’t have duplicated if he’d stayed in Florida.

While Gregg struggled in California, Duane relocated to Muscle Shoals, Alabama where he found fame as an in-demand session guitarist and would lay down the foundation of what would become the Allman Brothers Band. When the call came from his big brother, Gregg was ready to flee from the West Coast, and Allman goes into detail on the forming of the band’s unique sound, the band’s early efforts to be recognized, and their “never say die” musical aesthetic that led directly to their acclaimed “jam band” pioneering which placed an emphasis on instrumental virtuosity and on-stage dynamics. Allman spends better than half the book on the band, and rightfully so since that’s what the fans wanted and expected, and he pulls no punches in detailing his and the band’s internecine squabbles, their unique songwriting technique, their years in Macon, Georgia, the loss of Duane and bassist Berry Oakley, and other highs-and-lows of better than four decades spent in the trenches. 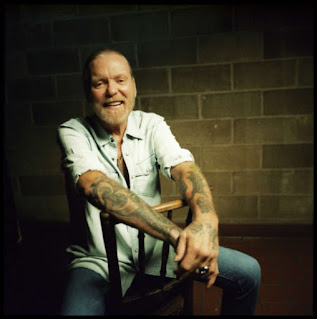 Although Allman could have used My Cross to Bear to whitewash the more, shall we say, unseemly nadirs of his life and career, to his credit he seems to come clean on most (if not all) of the most criticized episodes from his past. From Allman’s frequent marriages (six and counting, as the singer recently became engaged) to his excessive drug and alcohol abuse (the book opens with a sordid tale of his boozy 1995 induction into the Rock & Roll Hall of Fame) and the federal drug charges that led to his second-guessed courtroom testimony against the band’s tour manager (and Allman’s personal friend) Scooter Herring, Allman lays it all out, warts and all. Particularly touching is the chapter on his oft-criticized, short-lived marriage to singer Cher (considered by many to be the ABB’s own “Yoko”). One gets the sense that if Allman hadn’t been so strung out on heroin at the time, that the pairing may have been more than mere tabloid fodder, Cher seeming to be the “one that got away.”

My Cross to Bear spends plenty of time on Allman’s solo career as well, beginning with the band dynamic that led to the creation of Laid Back, his 1973 solo debut, and subsequent efforts such as the hit 1986 album I’m No Angel, or his decidedly hardcore blues album Low Country Blues, which was his first new studio work in 14 years. Allman lays rest to his long-simmering feud with ABB guitarist Dickey Betts and his subsequent ejection from the band, and welcomes the contributions of relative newcomers Warren Haynes and Derek Trucks, who he credits for both reviving the band’s creative edge as well as lending to its incredible longevity.

Gregg Allman’s My Cross to Bear is a fascinating read, full of inside perspective and often-humorous (or just as often, pruriently informative) stories that cover the singer and songwriter’s lengthy and storied career. Allman’s tale is written in his own colloquial voice, lending a folksy Southern feel to the story, and the artist is refreshingly and tellingly self-effacing. He gives credit where credit is due, and pays tribute to influences and friends like songwriter John Loudermilk and guitarists Jimi Hendrix and Stevie Ray Vaughan. Most of all, Allman recognizes that he’s lived a truly charmed life. My Cross to Bear is essential reading for any Allman Brothers Band or blues-rock fan. (William Morrow, 400-page hardback, published May 1, 2012)

Buy the book from Amazon: Gregg Allman’s My Cross To Bear