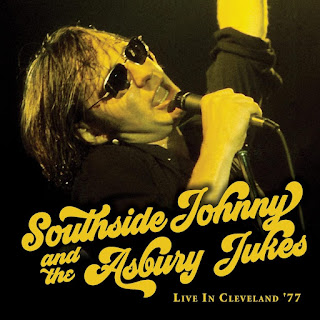 Asbury Park, New Jersey is the type of “small town” that John Mellencamp sung about, with a 2020 census population of slightly less than 17,000 souls. A onetime beachfront tourist destination located on the Atlantic Ocean, it could boast of a boardwalk teeming with shops, and an indoor amusement park with a famous carousel. By the 1980s, however, financial woes, widespread poverty, and 1970’s race riots led to Asbury Park searching for an answer to its dilapidated storefronts and weak economy, a struggle for revival that continues to this day.

The infamous Stone Pony music venue opened in 1974 and Asbury Park soon became home to a thriving regional music scene that included artists like Bill Chinnock and his Downtown Tangiers Band, the Lord Gunner Group, Ken Viola, Kog Nito and the Geeks, Steel Mill, Maelstrom, and Dr. Zoom & the Sonic Boom, among many others. Three individual talents – Bruce Springsteen, “Little Steven” Van Zandt, and “Southside” Johnny Lyon – would transcend the Asbury Park music scene to become bona fide, worldwide rock stars. Of these three, Lyon probably gets short-changed in the fame and fortune department, and has been unfairly accused of riding the coattails of his two better-known rock ‘n’ roll brethren.

I Don’t Want To Go Home, the 1976 debut album by Southside Johnny and the Asbury Jukes, was produced by Van Zandt and included three of his original songs, along with two written by Springsteen, including “The Fever,” which became an early signature song for Southside Johnny. The band’s second album, 1977’s This Time It’s For Real, was again produced by Van Zandt and featured eight out of ten songs written by the man known then as “Miami Steve”, or co-written with his pal Bruce. The stone cold truth is that all of these guys had played together for years in many of the various aforementioned Jersey shore bands, and their fates (and careers) were intertwined since the late 1960s.

Southside Johnny and the Asbury Jukes’ Live In Cleveland ‘77


Touring in support of This Time It’s For Real, Southside Johnny and the Asbury Jukes made their way to Cleveland and the city’s Agora Ballroom, a sort of “home away from home” for expat denizens of Asbury Park’s music scene. Southside Johnny and crew would hold the Agora stage for one night in May 1977, a performance that was broadcast live on Cleveland’s popular WMMS-FM radio station. The concert was lost for decades until its recent re-discovery and long-overdue release on CD by Cleveland International Records. It’s a gift for longtime Southside Johnny fans like myself, because there’s not much on this old planet of sound that’s more fun than an Asbury Jukes show.

In between their debut album and sophomore effort, a live promotional album was released to radio stations across the country, but Live At the Bottom Line never really captured the Asbury Jukes in full swing and although it received a fair amount of airplay, its exclusive distribution meant that new SSJ&AJ fans couldn’t buy it. A full-fledged Asbury Jukes live LP wouldn’t be released until 1981’s Reach Up and Touch the Sky, which makes me wonder what might have happened if this Cleveland performance could have been released in, say, late 1977 or ’78. Lyon is fronting a firecracker of a band here, including guitarists Van Zandt and Billy Rush, keyboardist Kevin Kavanaugh, and the “La Bamba” horn section. The set list pulls from both of the band’s albums, as well as a couple of surprise cover tunes, encompassing the full scope of the Jukes’ blues-infused, rockin’ R&B sound.


This Time It’s For Real 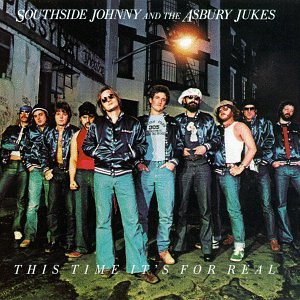 After a brief DJ introduction, the party kicks off with “This Time It’s For Real,” a brassy R&B raver featuring Lyon’s soulful vocals, blasting horns, Van Zandt’s vocal harmonies, and a throwback chorus that would have seemed more at home in 1957 than ’77. The band does legendary soul man Solomon Burke’s “Got To Get You Off My Mind” justice with a smoky, smooth performance that incorporates a bit of jazz in its rhythm and blues grooves. “Without Love” is a cool Ivory Joe Hunter tune that is afforded a blisteringly-emotional vocal performance that is literally steeped in romantic yearning with muted horns, gorgeous piano-play, and slow-rolling rhythms.

Although the next song is listed on the CD as “She Got Me Where She Wants Me,” it’s actually another track from This Time It’s For Real, Van Zandt’s masterpiece “Love On the Wrong Side of Town.” Opening with a tinkle of piano keys and marching rhythms before the horns chime in the romantic anguish pours out of Lyon’s vocals, it’s one of the most devastating songs of romantic betrayal in the Asbury Jukes tool kit. Junior Walker’s “Little By Little” provides a spotlight for the La Bamba Horns to shine with a previously-unreleased performance while the Springsteen/Van Zandt joint “When You Dance” is a brilliant pastiche of late 1950s-era R&B and early ‘60s garage-rock. Kenny “Popeye” Pentifallo’s tribal drumbeats open with the chant of “La Bamba, La Bamba” before the entire band cranks up for a horn-blasted, unbridled Bacchanalian rave-up. 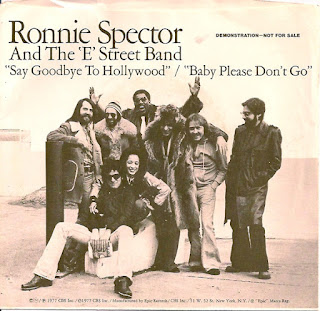 The legendary, lovely, and talented Ms. Ronnie Spector joins the band for a performance of Billy Joel’s “Say Goodbye To Hollywood,” a song she’d previously recorded with Springsteen and the E Street Band for single release. Spector’s epic, larger-than-life voice is perfectly suited to the song’s lyrical and musical grandeur and the Jukes back her up with horns blazing. Springsteen’s “The Fever” is provided a similarly steamy performance – more muted, perhaps, but featuring some of Lyon’s most nuanced vocals on what is essentially an old-school R&B torch song. “I Don’t Want To Go Home” is the song that introduced many of us to Southside Johnny, a song that combines the romantic loss of a ballad with the aching urgency to drink away one’s sorrows to a loud bar-band. The mournful horn-play is paired with subtle keyboards while the guitars underline Lyon’s heartbroken vox on what is an electrifying R&B romp.

Live In Cleveland ’77 closes out with three strong performances, beginning with “Broke Down Piece of Man,” written by Memphis soul legend Steve Cropper. Van Zandt’s guitar leads the charge, buzzing horns add some brightness, and the vocal harmonies reinforce the song’s strong rock ‘n’ blues roots. An inspired cover of Sam Cooke’s “Having A Party” appeared on the Bottom Line LP and should have been released as a single as it’s a faithful reading with plenty of energy, Lyon’s jaunty vocals punctuated by joyous horns. A previously-unrecorded cover of the Sam & Dave Stax Records hit “You Don’t Know Like I Know” is based on bassist Allan Berger and drummer Kenny Pentifallo’s strong rhythmic foundation, with Lyon’s hearty vocals soaring on the sound of Kevin Kavanaugh’s Booker T-styled keyboards and Memphis-styled horn blowing, ending the album on a distinctively up-tempo note.


For Southside Johnny and the Asbury Jukes, their May 1977 performance in Cleveland was just one of thousands of nights on the road. The Jukes’ third Van Zandt-produced album, 1978’s Hearts of Stone, would earn widespread critical acclaim but was only modestly successful and Epic Records dropped the band, who would subsequently sign with Mercury. “Little Steven” went on to become an integral part of Springsteen’s world-beating E Street Band during the 1980s while Southside Johnny has led various band line-ups across four decades and nearly two-dozen albums to date.

Over the years, Lyon has taken his sound into deeper blues and R&B territory, which admittedly has hamstrung his commercial potential, but he’s stayed true to his original vision and influences, sometimes finding a little modest success (as with 1991’s Better Days) but more often than not he’s been preaching to a loyal choir of fans with albums like 2010’s Pills and Ammo or 2015’s Soultime! For one night in 1977, however, anything was possible, the Juke’s future was still on the horizon, and Southside Johnny sang his heart out. Thanks to Live In Cleveland ’77, we get to hear the show like we were there. (Cleveland International Records, released March 22, 2022)

Buy the CD from Amazon: Southside Johnny and the Asbury Jukes’ Live In Cleveland ‘77