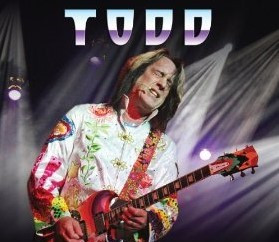 Save for a loyal but rapidly-graying audience, Todd Rundgren is in danger of being lost amidst a sea of cookie-cutter indie-rockers that don’t possess an ounce of his individuality, innovative nature, or sheer musical “chutzpah.” As close to a true renaissance man as rock ‘n’ roll has created, Rundgren – a talented multi-instrumentalist, songwriter, producer, video and multi-media artist, and tech wizard – has pretty much always done it his way, often with interesting results, exploring the outer limits of pop, rock, prog, and electronic music both as a solo artist and with his band Utopia.

Although he’s been making music for better than 40 years now, the anything-goes 1970s were Rundgren’s era, the prolific musician cranking out eleven critically-acclaimed albums that hit the charts with varying commercial returns over the ten year period. The double-disc 1972 album Something/Anything? provided Rundgren with a modicum of pop stardom, a not entirely-welcome status that the artist quickly denied with the following year’s difficult-albeit-exciting album A Wizard, A True Star. Featuring nearly 56-minutes of music crammed onto two sides of vinyl…a technological marvel in and of itself for the time…side one of the album featured a Beatlesque extended medley of proggish rock, side two a few pop/rock songs surrounding a ten-minute medley of R&B hits.

A Wizard, A True Star


Against this backdrop, the release of the double-album Todd in February 1974 found the artist’s fans wondering which Todd Rundgren would show up in the grooves. While Todd ventured further into the musical experimentation that Rundgren began with A Wizard, A True Star, especially considering the artist’s growing fascination with synthesizers and other technological means to shape music, in truth the album also crossed paths with Todd’s Something/Anything? era pop-rock cheap thrills and Utopia’s just-over-the-horizon electronic adventures.

Although Todd didn’t set the woods on fire commercially, the pricey double-LP did climb to #54 on the Billboard Top 200 albums chart, and yielded a minor hit (#69) in the lofty, ethereal-pop tune “A Dream Goes On Forever.” Undaunted, Rundgren moved onward and upward with 1975’s aggressive Initiation, a reckless synthfest that further pushed the boundaries of vinyl capabilities with better than 30-minutes of music squeezed onto each side, the album’s electronic-rock soundscape furthering the artistic sojourn that Rundgren had begun with the release of the Todd Rundgren’s Utopia album a few months after Todd.

Whereas Todd Rundgren’s Utopia would initially best Todd in sales, rising to #34 on the album chart without the benefit of a hit single, through the years the equally-difficult Todd has taken on an aura of its own, the album’s reputation often preceding the actual listening, with gems like the aforementioned “A Dream Goes On Forever,” rocker “Heavy Metal Kids,” and Rundgren’s flirtations with Gilbert & Sullivan satisfying the curious and influencing a generation of like-minded fellow-travelers to follow in Rundgren’s considerable wake. 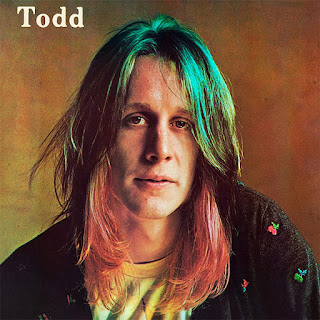 In 2010, Rundgren put together a band of various friends, including bassist Kasim Sultan from Utopia, guitarist Jesse Gress, keyboardist Greg Hawkes (The Cars), drummer Prairie Prince (The Tubes), and saxophonist Bobby Strickland to perform Todd live, for the first time, in its entirety. The Philadelphia show of the special, limited, six-date sold-out mini-tour – which also included a performance of Rundgren’s 1981 album Healing – was recorded and videotaped for subsequent release on CD and DVD. While Healing will be released at a later date, the live performance of Todd is more or less a re-creation of that classic album, in spirit if not exactly musically, minus one song – “In and Out the Chakras We Go.”

While some of the more technologically-created fantasia from the original album has been stripped from this live performance, modern electronics allow a lot of the factory showroom sheen to rise out of songs like “I Think You Know,” a discordant albeit lovely mid-tempo ballad with shimmering fretwork and squalls of electronic snowfall. Rundgren’s operatic satire of the music biz, “An Elpee’s Worth of Toons,” mixes Gilbert & Sullivan with a dash of Utopia-styled electronica and a pop/rock vibe to deliver its devastating lyrical message amidst a cacophony of instrumentation and Todd’s best bent vocals. Changing directions so rapidly that it could give the listener whiplash, Rundgren and crew slide effortlessly into the ethereal “A Dream Goes On Forever,” this live version slightly less busy than the studio reading, but lacking none of the bittersweet melancholy of the original.

Rundgren further indulges in his Gilbert & Sullivan obsession with a spry cover of “Lord Chancellor’s Nightmare Song,” evoking memories of Sideshow Bob from The Simpsons. This performance is pure delight, Rundgren’s unabashed enthusiasm dripping from his nimble vocals as Greg Hawkes’ provides the rhythmic backdrop with his chopping piano play. One of the overlooked gems from the original Todd was the hard rocking “Everybody’s Going to Heaven/King Kong Reggae” mash-up, the live version pounding at the pavement with jackhammer ferocity, guitar-drums-bass-keyboards slam-dancing behind Todd’s strained vocals, the man finally cutting loose with a fire-and-brimstone guitar solo before breaking down into the monster jam that is “King King Reggae.”

Another overlooked cut from Todd was the smooth-as-silk pop song “Izzat Love?” With an undeniable melodic hook and harmony vocals rising about the swirl of low-key instrumentation, the song sounds like something from Todd’s early band Runt, updated with a few modern flourishes but otherwise a lofty example of Rundgren’s 1960s-styled pop/rock chops. The song ends abruptly, descending into madness in an electronic storm, leading into the muscular, blustery “Heavy Metal Kids,” an up-tempo rocker with malevolent intentions, crashing drumbeats, and tortured guitarplay. Todd Live ends with the gospel-tinged pop of “Songs of 1984,” a perfect showcase for both Rundgren’s songwriting skills but also his immensely diverse musical sense, the mid-tempo verses brought up a notch by the uplifting, choir-like choruses.


While it’s unlikely that Todd Live will gain Rundgren many new fans, it’s certain to appeal to his horde of longtime followers…but if a couple of young pups are curious after hearing the live versions of these songs and decide to check out the originals, or other equally-exciting entries in Rundgren’s large early catalog – many of which have been repackaged by British archival label Edsel Records as reasonably-priced double CD sets – all the better! (Rock Beat Records, released 2011)