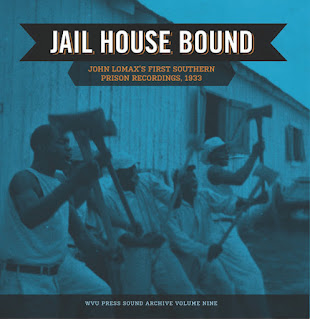 John Avery Lomax, and his son Alan, hold a singular place in the history of the blues. When the elder Lomax’s career as a bank executive went south during the Great Depression, the 64-year-old music enthusiast decided to follow his passion as a collector of what were then known as “folk songs,” including African-American spirituals and blues music. Signing a contract with a publisher to compile a book of folk songs, and working with the Library of Congress to record authentic performances as a living documentary, Mr. Lomax and son went about changing the course of American music.

To document the purest form of the African-American folk song, performances untarnished by radio, records, or the creeping influence of Anglo culture, the Lomaxes traveled to the prison farms of Texas, Mississippi, Louisiana, and Tennessee. Lugging around a 300-pound cylinder recorder in the trunk of their car, the pair captured for posterity the voices of unremarkable men often imprisoned for the slightest of offenses. While many of the performances that can be found on Jail House Bound have been available in various formats since their original 1933 recording, never before have they been presented in as scholarly a form as this release by the West Virginia University Press.

Because of the primitive technology used, there’s only so much that digital mastering can do to make antique cylinder recordings presentable, but Jail House Bound makes a valiant effort. While Southern prison recordings are admittedly an acquired taste shared by few blues fans, there is a lot of great music to be heard here nonetheless. Moses “Clear Rock” Platt’s reading of “That’s Alright Honey” sounds like a 1950s-era R&B hit, while Ernest “Mexico” Williams does an admirable job with the standard “The Midnight Special.” James “Iron Head” Baker and a couple of other convicts bring a soul groove to “Black Betty” while unidentified Mississippi State Penitentiary prisoners rock the classic “John Henry.” Capturing nearly two-dozen seminal examples of the African-American folk song, Jail House Bound closes out with an interesting interview with John Lomax.

Jail House Bound includes a booklet with new liner notes and song-by-song annotation which put the collection in context. While the Lomaxes would later discover legends like Leadbelly and Muddy Waters, it was with these field recordings that they first began documenting the art form known as the blues. (West Virginia University Press, released February 28th, 2012)