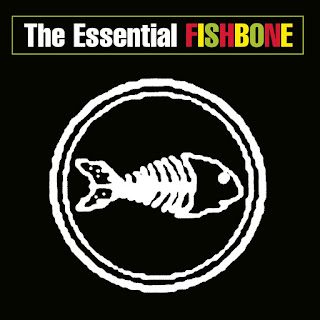 Gwen Stefani was still carrying a lunchbox to school and hanging around the mall when Fishbone first began fusing elements of ska, punk, funk, and metal together to create a distinctive and memorable sound. Formed way back in 1979 by a group of junior high school friends that included vocalist Angelo Moore, bassist Norwood Fisher, guitarist Kendall Jones and keyboardist Chris Dowd, the band’s hyperactive live performances created a buzz around its hometown of Los Angeles. After spending several years perfecting their eclectic blend of offbeat humor, socially conscious lyrics and musical madness, Fishbone finally earned a label deal with Columbia Records in 1985.


After testing the waters with a self-titled EP, the band’s first full-length album, In Your Face, dropped in 1986. While the Fishbone EP featured the spry two-tone “Party At Ground Zero,” the band’s raw energy was tempered somewhat by the overly-polished production provided In Your Face. It was with the band’s sophomore effort in 1988, the raucous Truth and Soul, that Fishbone captured its loyal college radio audience, the album’s inspired hybrid of metallic funk and ska-flavored rhythms including a slammin’ cover of Curtis Mayfield’s classic “Freddie’s Dead.” Bolstered by the band’s reputation as a live party band, Fishbone stood alongside the Red Hot Chili Peppers as harbingers of the late ‘80s “alternative rock” movement.

It took Fishbone three years to follow up the successful Truth and Soul, killing time with a brace of EPs – mostly made up of B-sides – that offered little new except for the infectious “Bonin’ In the Boneyard.” The release of The Reality of My Surroundings in 1991 lived up to fan’s expectations of the band, the album creeping into the top half of the Billboard chart and yielding high-energy cuts like “Everyday Sunshine” and “Sunless Saturday.” Give A Monkey A Brain And He’ll Swear He’s The Center of the Universe followed in 1993, the disc failing to build upon the band’s growth in popularity despite solid songs like “Unyielding Conditioning” and the super-funky “Lemon Meringue.” By the time of the mid-‘90s ska-revival, led by Fishbone followers like No Doubt, the band had jumped labels to Arista; subsequent recorded efforts failing to follow through on the band’s initial promise.

The Essential Fishbone actually revisits the band’s ten years on Columbia, circa 1985 to 1995, gathering together the aforementioned songs and several more from Fishbone’s various albums and EPs for the label. The collection is an invaluable document that illustrates why Fishbone was so influential on better-known artists like No Doubt, Sublime, the Mighty Mighty Bosstones and others. The Essential Fishbone collects all the songs you’d want from the band, including the rarity “Skankin’ To the Beat” and EP tracks like “It’s A Wonderful Life (Gonna Have A Good Time),” serving as an excellent introduction for newcomers curious to see where ska-punk came from.


Almost a quarter-century after Fishbone first began playing school dances and outdoor festivals, the band remains a popular concert draw. Since 1995, they have released albums on Arista and Hollywood, finally going the independent route and establishing Nuttsactor 5, their own imprint. The perfect example of a band that should have sold more records, The Essential Fishbone nevertheless showcases a die-hard outfit whose lasting influence on rock music has far outdistanced its commercial achievements. (Sony Legacy Recordings, released 2003)