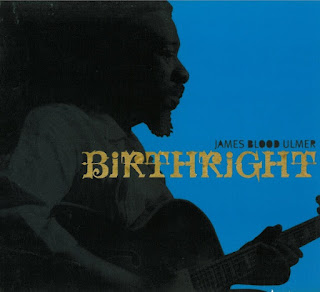 There’s no doubt in my mind that James Blood Ulmer is one of the most ground-breaking, earth-shaking musicians to ever strap on a guitar and make the six-string beast talk. Best known as a “free jazz” artist and an acolyte of Ornette Coleman’s Harmolodic theory, Ulmer has been kicking around since the early ‘60s, first playing with folks like Art Blakely and Coleman and, later, with Ronald Shannon Jackson, through whom he met Living Colour guitarist Vernon Reid. Ulmer has enjoyed a lengthy solo career as well, recording his debut in ’77 and nearly two dozen albums since, the artist’s work gradually redefining the role of guitar in both jazz and contemporary rock music.


Heavily influenced by Jimi Hendrix, Ulmer has always incorporated elements of rock and blues into his jazz experiments, but it was Reid who convinced the guitarist to rediscover the blues at length. Beginning in 2001 with Memphis Blood, a stellar collection of blues classics recorded with Reid in Sun Studios in Memphis, through No Escape From the Blues two years later, Ulmer has embraced and sharpened his understanding of the blues. With Birthright, Ulmer completes his journey into the heart of the blues. Recording unaccompanied, again with Reid at the board, Ulmer turns the blues into a sort of spiritual journey from which no one returns unscathed. 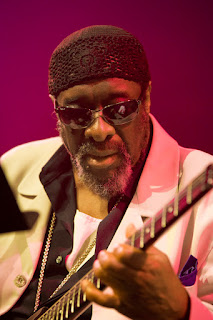 If previous albums in this loose-knit trilogy mixed traditional blues with scraps of guitar rock, psychedelia and funk with full band accompaniment, Birthright strips the music down to the bone. Raw, fiery and unadorned by modern trappings, Ulmer takes the blues back to its Delta roots (and maybe even further back, to Africa) with a stark and dark-hued collection of songs and performances. Ten of the twelve songs are Ulmer originals, but they successfully channel the cold presence of ghosts long passed. The Gospel-tinged “Take My Music Back To the Church” evokes the haunting sound of Blind Willie Johnson while “The Evil One” is a musically hypnotic dirge with eerie black cat moan vocals. A cover of Willie Dixon’s classic “I Ain’t Superstitious” is transformed into a plea for divine intervention supported by forceful six-string work. “Devil’s Got To Burn” offers a complex soundtrack of guitar rhythms behind Ulmer’s gleefully diabolic vocals.


Along the lengthy musical sojourn that is Birthright, Ulmer makes his guitar scream, cry, dance and sing with the skill that only a master can bring to bear. Ulmer’s mournful, weathered vocals perfectly embrace the lyrics with a combination of soul, pathos, fear and passion. Birthright is a heady musical elixir, an incredible musical effort that could only be created by an artist that threw away the textbook long ago. Musically and intellectually challenging, Birthright may prove too difficult for some, though it is well worth the journey for the adventurous listener.


Underrated and overlooked by all but a handful of aficionados, one day in the not-too-distant future academics and musical historians will recognize James Blood Ulmer for the genius that he is and Birthright as a shining example of Ulmer’s incredible talents and far-seeing vision. (Hyena Records, 2005)