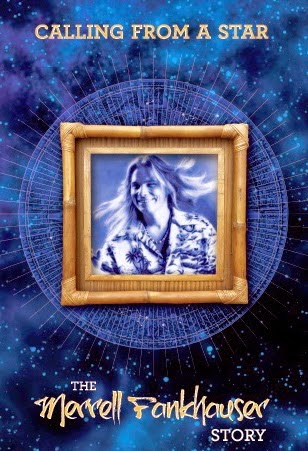 Singer, songwriter, and guitarist Merrell Fankhauser is the epitome of the rock ‘n’ roll “cult artist.” He has paddled furiously against the tide of a largely indifferent recording industry for better than 50 years, amassing an impressive catalog of material that roams across a wide swath of 20th century musical styles, from surf and psychedelic-rock to folkish singer/songwriter and traditional Hawaiian music. He’s written literally hundreds of songs and released dozens of albums, and if Fankhauser isn’t a household name, it’s not due to a lack of talent or effort on his part.

Merrell Fankhauser’s Calling From A Star


Calling From A Star is Fankhauser’s long-awaiting autobiography, a no-frills and concise recollection of better than a half-century spent on the fringes of the music biz. The book opens with some family history and Fankhauser’s early days, none of which is especially fascinating, but it does serve to lay a foundation for the stories to follow. Fankhauser was the child of proud, hard-working blue collar parents that provided invaluable support for what would become a life-long obsession with music. Born in Kentucky, the Fankhauser family made its way to California, and once they’ve settled in The Golden State, that’s where the rock ‘n’ roll tale really begins.

Fankhauser’s first band of note was the surf-rock combo the Impacts, whose song “Wipe Out” is claimed (with some controversy) as the inspiration and/or basis for the Surfaris' hit by that name. Regardless, the Impacts were a popular coastal California performing band in the early 1960s, and Fankhauser would frequently revisit the instrumental surf-rock of his youth across a number of album releases in the 1980s and ‘90s that earned him a significant following in Europe and Japan. A cascade of bands followed the Impacts – outfits like Merrell and the Exiles (which emerged during the British Invasion years), Fapardokly (amusingly named for the band members’ initials, they were less a band than a 1966 psych-folk LP that would become a much sought-after collector’s item), Merrell and HMS Bounty (late 1960s psychedelic rock), and MU (early ‘70s era psych-blues and space-rock).

Through the years, Fankhauser has performed with a veritable “who’s who” of California musicians. Jeff Cotton and John “Drumbo” French of Captain Beefheart’s Magic Band both played in a version of the Exiles, and Cotton was also a major part of MU as Fankhauser and the band re-located to the then-lush jungle island of Maui in Hawaii. Amidst some discord, MU recorded a pair of albums, although only one would be released during the band’s existence. Fankhauser also recorded with John Cipollina of Quicksilver Messenger Service and Ed Cassidy of Spirit, and extensively as a solo artist or as a duo with various female partners. Through the years, he has appeared on stage with artists like Dean Torrence (of surf-rock duo Jan and Dean), Chuck Negron (Three Dog Night), Sky Saxon (The Seeds), and country music legend Willie Nelson, among many others. 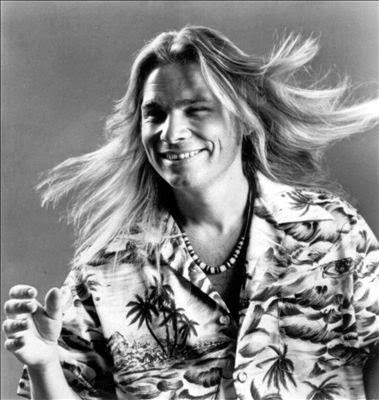 To his credit, Fankhauser never sugar-coats the rough ‘n’ tumble life of a professional musician on the edge of fame. Through his lengthy career, Fankhauser has escaped largely unscathed by the drug and alcohol abuse that claimed so many of his friends. Fankhauser has loved and lost several women to his dogged pursuit of rock ‘n’ roll, and he speaks of the time he regretfully didn’t spend with his two sons. In the pages of Calling From A Star, Fankhauser brilliantly outlines the personality conflicts, intramural squabbles, and petty jealousies that derail even the best of bands, the break-up of MU a particularly unsavory clash of egos and religion. Seldom speaking poorly of his former bandmates, Fankhauser saves his scorn for the record business itself, telling a tale of lost (and stolen royalties), false starts and near misses, and the lies and deception that sometimes seem to fuel the industry.

Still, Fankhauser has kept on truckin’ through the decades, and he has enjoyed a bit of a revitalized career over the past decade as albums from his former bands received legitimate re-release (amidst a sea of bootleg releases of often-dodgy quality) alongside a lot of his solo albums. Although having an impressive body of work behind you helps when appealing to new fans, Fankhauser’s recent higher profile has been fueled partly by YouTube and the Internet, as well as by his long-running cable TV show Tiki Lounge. Featuring performances by Fankhauser and various musician friends, the popular regional program has transcended its humble roots to achieve a worldwide cult audience, and Fankhauser has some great stories connected to the show in the book.

In 2014, prior to the release of Calling From A Star, Gonzo Multimedia in the U.K. released The Best of Merrell Fankhauser, a delightful two-disc compilation that features 32 tracks and over 90 minutes of music, comprised not only of Fankhauser’s solo performances, but also material from Merrell and the Exiles, Fapardokly, Merrell and HMS Bounty, and MU as well. Released at the same time were two volumes of Tiki Lounge on DVD, so a lot of Merrell Fankhauser’s music is now available (at a reasonable price, as opposed to inflated collectors’ tolls) for both the new listener and longtime fan alike.

DIY and Proud Of It 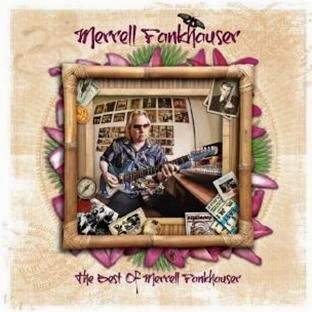 Calling From A Star is a refreshing change of pace from most celebrity bios, Fankhauser consistently focusing on his music-making while still unflinchingly recounting the many ups and downs of his life in music. Fankhauser’s writing style is conversational and flows in an effortless and laid-back style seemingly not much different than the artist’s overall personality. Although he’s often prone to excitement (using a lot of exclamation marks!) and infrequent exaggeration, Fankhauser is honest to a fault, and this eye-opening tome offers a cautionary tale that should be required reading for any young artist with an eye towards a career in music.

The book’s DIY nature befits the artist, but a good editor could have reined in some of Fankhauser’s editorial lapses (misspelled words, incorrect grammar and punctuation) and while profusely-illustrated, Calling From A Star suffers from the same marginal photo reproduction quality as many of my own “print on demand” titles. Those minor cavils aside, Fankhauser’s wit, humor, and dedication to his music make the book a quick read.

At this point in his lengthy career, Merrell Fankhauser is unlikely to strike gold, and I’m sure that he long ago gave up any dreams of rock ‘n’ roll fame. Still, he’s enjoyed a lifetime of making music on his own terms, and all his songs that I’ve heard have been of uniformly high quality and creativity. With a wealth of suddenly available music by Fankhauser, Calling From A Star provides a fitting accompaniment the late-career emergence of one of the best rock ‘n’ roll artists that you’ve never heard!

Buy the CD from Amazon.com: The Best Of Merrell Fankhauser