Canned Heat Live From The Archive! 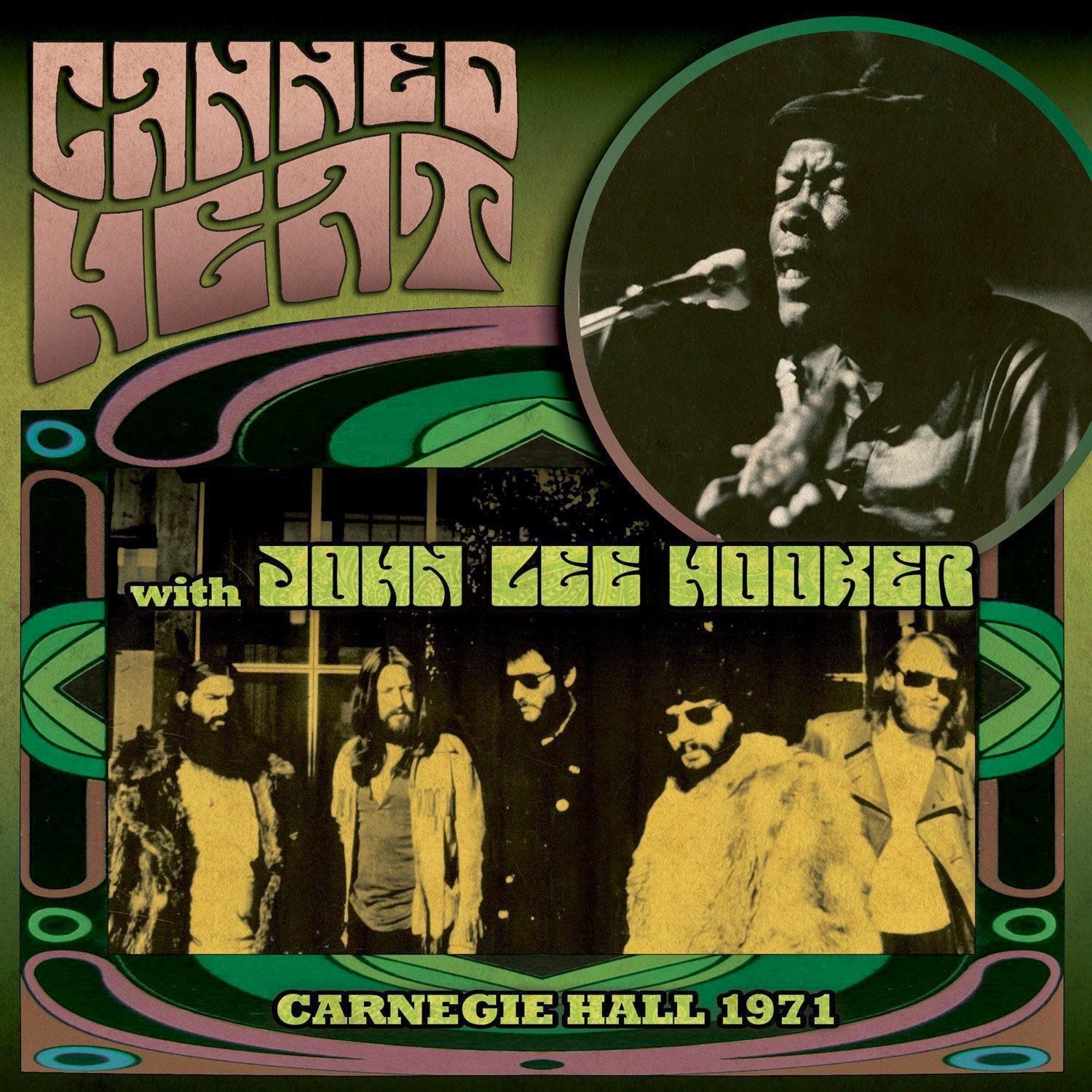 As a band, blues-rock legends Canned Heat have a checkered history that has definitely tarnished what is otherwise a considerable legacy. Formed in 1965 by Alan “Blind Owl” Wilson and Bob “The Bear” Hite – two rabid blues fans and collectors – Canned Heat was named for a song by obscure Delta bluesman Tommy Johnson. By 1967, the band had gelled around guitarist/harp player Wilson and singer Hite, with guitarist Henry “The Sunflower” Vestine, bassist Larry Taylor, and drummer Adolfo “Fito” de la Parra rounding out the line-up.

This was the “classic” Canned Heat band that recorded albums like 1968’s Boogie With Canned Heat and Living The Blues, which scored hits with the songs “On The Road Again” (#16 on the Billboard chart) and “Going Up The Country” (#11 on the chart). Vestine left prior to the band’s Woodstock performance, to be replaced by the talented Harvey Mandel, and throughout the 1970s and ‘80s the band survived tragic deaths (Wilson in 1970, Hite in 1981) and musician defections but they kept on truckin’.

Through the years, talents like Walter Trout, Mike “Hollywood Fats” Mann, and Junior Watson played with the band, using Canned Heat as a springboard to greater things. Adolfo de la Parra has kept the band rolling through the present day but, to be honest, it just isn’t the same as it was even 30 years ago, and records like 2007’s Christmas Album have done the band’s reputation no favor. Back in the 1960s and early ‘70s, though, Canned Heat had its finger on the pulse of where blues-based rock would go in the decades to follow, and albums like the two mentioned previously, as well as 1970’s Future Blues and the band’s 1971 collaboration with the great John Lee Hooker, Hooker n’ Heat, are stone cold classics.

Canned Heat was, perhaps, one of the original “jam” bands (sorry Deadheads), but precious little live music from that period has survived…which makes Cleopatra Records’ plans to release three Canned Heat live performances on CD all the more remarkable! Next week (April 14th), Cleopatra will release Carnegie Hall 1971, a historic recording from the band’s tour with John Lee Hooker that followed the release of Hooker ‘n Heat. On May 12th, 2015 Cleopatra will release Stockholm 1973 on CD, and they’ll follow up on July 7th with the release of the Illinois Blues 1973 album. 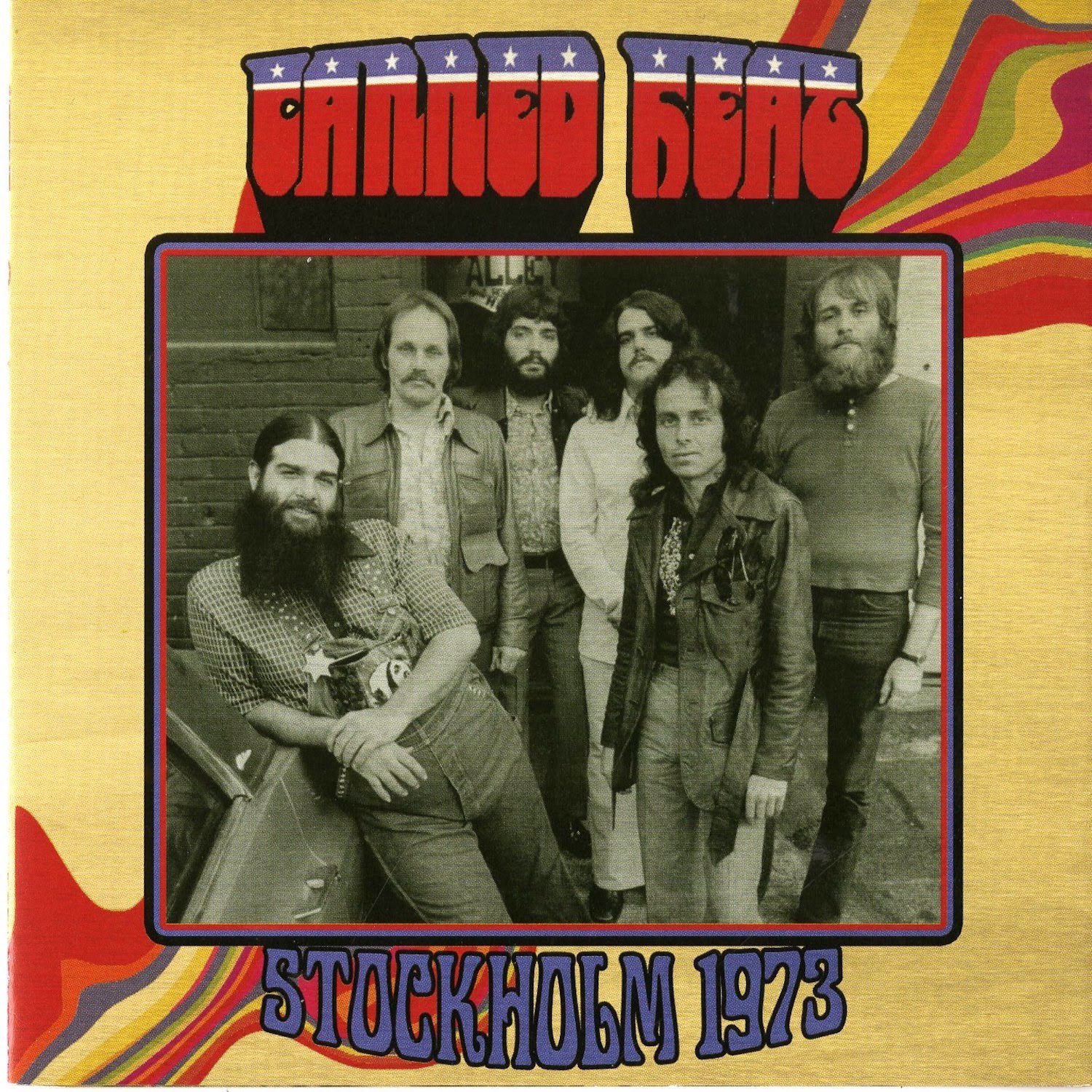 Scheduled for May, Stockholm 1973 features a previously-unreleased show from a post-Wilson band that featured Bob Hite on the microphone, guitarists Henry Vestine and James Shane, bass player Richard Hit, drummer Adolfo de la Parra, and keyboardist Ed Beyer, the line-up that recorded 1973’s The New Age album, and the live set list includes three songs from that LP written by Shane and Beyer, as well as the band’s well-worn hit, “On The Road Again.” Here’s the tracklist for Stockholm 1973, as well as a little video for your listening enjoyment!