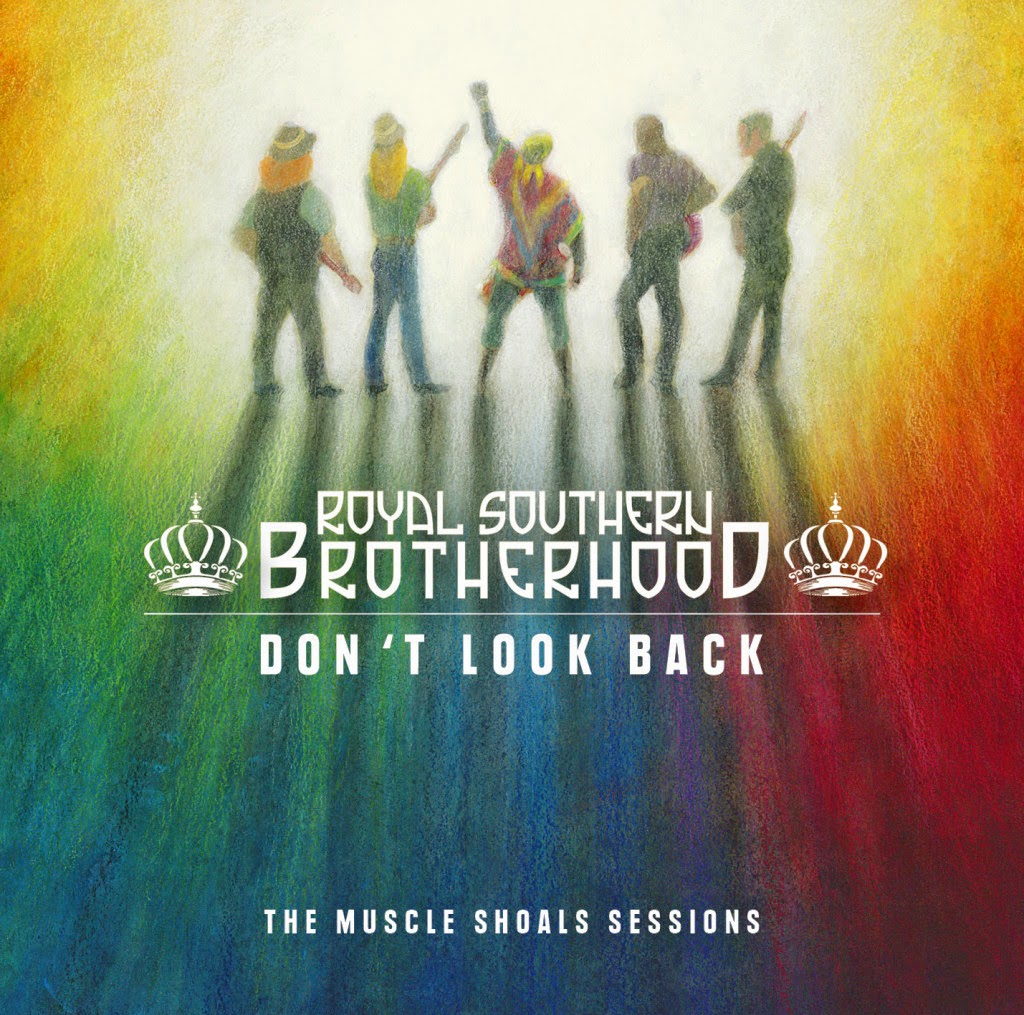 The award-winning roots ‘n’ blues outfit the Royal Southern Brotherhood has gone through some changes as of late, but they’re happy to announce that the band is back in the groove and ready to rock! The RSB’s third studio album, Don’t Look Back: The Muscle Shoals Sessions, will be released digitally on May 26th and on compact disc by Ruf Records on June 9th, 2015.

Don’t Look Back was recorded at the legendary FAME Studios in Muscle Shoals, Alabama – the same room where giants like Aretha Franklin, Wilson Pickett, and Otis Redding, among others, made their musical magic. The sessions were overseen by Grammy™ Award winning producer Tom Hambridge (Buddy Guy, George Thorogood) and feature a new Royal Southern Brotherhood line-up that is lead by the legendary Cyril Neville, whose incredible musical pedigree includes the Neville Brothers and the Meters.

Following the departure of guitarists Mike Zito and Devon Allman following the release of the band’s 2014 album HeartSoulBlood, the Royal Southern Brotherhood brought in two new talented gunslingers in Nashville-based bluesman Bart Walker (whose 2013 debut album Waiting On Daylight is pretty darn great) and Tyrone Vaughan, the son of the great Jimmie Vaughan. The band’s line-up is rounded out by frontman Neville and the awe-inspiring rhythm section of bassist Charlie Wooten and drummer Yonrico Scott. Dumpstaphunk’s Ivan Neville (Cyril’s nephew) added keyboards to the album while former Wet Willie soul-shouter Jimmy Hall brought his raging harp to the party.

As for the new album, well, Don’t Look Back doesn’t veer far from the signature RSB blend of Southern rock, blues, soul, and funk that has quickly earned the band a growing worldwide audience. Working in the storied FAME Studio, however, helped the band achieve a transcendent creativity that, with the addition of a pair of talented artists on guitar, broadens and sharpens the overall Royal Southern Brotherhood sound.

In a press release for the new album, producer Tom Hambridge says “we got to Alabama and dug deep down in the dirt of Muscle Shoals and created this wonderful gumbo of sound. It’s easy to get creative with a band when everybody is open and flowing in the same direction. This band has such a positive energy around it. They are truly a brotherhood and it was a joy producing this album.” Not surprisingly, the band will hit the road in support of Don’t Look Back, and we have the initial slate of tour dates below.