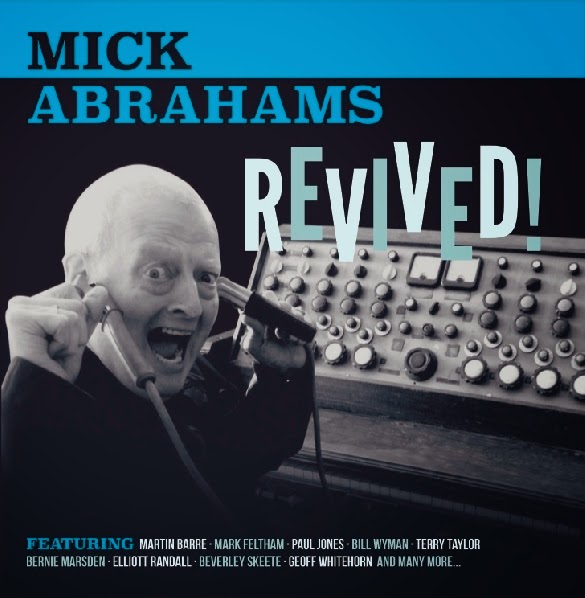 Guitarist Mick Abrahams is one of the underrated and overlooked treasures of British blues-rock. He was an original member of the legendary Jethro Tull, playing on the band’s debut album This Was, before a difference in musical direction with bandleader Ian Anderson prompted Abrahams to leave and form the groundbreaking, influential outfit Blodwyn Pig. Under Abrahams’ guidance, Blodwyn Pig released two magnificent discs of blues and rock with jazz-fusion overtones – 1969’s Ahead Rings Out and the following year’s Getting To This – before breaking up.

After Blodwyn Pig, the guitarist formed the Mick Abrahams Band, releasing a pair of acclaimed blues-rock collections before quitting the music business for a while in the mid-1970s. Since then, Abrahams has released the occasional solo album, toured and recorded with various reunited Blodwyn Pig line-ups, and even led a band called This Was with other Tull alumni performing Ian Anderson songs. The past few years have seen a steady flow of archival releases and the sporadic live album, all the more remarkable considering that Abrahams has been battling health issues for several years now.

You can’t keep a true bluesman down, though, and Abrahams has put together a new album of some of his favorite songs. Titled Revived, the album will be released on April 7, 2015 – Abraham’s 72nd birthday – by Gonzo Multimedia, who will also be offering a limited edition DVD version of the album. The guitarist is joined by some famous friends on Revived, an ‘A’ list team that includes legendary vocalist Paul Jones (former Manfred Mann frontman and a beloved solo bluesman in the U.K.), guitarists Martin Barre (Jethro Tull), Bernie Marsden (Whitesnake), and Elliott Randall (Steely Dan); bassist Bill Wyman (the Rolling Stones, Rhythm Kings), drummer Jim Rodford (the Kinks), and a slew of other talented musicians.

Along with his famous and not-so-famous friends on Revived, Abrahams knocks out a lengthy set list of blues, R&B, and rock covers and originals, including Jimmy Reed’s “Bright Lights, Big City,” Chuck Berry’s “Nadine,” Leadbelly’s “Goodnight Irene,” and the Lieber/Stoller gem “Poison Ivy,” among many others. Abrahams is a pretty darn good guitar player with Delta mud running through his veins, so Revived promises to provide a heck of a ride. Check out the complete tracklist below and then watch the video preview we’ve so graciously provided for your entertainment...