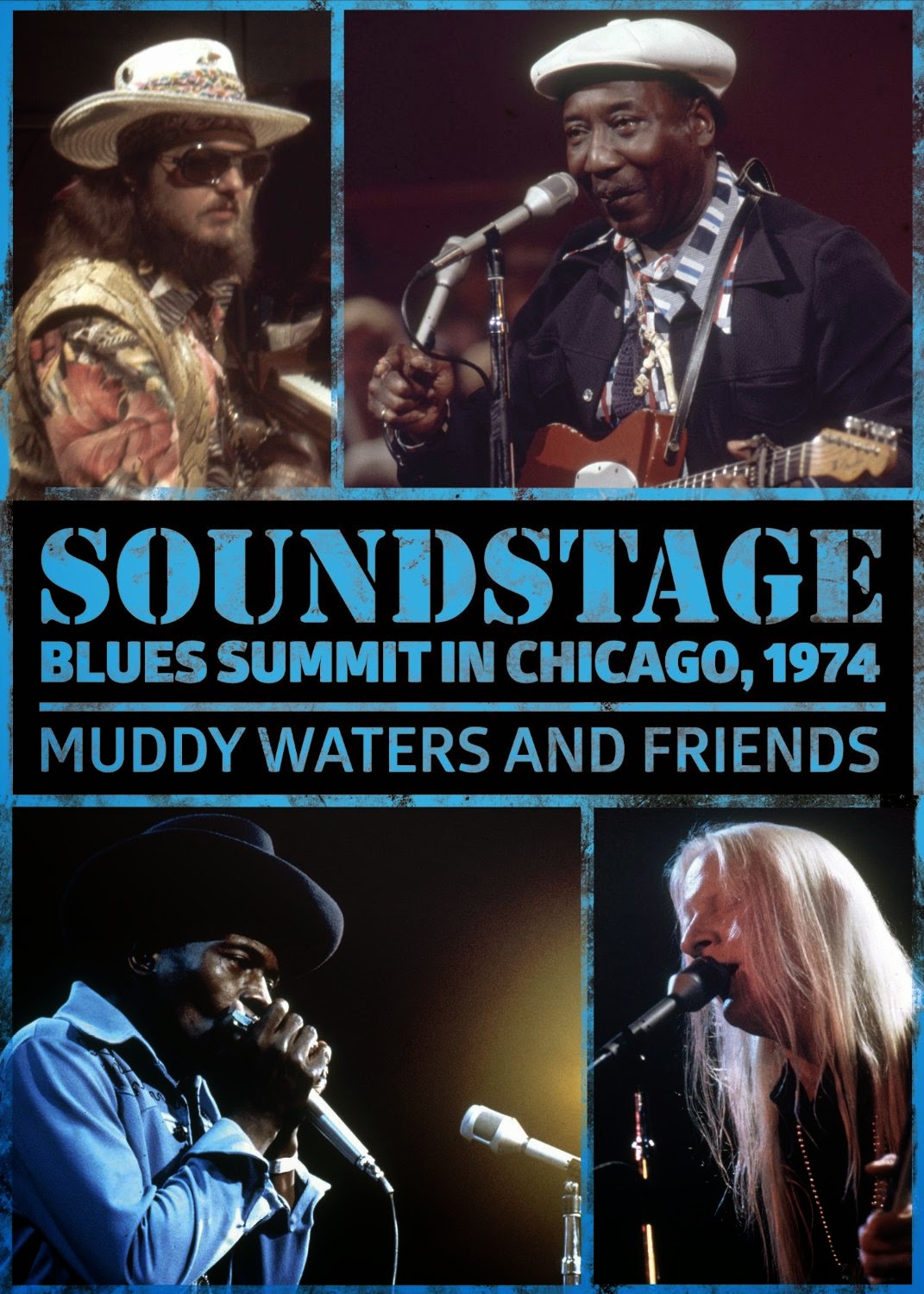 Thirty-plus years after his death, the great Muddy Waters remains the undisputed King of Chicago Blues. Sure, Buddy Guy may be his heir apparent, but with a wealth of Waters’ back catalog CDs and DVDs remaining in print for new listeners to discover, and with new treasures from the archive trickling out each year, it’s going to be hard – if not impossible – for anybody to claim Waters’ throne anytime soon…

Legacy Recording will be adding another priceless gem to the Waters’ treasure chest on April 21st, 2015 when they reissue Soundstage: Blues Summit In Chicago, 1974 on DVD for the very first time. Credited to “Muddy Waters and Friends,” the DVD documents a July 1964 concert by Waters and a few friends that would be broadcast as the first episode of Soundstage, a beloved live concert series that was broadcast by PBS stations around the country for 13 seasons during the late 1970s and early-to-mid-1980s (and was resurrected for more episodes in the early ‘00s).

Waters by himself is a potent onstage presence, especially with a band at the time that included talents like guitarists Bob Margolin and Luther “Snake Boy” Johnson, bassist Calvin “Fuzz” Jones, pianist Pinetop Perkins, and drummer Willie “Big Eyes” Smith. Among the heavy “friends” appearing with Waters are fellow Chicago blues giants Koko Taylor and Willie Dixon; guitarists Michael Bloomfield, Nick Gravenites, and Johnny Winter; former Waters’ band harp player (and solo star) Junior Wells; and pianist Dr. John, among others. Together, these storied musicians put on a hell of a show (the full DVD tracklist can be found below).

“This first edition of our Soundstage series definitely stands the test of time,” says Soundstage producer Ken Ehrlich in a press release for the DVD. “The same greatness that these blues legends like Muddy Waters, Willie Dixon, Junior Wells and Koko Taylor showed in this iconic gathering of blues greats continues to influence current generations of blues players and fans. The only difference is that now, 40 years later, the other artists on the show like Johnny Winter, Mike Bloomfield, Dr. John and Buddy Miles have now achieved similar legendary status as those first generation blues artists they came to honor back in 1974.”