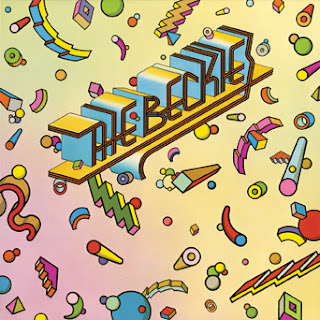 The Beckies, featuring the talented Michael Brown, are one of the great lost bands of the 1970s era. Pursuing a power-pop direction not dissimilar to Badfinger or the Raspberries, the band released one self-titled album for Sire Records in 1976 and then all but disappeared. During the ensuing years, the Beckies album has become a sort of holy grail for power-pop collectors; to my knowledge, it has never been released on CD, and a vinyl copy of the album in good condition will set you back at least $25 on eBay.

On October 9th, 2015 Real Gone Music will make power-pop fanatics’ dreams come true with a long-anticipated CD reissue of the sole Beckies LP. Although the label sadly didn’t include any bonus tracks on this reissue (rumors abound of a wealth of Beckies music hidden away somewhere), the Real Gone set does include extensive liner notes by the knowledgeable music historian Jeremy Cargill as well as song lyrics.

As mentioned above, the Beckies were notable primarily for the creative contributions of Michael Brown, a beloved cult figure in pop-rock circles. As a songwriter, Brown had a penchant for incorporating classical music motifs into his lofty pop compositions, and he’d scored two Top 20 hits in the late 1960s as a teenager with the Left Banke – “Walk Away Renee” and “Pretty Ballerina” – before leaving that band to hook up with the garage-rock outfit that would later become known as Montage. After one 1969 self-titled album by Montage (reissued in 2001 by Sundazed), Brown would later resurface with Stories, recording two acclaimed and well-respected early ‘70s albums but, once again, leaving before the band scored a hit with “Brother Louie.”

Brown’s final stop was with the Beckies, and the band’s album was the last to feature Brown’s musical and songwriting skills. Brown co-produced the Beckies album, co-wrote all of the songs with drummer Gary Hodgden, and played keyboards on the recording. Although the album offered plenty of Brown’s trademark fusion of classical and rock ‘n’ roll in its energetic power-pop sound, it was released at least a half-decade before its time. Disco ruled the clubs and the charts in ’76, while hard-rock dominated the arenas and hockey sheds, leaving little room for smart, snappy, hook-laden music. With The Beckies LP receiving its long-overdue reissuing on compact disc, power-pop fans young and old have something to sing about!

Buy the CD from Amazon.com: The Beckies
Posted by Rev. Keith A. Gordon at Friday, August 14, 2015

No bonus trax...really lame, as several exist. No mention of Gary Hodgden's great power pop/rock work both pre, and post, Beckies is really a shame as well. Unable to support this reisuue.

I agree. No bonus cuts, no purchase.