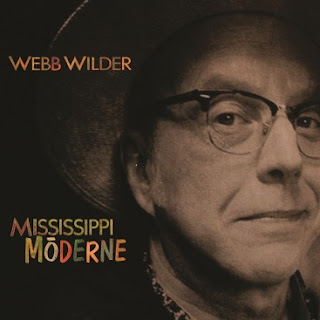 On September 25th, 2015, Landslide Records will release Mississippi Moderne, the first album in almost six years from Nashville roots-rock legend Webb Wilder. Before he landed in the Music City back in the mid 1980s, Wilder hailed from Mississippi, and he was honored with induction into the Mississippi Musicians Hall of Fame in 2011.

Mississippi Moderne features a mix of Wilder originals and co-writes with folks like Dan Penn, John Hadley, and Patrick Sweany, as well as covers of songs by Otis Rush, the Kinks, Charlie Rich, and Jimmy Reed. Wilder and the Beatnecks will be touring in support of the new album, and we have the first scheduled tour dates listed below. If you haven’t experienced Wilder’s unique blend of rock ‘n’ roll, blues, country, and R&B before, you owe it to yourself to check out Mississippi Moderne and then get to a show.