2015 was a golden year for classic rock and blues fans. The major labels continued to mine gold with high-budget archival box sets and budget-priced reissues of albums from artists both obscure and legendary. Listed below are the Reverend’s favorite reissue and archive releases of the year, those titles that found the most playing time here in our That Devil Music World HQ.

Noticeable by their absence are any of those aforementioned premium box sets. As much as I’d like to include stuff like Bruce Springsteen’s The Ties That Bind: The River Collection (roughly $90 on Amazon) and the Pretty Things’ Bouquets From A Cloudy Sky ($180), or similarly-priced boxes from Bob Dylan, Velvet Underground, Them, and others on my year-end list, I can’t afford to buy them and thus can’t review them. One would think that the labels would eventually price themselves out of the market, but it didn’t happen this year. Here are ten fine CDs that all of us can afford to buy… 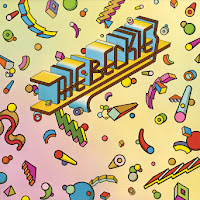 The Beckies are one of those “Holy Grail” bands for power-pop fiends. Featuring talented frontman Michael Brown (Left Banke, Stories), the Beckies made one album in 1976 of rockin’ pop not dissimilar to Badfinger or the Raspberries. The band’s self-titled LP quickly went out-of-print and then disappeared, and it hasn’t been reissued on CD until this year. The Beckies were Brown’s final stop in rock ‘n’ roll, and he co-produced the album and co-wrote all of the songs with drummer Gary Hodgden as well as played keyboards on the album. Released at least a half-decade before its time, the album’s fusion of classic rock and energetic power-pop is timeless. Although some fans are chuffed about the lack of bonus tracks on the CD reissue, others have found solace in music historian Jeremy Cargill’s detailed liner notes. (Real Gone Music) 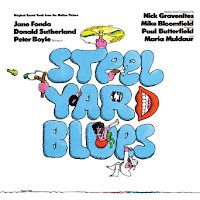 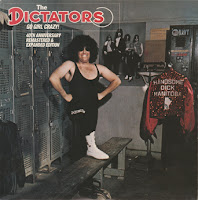 The Dictators – The Dictators Go Girl Crazy!
One of the best-known cult bands in rock ‘n’ roll, the Dictators’ classic 1975 debut album, The Dictators Go Girl Crazy!, has proven to be an enduring classic. Critically acclaimed at the time for its proto-punk sound – a fast ‘n’ loud aesthetic heavily influenced by 1960s-era garage-rock and British Invasion bands – and irreverent lyrics littered with pop culture references to pro wrestling, crappy television shows, hot rods, and fast food, the album has outlived its early. This deluxe 40th anniversary reissue is the album’s first re-vamping in 20 years, and includes nine bonus tracks to accompany the nine original songs, including two inspired remixes by Dictators fan Andrew W.K. Band member Adny Shernoff contributed liner notes for this reissue, and the package include several rare, previously unseen photos. The Dictators would go on to make better albums, but the charm and the energy of their debut is unrivaled. (Real Gone Music)
Read the Reverend's review... 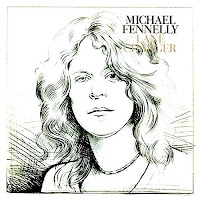 Michael Fennelly – Lane Changer
Singer, songwriter, and guitarist Michael Fennelly isn’t the most obscure of cult heroes, but his status as a critic’s darling and favorite of 1960s-era rock aficionados is undeniable. After fronting the revered power-pop band Crabby Appleton for a pair of acclaimed albums, Fennelly launched his solo career with this 1973 debut, Lane Changer. An awe-inspiring collection of pure, inspired rock ‘n’ roll songcraft that, in any other year, may have exploded into the mainstream, Fennelly’s superb initial effort was buried in a veritable landslide of great music released during 1973. This long-overdue reissue on CD provides fans and newcomers a chance to rediscover Fennelly’s enormous talents. (Wounded Bird Records)
Read the Reverend's review... 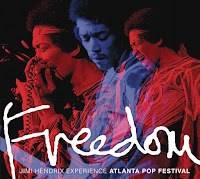 Jimi Hendrix Experience – Freedom: Atlanta Pop Festival
One of the last major touchstones from the seemingly endless Hendrix back catalog to see release, Freedom: Atlanta Pop Festival is simply stunning. Performing in front of the largest audience Hendrix would experience, his headlining appearance at the Atlanta Pop Festival was assisted by bassist Billy Cox and drummer Mitch Mitchell. The seasoned trio would tear through a set of familiar songs – rockers like “Fire,” “Foxey Lady,” and “Purple Haze” among them – as well as dabble in a bit of sonic experimentation (“Stone Free”), rare cuts (“Room Full of Mirrors”), new songs (“Straight Ahead”) and, of course, the blues (“Red House,” Hear My Train A Comin’”). An explosive reading of the “Star Spangled Banner” beats the Woodstock version hands down and is accompanied by real fireworks. Although portions of this performance had previously been released on the Hendrix box set, and the Atlanta show overall had been heavily bootlegged, this long-overdue legit release of the July 4th, 1970 show puts Hendrix’s talents back on the pedestal. (Legacy Recordings/Experience Hendrix) 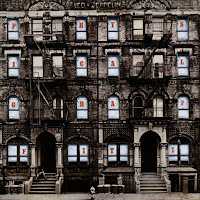 Led Zeppelin – Physical Graffiti
Although Zep guitarist Jimmy Page finished up the album reissue program he began in 2014 with re-mastered versions of the band’s last four albums, there’s little you need for your collection after Physical Graffiti (although Page might disagree). Certified 16x Platinum™ for better than eight million flapjacks sold (it was a double LP, so every sale counted as two towards certification), Physical Graffiti represents the zenith of the band’s creativity and energy. Offering up 15 diverse tracks that explore the band’s incredible musical range and stylistic obsessions, Physical Graffiti finally earned the band a measure of long-overdue critical acclaim. As with the other Zep catalog reissues, Physical Graffiti was offered in a deluxe three-disc package with original artwork and previously-unreleased studio outtakes. My only complaint with the Zep reissues – a dearth of live material (only Led Zeppelin I included a live concert) – but maybe that will be Page’s next project (go ahead, Jimmy, dig into that Zep bootleg collection we all know you have). (Atlantic Records) 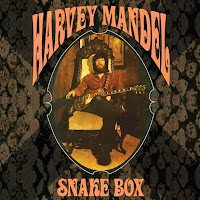 Harvey Mandel – Snake Box
Guitarist Harvey “Snake” Mandel made his bones as part of Chicago blues legend Charlie Musselwhite’s early band, and honed his skills as a member of both Canned Heat and John Mayall’s Bluesbreakers while still pursuing a solo career. This box set is comprised of Mandel’s first five solo albums, mostly instrumental masterworks like Cristo Redentor and Righteous, complimented by the inclusion of a sixth disc, Live At The Matrix, which offers an unreleased December 1968 jam between Mandel and pals like the Grateful Dead’s Jerry Garcia and Mickey Hart, Elvin Bishop, and Steve Miller. Mandel’s Snake Box is a wonderful portrait of an unsung artist and skilled musician plumbing the depths of rock, blues, and jazz music. (Purple Pyramid/Cleopatra Records) 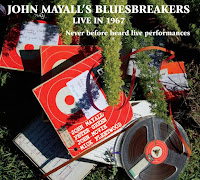 John Mayall’s Bluesbreakers – Live In 1967
John Mayall has fronted a lot of different Bluesbreakers line-ups through the years, but few were as special as the version of the band that featured the talents of guitarist Peter Green, bassist John McVie, and drummer Mick Fleetwood alongside ringleader Mayall. They performed some memorable shows together during a short time and, luckily, a hardcore Bluesbreakers fan from Holland recorded a number of the band’s 1967 shows in London, the performances rediscovered and released as Live In 1967. A momentous musical find, the album is a literal time capsule of classic British blues-rock, offering thirteen lively, inspired, and long-lost Bluesbreakers performances, a high-energy mix of classic blues covers and Mayall originals that should thrill any British blues fan...and Mayall himself has said that there’s enough usable stuff on tape for another whole album. Blues fans, rejoice! (Forty Below Records) 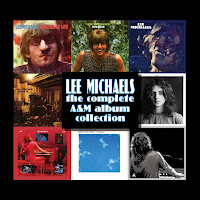 Lee Michaels – The Complete A&M Records Collection
Nobody sounded quite like singer, songwriter, and keyboardist Lee Michaels during his seven-album run with A&M Records, circa 1968-1973, and while some have tried, nobody has quite nailed his unique, frequently minimalist creative vision since. A soulful vocalist often accompanied on album by only a lone percussionist, Michaels explored the use of piano, keyboards, and even harpsichord in rock music unlike any other artist at the time. For much of the past 20 years, all of Michaels’ albums have been out of print with the exception of 5th, which featured the singer’s lone hit, “Do You Know What I Mean.” For the long-suffering, but preternaturally loyal Michaels’ fan, The Complete A&M Album Collection offers the singer’s complete run of LPs for the label, seven CDs digitally re-mastered from the original tapes, priming Michaels’ for a long-overdue re-discovery. (Manifesto Records)
Read the Reverend’s review... 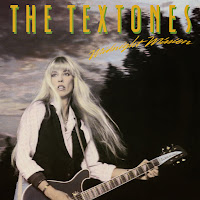 The Textones – Midnight Mission & Cedar Creek
Yeah, technically I’m sneaking two LPs into a single spot, but as these were reissued as a pair, I’m keeping them that way. Part of the vital early ‘80s L.A. rock scene that included bands like Los Lobos and the Dream Syndicate, the release of Midnight Mission, the Textones’ 1984 debut album, was a revelation at the time. Carla Olson and crew basically melded the roots-rock of the Byrds with the bluesy roots and sandpaper grit of the Rolling Stones in creating a new amalgam of emotionally-raw rock ‘n’ soul music with a little country twang and a lot of heart, creating an underrated jewel of early Americana. The band had undergone some misfortune on the way to recording their sophomore album in 1987, delivering more of the same high-energy roots-rock. Although often overshadowed by its predecessor, Cedar Creek is still an engaging, entertaining slab o’ wax, and a brilliant bookend to Midnight Mission. (Omnivore Recordings)
Read the Reverend’s review...

Honorable Mention: Bruce Springsteen’s ongoing “beat the boots” campaign, The Boss providing classic performances from the length of his career as special, limited edition releases available as multi-CD sets and as digital downloads in MP3 or 24-bit hi-def lossless format. Vintage Springsteen shows like The Angora in Cleveland 1978 or the Tower Theater in Philadelphia 1975 have only been available as hard-to-find bootleg discs, but are now available legitimately from the man himself through his website.
Posted by Rev. Keith A. Gordon at Sunday, January 03, 2016