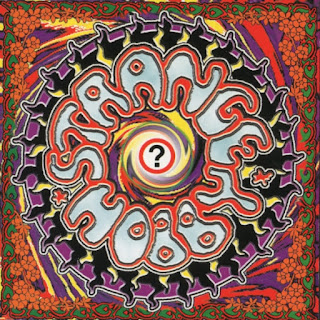 Arjen Anthony Lucassen is best known as the mad genius behind Ayreon, the groundbreaking progressive rock project that has created such breathtaking “rock operas” as The Human Equation and 01011001, conceptual albums that have left an indelible imprint on the ongoing evolution of prog-rock. As if eight wildly influential Ayreon albums weren’t enough to cement his musical legacy, the Dutch musician has formed critically-acclaimed bands like Star One, Guilt Machine, and Stream of Passion to explore other musical dimensions.

Lucassen’s commercial breakthrough originally came with the 1998 Ayreon album Into The Electric Castle. A couple years previous, however, Lucassen was just another scrappy, struggling prog-rock visionary looking to leave his mark on a genre rapidly growing in worldwide popularity. Like so many modern ‘neo’ proggers (I’m looking at you Roine Stolt and Neal Morse), Lucassen came of age during the “classic rock” era of the 1960s and ‘70s, the future artist enchanted by the Beatles, Pink Floyd, the Kinks and other trailblazers in pop and psychedelic rock ‘n’ roll.


After finishing up the recording of 1996’s Actual Fantasy, the second Ayreon album, Lucassen needed to blow off some steam…so he recorded the mysterious Strange Hobby, a covers album released in late 1996 by Transmission Records. Strange Hobby was “mysterious” in that nobody knew who made the album, and the album artwork offered no clues as to its provenance. In the middle of the front cover’s psychedelic artwork sits a bold, enigmatic question mark. In reality, Strange Hobby is a collection of Lucassen’s favorite tunes from the ‘60s, music that influenced him and helped develop the sonic palette that he would put to good use in creating his own music. The album was a bust commercially and has been out-of-print for over a decade, ratcheting up its demand as a premium (i.e. pricey) collectible.

Twenty years on, Lucassen has reissued Strange Hobby on CD on his own Aluca Music label, adding a handful of new bonus tracks to sweeten the deal. More than a gift to his loyal fans, the album is a hell of a lot of fun for anybody who loves classic rock ‘n’ roll. The reissued Strange Hobby offers up 22 rip-roarin’ takes on tunes by the aforementioned Beatles, Pink Floyd, and the Kinks alongside some not unexpected choices from the Monkees, Donovan, Bob Dylan, and the Rolling Stones as well as some totally unexpected (and, honestly, somewhat off-the-wall) covers of songs by Status Quo, the Beach Boys, and Kaleidoscope (the British psychedelic outfit, not the American band). Call it Lucassen’s personal version of Pin-Ups if you will, the singer and musician bringing the same sort of passion and love of the material to his performances as Bowie did with his legendary album.

Flowers In The Rain


The nice thing about Strange Hobby is Lucassen’s unpredictability – he doesn’t just pick the low-hanging pop/rock fruit here with his musical choices, but rather often strays from the path of orthodoxy. All of the performances are reverent to the original, but expanded upon with harder rocking instrumentation and arrangements. Pink Floyd’s Syd Barrett-penned psych classic “Arnold Layne” is a fuzzed up joy with grinding guitars and cavernous, echoed vocals while another Barrett gem, “See Emily Play,” is a fetching slab of swirling guitars, cacophonous instrumentation, and clever musical flourishes. Lucassen’s cover of Status Quo’s classic “Pictures of Matchstick Men” thankfully keeps the original’s hypnotic guitar riffs but benefits from a bigger, bolder, in-your-face arrangement that provides the song a veritable “wall of sound.”

Lucassen’s reading of Dylan’s wan “I Want You” is my second favorite version of the song (behind Springsteen but in front of Bobby Z). The song’s fast-paced arrangement adds a sense of urgency to its yearning lyrics, while busy instrumentation gets the listener’s foot tapping and the blood flowing. The Move’s “Flowers In The Rain” captures the mid-‘60s lysergic innocence of Roy Wood’s original with buoyant vocals and wonderfully miasmic instrumentation while “The Letter” takes the Box Tops’ hit in a poppier direction than Alex Chilton’s soulful original while retaining the song’s romantic blues vibe. T.Rex’s “Ride A White Swan” is a glam-era treat and Arjen puts on his best Marc Bolan vox for a trippy sojourn with an infectious melody. Of the four “bonus tracks” afforded Strange Hobby, Lucassen’s original “Pretty Girls” is a gift, a period-perfect slice of psych-drenched power pop with lovely vocals and pulse-quickening instrumentation while the Monkees’ “Last Train To Clarksville” (a Boyce/Hart gem) is given a revved-up, ambitious reading delivered with gleeful, reckless abandon.


There’s nary a fumble in any of the 22 tracks on Strange Hobby, and just because I didn’t write about the album’s electrifying covers of the Who (John Entwistle’s “Boris the Spider”), Simon & Garfunkel (“I Am A Rock”), the Kinks (“Sunday Afternoon”), the Hollies (“Bus Stop”), or Donovan (“Catch The Wind”), among the others, doesn’t mean that they’re not worthy of mention. Lucassen imbues each performance with a sincere love of, and a unique vision for each song, resulting in an album that entertains but also reminds the listener of their own fondness for these timeless rock ‘n’ roll treasures.

Whereas many (most?) cover songs released over the past couple of decades have been recorded as a cynical commercial ploy for radio airplay and chart position, Strange Hobby is a breath of fresh air, the welcome sound of an artist-turned-fanboy joyfully recording some of their favorite music for anybody who’ll listen. The soundtrack of Arjen Lucassen’s life has served him well, and I’m glad he decided to share these songs with the rest of us. Grade: A (Aluca Music, released July 15, 2016)