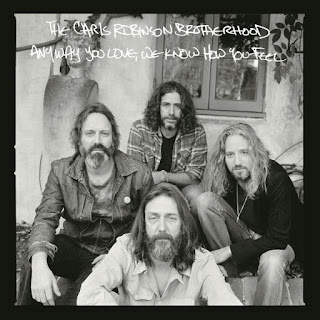 Proving that there’s life after the Black Crowes, former Crowes frontman Chris Robinson slapped together his namesake Chris Robinson Brotherhood back in 2011 and hit the road. A kinda, sorta jam band more in the New Orleans style than a HORDE Festival act, the CRB pursues a musical hybrid of rootsy rock, Southern-friend funk, and blues with a psychedelic slant. The CRB benefits from having an extraordinary string-bender in guitarist Neal Casal, but the other guys – bassist Ted Pecchio, drummer Tony Leone, and keyboardist Adam MacDougall – aren’t exactly chopped liver.

After performing a number of shows after forming, the Chris Robinson Brotherhood released a pair of critically-acclaimed albums in 2012 – Big Moon Ritual, their debut, and The Magic Door – followed by a live set in 2013. A year later, they released Phosphorescent Harvest, which critics compared to the Grateful Dead. The band’s bread and butter is the live concert circuit, though, and after recently releasing their fourth studio album, Anyway You Love, We Know How You Feel, the CRB is preparing to hit the road in support. Check out the CRB video below and then gaze at our list of tour dates and make plans to catch the band when they hit your hometown.

Buy the CD from Amazon.com: Chris Robinson Brotherhood's Anyway You Love, We Know How You Feel