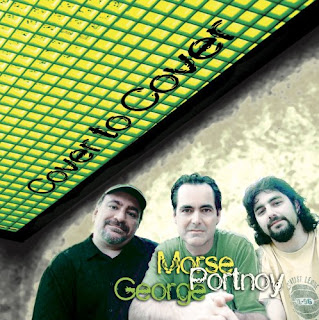 If the blues had a baby and called it rock 'n' roll, rock had a bastard child named "progressive." Since dino-proggers like Yes, ELP and King Crimson roamed the earth during the mid-1970s, critics have mostly turned up their noses at the genre, for whatever muddy-headed reasons. When prog-rock began its long, deliberate "rebirth" with bands like Spock's Beard and the Flower Kings back during the '90s, "respectable" critics ignored the genre out of ignorance, coughing up – at most – a minor compliment on the acute technical musicianship of the artists. Meanwhile, loyal keepers of the flame like the aforementioned giants of the genre – Spock's Beard and the Flower Kings – as well as Pallas, IQ, Arena, Ayreon, and dozens of other like-minded, creative musicians continued to play to ever-increasing audiences of old (and many new) prog-rock fans.

Of course, this isn't meant to be a defense of prog, 'cause the musicians do that well enough on their own, but rather a look behind the façade of one of the most misunderstood genres in pop music. Hell, even death metal maniacs burning down churches and blowing out eardrums get more props than prog-leaning family men. However, prog-rock didn't arise out of a vacuum, and artists like Neal Morse, Mike Portnoy, and Randy George developed from a plethora of influences. Morse is the founder of the influential and popular Spock's Beard and a member of prog-supergroup Transatlantic along with Mike Portnoy, whose day job is beating the skins for prog-metal titans Dream Theater. Multi-instrumentalist Randy George is a member of Christian rock band Ajalon and also plays in Morse's band. Together, these three musicians have nearly 70 years of experience between them.

Like I said, musicians have their influences, and Morse's early Beatles' obsession aside, these three guys display a wide range of taste with Cover To Cover, a collection of, well, other people's songs. Now, I've always enjoyed the well-done "covers" album, from David Bowie's Pin-Ups collection of '60s British rock to Bob Seger's Smokin' O.P.'s album and those Springsteen and Petty bootleg cover compilations I have hidden on the shelf. Morse, Portnoy, and George deliver an incredibly diverse group of songs on Cover To Cover, nailing each tune with heart and precision. To my ears, the best cover tunes echo the original performances while improving upon the song in some small way. Really great covers, like Hendrix's reading of Dylan's "All Along The Watchtower," steal the song away from the creator. Most importantly, the song should be recorded 'cause the artist likes the song, not because some damn label marketing guru sees a way onto the Top Forty.

In the case of Morse, Portnoy, and George, the tunes on Cover To Cover were obviously chosen because they love them, and the fun they had recording these songs during several separate sessions comes jumping out of the grooves. These are the songs that influenced and motivated them to become musicians, and they're handled with joy and reverence. So what can you expect to hear on this choice platter? How about a jaunty version of the Monkees' "Pleasant Valley Sunday" or a heartfelt reading of Cat Steven's "Where Do The Children Play"? Bowie's "Rock N Roll Suicide" is a more obscure choice, and here it's provided an appropriately eerie and forceful performance. George Harrison's "What Is Life?" is supported by jangling guitars and Spectorish production while a soulful rendition of U2's "Where The Streets Have No Name" matches the original for power and majesty.

There's nothing awfully "proggy" to be found on Cover To Cover, sorry, although the Who's "I'm Free" rocks with reckless abandon, the trio kicking out a muscular jam and guitar duel that punts serious posterior. My fave cut here is the amped-up, anarchistic reading provided Joe Jackson's classic "I'm The Man." One of the first and finest pop-punk tunes to grace the '80s airwaves, Jackson's blistering condemnation of consumerism is transformed into a moshpit anthem with razor-sharp guitars and Portnoy's explosive rhythms. Your tastes may vary, however, so Cover To Cover also includes finely-tuned performances of songs from Cream, the Beatles, the Moody Blues, Blind Faith, Chicago, and Badfinger.

There's no denying the instrumental talents of these three fine players, and their choice of songs is both entertaining and enlightening. The performances are all rock solid, adding to each song's legacy rather than detracting from them. Most of all, Cover To Cover is a lot of fun, both for the musicians and, in the end, for the listener. And that's something that is sorely lacking with a lot of today's music. (Radiant Records, released September 26, 2006)