Classic rock legends Wishbone Ash will be launching a new “British Invasion” with their upcoming ‘Take It Back’ North American tour in September 2016. The band is celebrating its 47th anniversary since forming in England in 1969, and these performances will provide a musical journey that spans the band’s 1970s and ‘80s-era albums as well as including songs from more recent recordings.

“We'd like to mix it up a little,” says Wishbone Ash founding member Andy Powell in a press release for the tour. “Perhaps include a different epic instrumental, dust off a couple of the old harmony-driven songs, feature an unexpected track from our latest album, Blue Horizon.”

Since releasing its self-titled debut album in 1970, Wishbone Ash has built a catalog of unusually high quality music, including albums like 1971’s Pilgrimage, 1972’s Argus, 1976’s New England, and 1978’s No Smoke Without Fire – a total of nine studio albums during the ‘70s, another six during the ‘80s, two dozen altogether – a slate of acclaimed works that continued with 2011’s Elegant Stealth and 2014’s Blue Horizon. The current roster includes singer, songwriter, and guitarist Powell, Finnish six-string wizard Muddy Manninen, bassist Bob Skeat, and drummer Joe Crabtree; these four musicians have been together since 2007, making it the longest-lasting incarnation of the band. 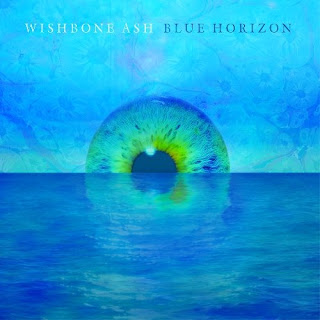 Wishbone Ash’s trademark sound is based on the band’s melodic twin lead guitars, which have influenced bands as diverse as Thin Lizzy, Iron Maiden, and Lynyrd Skynyrd, among many others. Over close to a half-century, the band has dabbled in folk, blues, jazz, and electronica along with the landmark rock ‘n’ roll sound they created during their early years. Touring constantly and logging 30,000 miles annually, the band has forged a strong bond with its loyal fans.

“We laid down strong musical roots in the '70s, and these roots continue to prove productive,” Powell says. “Also, we nurtured our fan base as much as possible through fan club conventions, newsletters and the like; but this was all given a great boost once the digital age came into being, with websites and social media.”