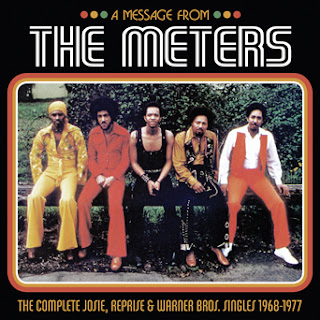 New Orleans musical icons, pioneers of funk, superb session players – the “mighty” Meters have worn a lot of hats through the years. Formed in 1965 by singer/keyboardist Art Neville, guitarist Leo Nocentelli, bassist George Porter Jr., and drummer Joseph “Zigaboo” Modeliste, the Meters were originally known as an instrumental outfit not dissimilar to Booker T. & the MG’s during their early years. During the early ‘70s they were joined by Art’s brother, percussionist and singer Cyril Neville (Royal Southern Brotherhood), and injected more group vocals into their genre-defining funk sound. The individual members of the Meters were instrumental virtuosos and much in demand in the recording studio, where the band served as producer Allen Toussaint’s de facto house band, playing on 1960s-era singles by Lee Dorsey, Chris Kenner, Betty Harris, among others.

The Meters also worked in the studio behind artists as diverse as Dr. John, Robert Palmer, Paul McCartney, and Labelle. It was with their own recordings, created with producers Toussaint and Marshall Sehorn, that the band would make its mark. Signed to Josie Records (which had previous hits with singles by the Cadillacs and Bobby Freeman), and later to Warner Brothers’ label subsidiary Reprise Records, the Meters recorded a string of singles which sold modestly but have outlived their chart positions to become treasured classics of American music. Real Gone’s A Message From The Meters is a two-disc set that collects all of the band’s domestic singles – A-and-B-Sides alike – released by Josie and Reprise/Warner, forty tracks total of red-hot funk. The Josie singles are presented in their original glorious mono mixes while the Reprise/Warner sides are in sizzling stereo.

The Meters’ A Message From The Meters


Truthfully, there were no ‘formative years’ for the Meters, the band’s studio experience and instrumental acumen allowing them to transcend their studio work and leap, fully formed, into a recording career with a sound and style entirely their own. Released by Josie Records, the Meters’ first single was the staggering “Sophisticated Cissy,” a languid, sub-three minute instrumental that, even as early as 1969, was built upon a girder-strength funky backbone atop which guitarist Leo Nocentelli embroidered his soulful rhythm guitar licks. The B-side, “Sehorns Farms,” is a low-key slab of steamy New Orleans-styled soul with jazzy undertones. How do you follow up a Top 30 R&B and pop chart hit like “Sophisticated Cissy”? With more of the same, of course…the Meters’ “Cissy Strut” was bolder and brasher than their debut, with an outstanding George Porter Jr. bass riff and foot-shuffling rhythms that drove the single to #4 on the R&B chart and #23 pop.

Although the Meters would never again score as high a pop chart position as they did with “Cissy Strut,” it wasn’t due to lack of effort, as their music would grow more effervescent and funky with each new single. Tunes like the slow-burning “Ease Back,” the keyboards-driven “Dry Spell,” and the sly, energetic “Look-Ka Py Py” would provide the Meters with a consistent R&B chart presence into the next decade. The raucous “Chicken Strut,” released in 1970, is a loose-limbed party track with lively fretwork, tongue-in-cheek lyrics (“just keep on struttin!”), and an anarchic groove so deep one could get lost in it. Another 1970 single release, “A Message from the Meters,” was one of the band’s first songs to feature harmony vocals riding atop the mesmerizing instrumentation, no doubt influencing the Isley Brothers’ work a few years later. With 1971’s “Good Old Funky Music” the band found its long sought-after formula, a dynamic mix of group vocals and chiming keyboards nestled behind an explosively funky wall o’ sound. 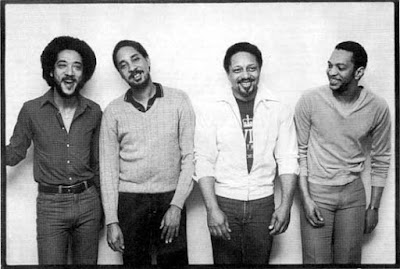 
The Meters recorded three albums for Josie circa 1969-70 but when “Good Old Funky Music” became the first of the Meters’ singles that failed to chart, Art Neville left the band for almost a year and Josie Records folded soon thereafter. The band’s management secured a deal with Reprise Records, Neville rejoined the group, and the Meters would soon expand their popularity beyond the R&B charts to a receptive young rock ‘n’ roll audience. Singles were less important than full-length albums in the classic rock era of the ‘70s, and while the band released some red-hot sides throughout the decade, they seldom lit up the charts the way they had in the ‘60s. Part of it was due to the bigger recording budgets they enjoyed under the Reprise umbrella, which led to slicker, more sophisticated production by Toussaint and Sehorn that eliminated a lot of the band’s raw grit while focusing more on the groove. Another factor was the influence of rock ‘n’ roll on the band’s sound and the Meters’ more frequent use of vocals along with their instrumental jamming.

While the band recorded several outstanding albums during the decade – 1972’s Cabbage Alley (their Reprise label debut), 1974’s Rejuvenation, and their classic, 1975’s Fire On The Bayou – their chart fortunes suffered. Reprise kept sending out singles, though, and several of them are righteous efforts, indeed. The title track to Cabbage Alley offers a fluid groove with some funky rhythms, group vocals, and undeniable spirit; the song itself is an update on the legendary Professor Longhair’s “Hey Now Baby.” The infectious groove of “Hey Pocky A-Way” (#32 R&B) would make the song a bona fide New Orleans standard, the spry traditional performance built on barrelhouse-style piano-pounding and blazing horns. “People Say” offers a more deliberate rhythm, soulful vocals, and blasts of horn (skillfully arranged by Toussaint). Sadly, the Meters tried to capitalize on musical trends with the awful “Disco Is the Thing Today,” the less said about the better; listen instead to their cover of Earl King’s “Trick Bag,” which brings the band back to a funky sound they helped define.


Art and Cyril Neville left the Meters in 1977 after the release of the New Directions album to form the Neville Brothers. The band stumbled along for a couple more years, however, even performing on Saturday Night Live with a new singer before finally breaking up altogether in 1980. Modeliste toured with Keith Richards and Ron Wood of the Rolling Stones as part of their New Barbarians crew, while Nocentelli and Porter tooled around in their own bands while also enjoying a second act as studio professionals. Various members would reform the band in the late ‘80s but they’d never again record as the Meters.

Still, the band’s musical legacy has long been etched in stone, their status as pioneers in funk, and their brilliant fusion of R&B, jazz and, later, rock music invaluable in creating the blueprint which bands like Funkadelic and Sly & the Family Stone would build upon. With a reputation as a dynamic, electrifying live outfit, the Meters sadly never broke through to the mainstream. As heard on the singles preserved on A Message From The Meters, however, the band’s influence extended beyond the charts to inspire artists as diverse as the Rolling Stones, the Grateful Dead, the Red Hot Chili Peppers, Fishbone, and hometown favorites Galactic as well as many of the top hip-hop artists of the 1990s. This is where it all began, A Message From The Meters deserving of a place on your music shelf. Grade: B+ (Real Gone Music, released September 2, 2016)

Buy the CD from Amazon.com: The Meters' A Message From The Meters
Posted by Rev. Keith A. Gordon at Sunday, October 30, 2016