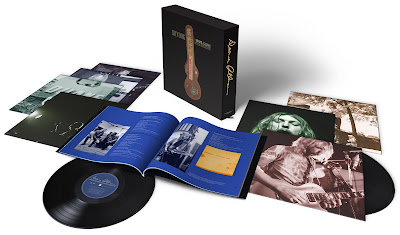 Back in 2013, Rounder Records released the critically-acclaimed Skydog: The Duane Allman Retrospective, a seven-CD box set documenting nearly the entire career of the late, legendary blues-rock guitarist. Compiled by Duane’s daughter Galadrielle Allman with producer Bill Levenson, Skydog offered up classic Allman Brothers tracks alongside the guitarist’s earliest recordings with brother Gregg in bands like the Escorts, the Allman Joys, and Hour Glass. The set also featured some of Allman’s brilliant session work with artists like Aretha Franklin, Wilson Pickett, Boz Scaggs, and Delaney & Bonnie as well as a live jam session with the Grateful Dead and rare single releases.

On October 28th, 2016 Rounder Records will release Skydog as a limited-edition box set comprised of 129 tracks spread across fourteen shiny black 180gr vinyl LPs. Each of the set’s 1,000 individually-numbered copies includes all the music from the CD version, as well as a 56-page booklet that features rare photos and essays by Galadrielle Allman and music journalist Scott Schinder. New to this release are several unpublished photos of Allman which will be featured on each LP sleeve. 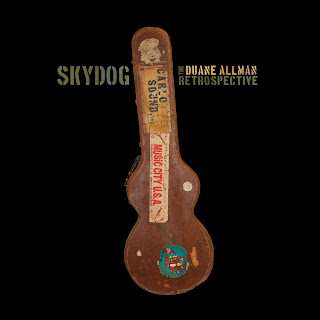 In a departure from normal distribution, Rounder Records has hooked up with PledgeMusic, an online direct-to-fan platform, to make the box set available. Fans can pre-order the Skydog vinyl box directly from PledgeMusic and select from three bundles with exclusive goodies. What do you get for your hard-earned coin? The ‘Standard Bundle’ ($499) includes the Skydog vinyl box set, custom-printed shipping carton, an eight-panel postcard set, and a B&W photo. The ‘Deluxe Bundle’ ($580) gets all of that plus an embossed leather turntable slipmat, a lithograph poster, and a signed and numbered copy of Galadrielle’s Please Be With Me: A Song For My Father, Duane Allman. The ‘Super Deluxe Bundle’ ($700) includes all of the aforementioned goodies and features one of 50 limited-edition, numbered LPs in a custom-printed Skydog shipping carton with a correspondingly-numbered copy of Allman’s book.

“The Skydog retrospective tells my father Duane Allman’s life story in the fierce and melodic voice of his guitar,” says daughter Galadrielle in a press release for the new vinyl box set. “From his earliest high school strivings to the stunning virtuosity he finally achieved, it is all here. Being part of this project has deepened my understanding of who my father was, and he was remarkable. I hope it will do the same for all who listen. This collection deserves to be heard on vinyl, still the warmest and richest format there is. I'm so proud it was possible.” Grab your copy of the Skydog box set on vinyl from the PledgeMusic website.