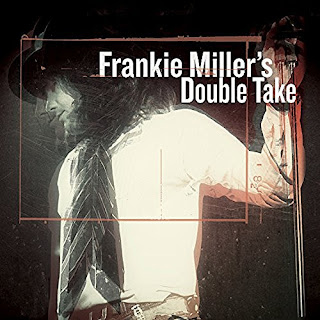 Chances are, even if the name ‘Frankie Miller’ is unfamiliar, you’ve probably heard one of his songs blaring out of your radio, phone, or other music-gifting device. As a talented songwriter capable of wringing every ounce of emotion out of a lyric, Miller’s songs have been recorded by artists as diverse as Bob Seger, Johnny Cash, Ray Charles, the Bellamy Brothers, Etta James, Roy Orbison, Joe Cocker, the Eagles, Three Dog Night, and Clint Black, among others, and charting on both the pop and country charts.

As a performer, Miller cut his teeth with several late ‘60s bands, including Jude, which was formed with former Procol Harum guitarist Robin Trower, Stone the Crows bassist James Dewar, and Jethro Tull drummer Clive Bunker. Miller launched his solo career in earnest during the early ‘70s British pub rock scene, the singer backed on his 1973 debut Once In A Blue Moon by rockers Brinsley Schwarz.

A string of brilliant collections of ‘blue eyed soul’ would follow – the 1974 Allen Toussaint-produced High Life, 1975’s The Rock and Full House albums, and 1978’s Double Trouble, which featured Brinsley Schwarz guitarist Ian Gomm and Ace keyboardist Paul Carrack, and included Aerosmith’s Steven Tyler on backing vocals on several tracks. Although Miller never broke through in the U.S. with his solo albums, he scored several minor U.K. chart hits, but his incredible performances and well-written songs found loyal fans on both sides of the Atlantic.


Miller continued to record and tour throughout the 1980s and into the ‘90s when he suffered a brain hemorrhage while working on material for a new band to feature guitarist Joe Walsh and pianist Nicky Hopkins. The singer spent months in a coma and years in therapy and is still unable to speak, much less sing, to this day. One lone archive collection, 2006’s Long Way Home, has been released since Miller’s illness, as well as a handful of raucous live albums, the best of which is the three-disc Live At Rockpalast set.

Frankie Miller’s Double Take – essentially the singer’s 11th studio album – came about when singer Rod Stewart asked producer David Mackay if he had any unreleased songs by Miller. The producer reached out to Miller’s wife, who provided a bag of demo tapes which Mackay used to piece together a brilliant album comprised of previously-unreleased material expanded with high-profile guest appearances. Finding volunteers for the production proved effortless, as many singers and musicians were readily willing to lend their talents to the project in tribute to Miller.

As such, Frankie Miller’s Double Take features guests like guitarists Joe Walsh and Steve Cropper; singers Rod Stewart, Bonnie Tyler, Delbert McClinton, and Willie Nelson; and other instrumentalists like Elton John and Paul Carrack (vocals and piano). Miller’s ‘Full House’ bandmates Chrissie Stewart and Ray Minhinnett provide bass and guitar, respectively, on several tracks. Mackay’s production is nuanced and quite brilliant – on songs where Miller’s vox are the strongest, he’s pushed high in the mix and into the spotlight; where an apparently weaker Miller performance appears on an otherwise fantastic song, the guest’s vocals are pushed to the forefront. The technique works quite well and does little to detract from Miller’s enormous talents.


The muscular rocker “Blackmail” opens Frankie Miller’s Double Take, the song screwing itself tightly into a deep groove with Joe Walsh’s approximation of the “Peter Gunn Theme” opening, his machine-gun riffs rumbling menacingly beneath Miller’s bold vocals. Given the up-front mix of the backing vocals, I’m guessing that Miller’s take here was a little less powerful than others on the album, but the arrangement and instrumentation all work together to result in a strong performance.

There’s no place for Miller’s vocals to hide on “Where Do The Guilty Go,” a duet with Elton John that features legendary Memphis guitarist Steve Cropper and the Jubilation Choir singing in the background. The song is part inspired Southern soul, part inspired gospel fervor, and Elton ups his game to sit comfortably alongside Miller’s heartfelt vox, making his presence felt but never detracting from Miller’s performance.

And therein lies the genius of Frankie Miller’s Double Take – for all the vaunted “guest stars,” the majority of them volunteering their talents out of a love of Miller’s voice and songwriting prowess, and they do their best to support the waylaid singer rather than upstage him. A fine example of this is “Way Past Midnight,” which features Huey Lewis putting on his best soul shoes and dueting with Miller on an old-school rhythm and blues romp that includes the intoxicating horns of The Sports Section with sax master Johnny Colla.


Miller’s old friend Bonnie Tyler sits in on the ballad “True Love,” a moving performance by the two not dissimilar vocalists that includes the stellar fretwork of guitarist Jerry Stevenson. The singers’ voices mesh together well, entwined in an emotional performance for the ages. Rod Stewart was obviously influenced by Miller, a contemporary, but ‘Mod’ Rod’s vocals could never hold a candle to Frankie’s incredible soulfulness.

Nonetheless, Stewart musters a spectacular performance on the duet “Kiss Her For Me.” Featuring Walsh’s shimmering notes and Stevenson’s elegant filigree strum, the song is a throwback to Miller’s 1970s-era material, a simply beautiful performance and near-perfect melding of their voices, Walsh even adding some subtle piano fills. It’s a moving, magical song. 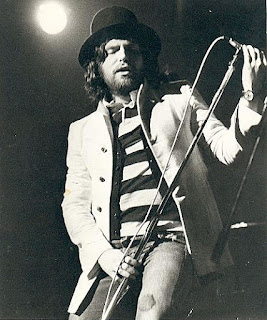 “When It’s Rockin’” brings back Full House era guitarist Ray Minhinnett for a rowdy performance that offers up a blistering Miller vocal reading, plenty of stinging guitarplay, and a full horn section blastin’ away at full strength. Miller was always more of a soul man than bluesman, but with a little help from guitarists Minhinnett and Stevenson and singer Delbert McClinton, the gang delivers a red-hot slab o’ roots ‘n’ blues with “Beginner At The Blues.”

A swinging, big band effort with honkin’ horns, Richard Cottle’s rattling keys, and the dichotomy of the two singers’ voices – Miller’s soul shouting and McClinton’s bluesy Texas twang – and the resulting “Beginner At The Blues” provides a mighty satisfying performance. Willie Nelson sits in on “I Wanna’ Spend My Life With You,” his wistful, emotional vocals fitting hand-in-glove with Miller’s tear-jerk reading as harp player Mickey Raphael blows mournfully above the mix.

The album closes with Miller’s plaintive “I Do,” the singer sparsely accompanied only by Cottle’s ethereal keyboards and guitarist James Graydon’s filigree acoustic. A showcase for Miller’s powerful, emotion-drenched vocals, it’s an achingly beautiful performance that wraps up all that was great about the singer’s career in a too-brief three-and-a-half minutes.


There are more great performances on Frankie Miller’s Double Take than I have room to write about here, including those with Paul Carrack, John Parr, and Stuart Emerson. There’s only one real artistic fumble among the album’s nineteen tunes – Kid Rock’s appearance on “Jezebel Jones,” his reedy, countrified vocals trying in vain to mimic Bob Seger’s ‘Rust Belt’ howl while Miller’s slight vocal performance is virtually buried in the mix.

Kid Rock hasn’t been relevant to anybody but a few hardcore fans for years, yet he keeps popping up as a guest on albums by greater talents like Buddy Guy, John Fogerty, Sammy Hagar, and Jerry Lee Lewis. Producers, if Kid Rock is the best you can do in terms of a “guest star,” then you’ve clearly run out of ideas. That minor cavil aside, Frankie Miller’s Double Take is a loving tribute to a great singer and songwriter by a clearly inspired group of friends and talented admirers.

Kudos to producer David MacKay, who also contributes his not-inconsiderable musical talents to most of these songs; thanks also to all the performers who took time out of their busy careers to contribute their talents to this effort. Frankie Miller’s Double Take may be the best album he never made, Frankie Miller a too-often-overlooked artist well worth rediscovery. For longtime fans, the album is a gift from the rock ‘n’ soul gods who clearly blessed Mr. Francis John Miller with enormous talent and charisma. Grade: A+ (Universal Music, released November 11, 2016)

Right on, Rev.!
I might also add to your brilliant thoughts on Kid Rock by saying, "producers, label executives and anyone else of the ilk, please immediately lose Kid Rock's phone number ... forever."