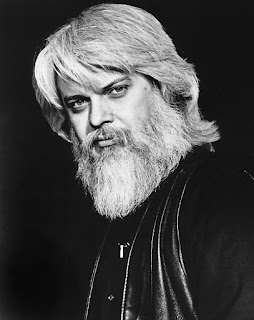 It’s been an absolutely brutal year for rock ‘n’ roll as we’ve lost a number of beloved musicians. Sadly, the onslaught continued this week with the deaths of singer/songwriter Leonard Cohen and musician and label founder Billy Miller of Norton Records. As a longtime fan, this morning’s news of the death of classic rock legend Leon Russell particularly stings.

Singer, songwriter, and multi-instrumentalist Leon Russell is best-known for his string of early ‘70s-era hit albums and FM radio-friendly singles. Russell’s sound was pure American music, a gospel-tinged blend of boogie-woogie, blues, roots-rock, and country music that was delivered in with a unique Okie patois and vibrant piano-pounding that rivaled his former boss Jerry Lee Lewis at times.

Born in Lawton, Oklahoma Russell began his lengthy career at the age of fourteen, his band the Starlighters – which also included the talented J.J. Cale – playing local Tulsa clubs. Moving to Los Angeles at the dawn of the ‘60s, Russell studied guitar with the legendary James Burton and became an in-demand session player as part of the Wrecking Crew. Russell played behind artists as diverse as the Byrds, Herb Alpert, Bobby “Boris” Pickett, and Gary Lewis and the Playboys, for which he wrote the hit “Everybody Loves A Clown.” Teaming with guitarist Marc Benno, the pair recorded the acclaimed 1968 album Look Inside The Asylum Choir, released by Smash Records. A follow-up, Asylum Choir II, was recorded in 1968 but not released until 1971, by which time Russell had launched his solo career. 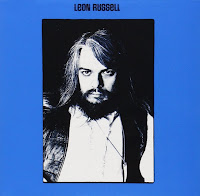 In 1969, Russell and British producer Denny Cordell (The Moody Blues, The Move) created the Shelter Records label, which operated until 1981 and released albums by Russell, his old bandmate J.J. Cale, Memphis music legend Don Nix, blues legend Freddie King, R&B great Phoebe Snow, power-pop pioneer Dwight Twilley, and rocker Tom Petty & the Heartbreakers (say what you will about Shelter’s shabby distribution efforts, the label knew how to sign talented artists!). During this same period, Russell toured and recorded as a member of Delaney & Bonnie and Friends, where he’d meet both Eric Clapton and George Harrison.

Russell’s career was linked with that of singer Joe Cocker during this era: Cocker scored a hit with the Russell-penned song “Delta Lady,” from his self-titled 1969 debut album, which was co-produced and arranged by Russell. Using musicians from Delaney & Bonnie and Friends, Russell organized Cocker’s 1970 “Mad Dogs and Englishmen” tour, which resulted in a Top Ten hit album and an acclaimed concert film which was released theatrically. While touring with Cocker, Shelter Records released Russell’s self-titled debut, the 1970 album including the Russell original “A Song For You,” which would subsequently be recorded by better than 40 artists. The album featured guest appearances from such classic rock heavyweights as George Harrison and Ringo Starr of the Beatles, Eric Clapton and Steve Winwood of Blind Faith, and Mick Jagger, Charlie Watts, and Bill Wyman of the Rolling Stones. Russell would later perform as part of Harrison’s “Concert For Bangladesh,” appearing in the film and on the soundtrack album. 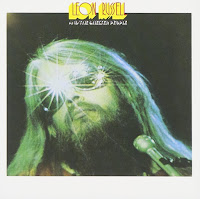 Russell followed up the modest success of his debut with 1971’s Leon Russell and the Shelter People, a Top 20 charting album, but his career would take off a year later with Carney, a Top 10 album that yielded a hit single with “Tight Rope.” Several charting albums would follow – 1973’s Leon Live, 1974’s Stop All That Jazz, and 1975’s Will O’ The Wisp – two of the three earning Gold™ Record status. Russell paid tribute to his love of country music with 1973’s Hank Wilson’s Back!, a collection of classic country tunes recorded in L.A. and Nashville that went Top 30. Russell would return to the country music genre with 1979’s One For The Road, collaborating with Willie Nelson.

By the end of the ‘70s, Russell had spent better than 20 years in the trenches and, after moving to the Nashville area in the early ‘80s, he began cutting back on his workload though he still kept a finger in producing and recording. After spending much of the 1990s and early ‘00s in relative obscurity, Russell’s career was jump-started when Elton John came to him with an idea for a collaboration. The result was 2009’s The Union, a double album credited to both artists and produced by T-Bone Burnett which would earn Russell his sixth Gold™ Record. Russell and John toured together in support of the album, and performed on both Saturday Night Live and The David Letterman Show. 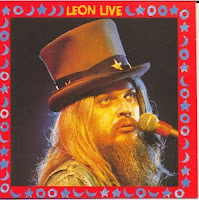 The album and tour raised Russell’s profile to the highest point in years, and he followed up The Union with a solo tour and 2014’s Life Journey album, the artist’s last. In September 2015, Russell reunited with old friends and “Mad Dogs” band mates Rita Coolidge, Claudia Lennear, and Chris Stainton for a Joe Cocker tribute concert organized by the Tedeschi Trucks Band and taped for a documentary film.

Russell suffered a heart attack in July 2016 that he was still recovering from at the time of his death. Inducted into both the Rock & Roll Hall of Fame and the Songwriters Hall of Fame in 2011, Russell’s influence as a musician, producer, and songwriter is undeniable. He worked with a literal “who’s who” of rock ‘n’ roll during the 1970’s and ‘80s (Dylan, Clapton, three/fourths of the Beatles, etc), and his songs have been recorded by artists as diverse as the Carpenters, Willie Nelson, Ray Charles, George Benson, and B.B. King. His talents will definitely be missed...