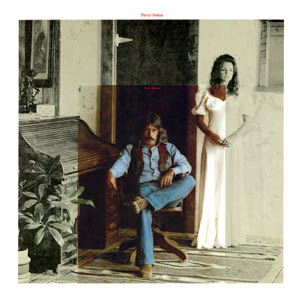 Singer/songwriter Terry Dolan is one of those obscure footnotes in rock ‘n’ roll history, a talented artist that garnered tons of respect from his peers but nevertheless never managed to find an audience beyond his loyal San Francisco Bay area fans. Dolan is best-known as the frontman for the long-running band of friends known as Terry and the Pirates. Formed by Dolan in 1973 with the equally-talented guitarists John Cipollina (Quicksilver Messenger Service) and Greg Douglass (Country Weather), Terry and the Pirates had a great run in the bay area, performing and recording until Cipollina’s death in 1989, after which the band temporarily broke up. Dolan reformed the Pirates in 1994 and carried the banner for the band’s unique blend of folk and rock music until his death in 2012.

Long before Terry and the Pirates, however, Dolan was just another singer/songwriter who had immigrated to the bay area from the east coast prior to the “summer of love.” Dolan recorded a demo for his song “Inlaws & Outlaws” with SF band Country Weather and with the help of legendary bay area FM radio DJ “Big Daddy” Tom Donahue, Dolan was signed to Warner Brothers Records in 1972. Dolan recorded his debut album with a host of talented friends, including guitarists Cipollina, Douglass, and Neal Schon (Journey); pianists Nicky Hopkins (Rolling Stones) and Pete Sears (Rod Stewart’s band); and drummers Prairie Prince (The Tubes) and Spencer Dryden (Jefferson Airplane) as well as backing singers Kathi McDonald and the Pointer Sisters.

With recording completed, the cover designed, and the album even assigned a catalog number, Warner Brothers inexplicably cancelled the album two months before its release, shelving the record for decades and dropping the artist from their roster. The good people at High Moon Records have resurrected this long-lost gem of ‘70s-era San Francisco rock with plans to finally release Terry Dolan’s self-titled debut album on November 25th, 2016 in both CD and vinyl formats.

The album has been re-mastered from the original analog tapes by multiple Grammy™ Award nominee Dan Hersch, and features cover and artwork by legendary rock photographer Herb Greene. The vinyl version offers eight songs recorded by Dolan for the original album release while the CD includes six bonus tracks from the original sessions. Both versions include a booklet crammed with rare photos, an essay on the album’s history, and recollections about Dolan from friends and the musicians that helped record the LP.

High Moon has a good track record with this sort of thing, the label previously rescuing albums by Love and Gene Clark of the Byrds from the dustbins of history and releasing them as premium, high quality reissues. Check out the Terry Dolan video below and then get on over to High Moon’s website for more information!