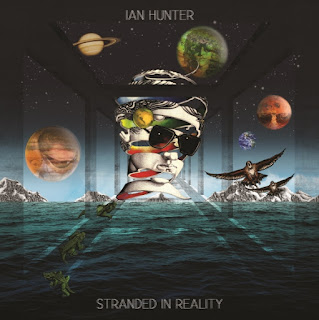 These premium-priced, multi-multi-multi-disc box sets are getting out of hand, especially since your humble scribe is too damn poor to be able to afford even a portion of what’s being released from the archives on CD and vinyl in these days and times. While it may sound like the death-rattle of the recording industry, but for new and old-school rock ‘n’ roll fans alike, these boxes are literal nirvana. Case in point: Ian Hunter’s Stranded in Reality, a whopping 30-disc anthology box set that features damn near everything the legendary Mott the Hoople frontman and influential solo artist has tacked his name to over the past five decades!

Stranded in Reality was compiled by Hunter and Mott the Hoople biographer Campbell Devine, and it covers the years 1975 to 2015 – a wide swath of the singer/songwriter’s career. Collecting seventeen original Hunter solo albums on nineteen discs, the set includes another nine “new” CDs of rare and unreleased recordings as well as a pair of DVDs with visual content. The box includes expanded “anniversary” versions of Hunter’s self-titled 1975 debut album, 1976’s All-American Alien Boy, 1979’s You’re Never Alone With A Schizophrenic, and the live 1980 album Welcome To The Club. Other acclaimed Hunter solo efforts like 1981’s Short Back n’ Sides, 1983’s All of the Good Ones Are Taken, 1996’s The Artful Dodger, 2007’s Shrunken Heads, and 2012’s When I’m President are presented with unique bonus tracks. 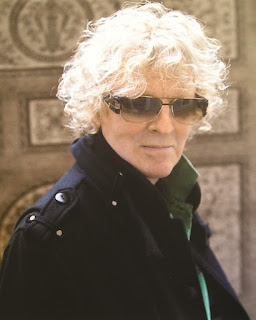 The “new” albums included in the box are titled Tilting the Mirror (two discs of rarities), If You Wait Long Enough For Anything, You Can Get It On Sale (two discs of live tracks from 1979-81), Bag of Tricks (three discs of live performances), Acoustic Shadows, and Experiments. These audio discs feature many previously-unreleased and “lost” songs from Hunter’s archive including “San Diego Freeway, “Nobody’s Perfect,” and “Salvation” as well as live versions of “Wild East, “The Outsider,” and a 2008 acoustic concert. The accompanying two-disc DVD It Never Happened features promo, live, and previously-unreleased archive material including a complete 1979 Hunter concert featuring friend and longtime guitarist Mick Ronson.

Stranded in Reality is a limited edition release of only 2,500 copies for sale worldwide, and is packaged in an LP-sized deluxe box with custom Escher-styled cover, an 88-page hardback book with a comprehensive essay, memorabilia, a signed lithograph, and Hunter’s track-by-track commentary for every song. The set is available through the Proper Music website, and the price breaks down to less than $11 a disc, a bargain for an artist of Hunter’s talent and history.
Posted by Rev. Keith A. Gordon at Sunday, November 27, 2016