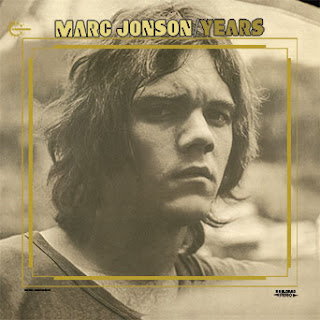 The good folks at Real Gone Music have announced their April releases and there are a couple of real ear-grabbers on the list that will certainly be of interest to That Devil Music.com readers. The first is a long-overdue, first time release of the obscure debut album by folk-rocker Marc Jonson, the other a dive into the archive of rock ‘n’ roll legends Cheap Trick, curated by none other than the band’s beloved drummer Bun E. Carlos.

Characterized as a lost psych-folk/baroque pop masterpiece, singer/songwriter Marc Jonson was signed to the legendary Vanguard Records label when he recorded his self-produced 1972 debut album Years. Compared to such critically-acclaimed recordings as Tim Buckley’s Goodbye & Hello and Phil Ochs’ Pleasures of the Harbor, Jonson’s Years featured his stellar poetic songs and a lush psychedelic-drenched pop soundtrack.

For whatever reason, Years slipped into the dustbin of history, and hasn’t been reissued or even bootlegged on CD or LP during the ensuing years. Luckily, Marc Jonson himself didn’t suffer a similar fate – rockabilly revivalist Robert Gordon recorded three of Jonson’s songs for his 1981 RCA Records album Are You Gonna Be The One. As Jonson’s status as a songwriter grew, artists as diverse as the Roches, Dave Edmunds, Paul Butterfield, Suzanne Vega, Willie Nile, and the Smithereens, among others, would record his songs.

Real Gone’s CD April 21st, 2017 reissue of Years offers four bonus tracks, including a non-album single, “Coming To Boston,” and the original 7” single mixes of “Rainy Dues,” “Mother Jane” and “Fly” for a total of thirteen tracks altogether on the CD. Jonson's Years was produced for reissue by Pat Thomas and re-mastered from the original tapes by John Baldwin and includes rare vintage photos and an interview with Jonson by writer Steve Simels. 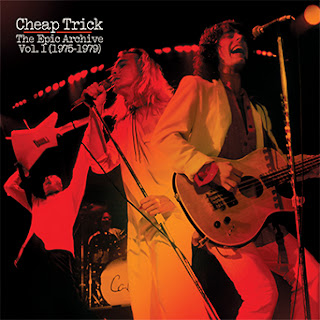 Rock & Roll Hall of Famers Cheap Trick should need no introduction, the band rolling off nearly two-dozen studio and live albums since its formation in 1973, including such smashes as 1978’s Cheap Trick at Budokan (peaking at #4 on the charts on its way to three million flapjacks sold), 1979’s Dream Police (#6 on the charts, Platinum™ sales), and 1988’s Lap of Luxury (#16 on the charts, Platinum™ sales). On April 28th, 2017 Real Gone will release The Epic Archives, Vol. 1 (1975-1979), an 18-track compilation of Cheap Trick rarities, demos, and unreleased live tracks chosen for the CD by original band drummer Bun E. Carlos.

The Epic Archives, Vol. 1 (1975-1979) includes three demo songs (“Come On, Come On,” “Southern Girls,” and “Taxman, Mr. Thief”) recorded by Cheap Trick in 1975 at the legendary Ardent Studios in Memphis (where Big Star made its magic) before the band had a record deal. Three studio outtakes circa 1976-77 and produced by Jack Douglas are included, as are live versions of “You’re All Talk” and “Goodnight” from 1977, a couple of instrumentals, promo-only tracks, and other goodies that should keep the true Cheap Trick fans up at night listening to the stereo.

The compilation was produced by Tim Smith and re-mastered by Vic Anesini at Battery Studios in New York and includes cool new photos as well as song-by-song comments by Carlos as transcribed for this release by noted writer Ken Sharp.