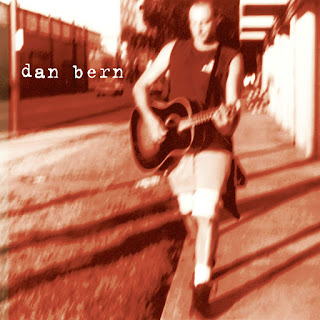 Once upon a time, getting saddled with the “new Dylan” label was like hanging a big, fat dead artistic albatross around your neck. The industry equivalent of the Mafia “kiss of death,” it meant a quick, painful end to your young career. Other than Bruce Springsteen, who punched his way out of that particular box with the brilliant Born To Run, where are all the other “new Dylans” these days?

Steve Forbert and Elliott Murphy have managed to eke out a living with critically-acclaimed music through the past decade (although, admittedly, they had to run off to Nashville and Paris, respectively, to do do....), but all those other great hopefuls are strictly M.I.A.; which makes me overly cautious when I’m already hearing Dan Bern pigeonholed with comparisons to the legendary Mr. Zimmerman.

On his encouraging self-titled debut, Bern creates wonderfully wordy story-songs that, to these ears, compare more favorably with Murphy’s style or early Springsteen than to Dylan. Whereas rock’s greatest scribe has often favored tossing out oblique, indecipherable lyrics in songs, Bern instead strings together phonetic delights, delivering lyrics with a rhythm and cadence more common to rap than to the folk tradition these songs are obviously drawn from. Some critics have gone so far as to unfairly label Bern’s work as “flawed,” once again comparing the young artist to tried-and-true work that has withstood the test of time. Note to critics: come on guys, there is no “new Dylan” – never was and never will be. Hell, not even his own son is the next Dylan, and they share the same surname.

Instead, Bern is a ‘90s folksinger, one with a distinctive style and flavor that is entirely his own. When he hits the mark – which is often enough for this writer – there are few young songwriters who can match Bern’s marvelous wordplay. Bern throws away thoughts and imagery that many more successful artists would trade their souls for, lines far too numerous to recount here (Although I have to share the opening couplet of “King of the World,” my favorite song to date on the subject of fame: “the day that Elvis died was like a mercy killing/America breathed a sigh of relief/We knew all about the drugs and the Vegas shows/There wasn’t much of anything that looked like grief....”). Songs like “Estelle,” the darkly humorous “Too Late To Die Young” or “Jerusalem’ (where Bern seems to be lyrically predicting the critical box he’s been placed in) are artistic triumphs.

Bern is a bright young talent, thoughtful and thought-provoking, a gifted writer and charismatic performer. If he’s not yet the equal of Dylan, well, at the time neither was Bobby himself. If Dan Bern, the album, is any indication of the depth of his talent, I predict that time will treat Dan Bern quite well. (Work Records/Sony Music, released March 4, 1997)