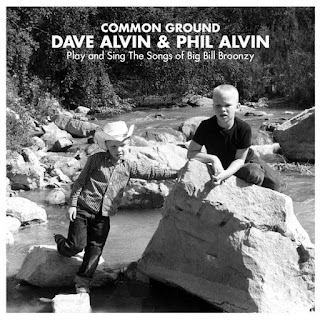 It would be pretty safe to say that without legendary bluesman Big Bill Broonzy, the sound of Chicago blues – and all of blues music, really – would be vastly different than it is today. A country bluesman with roots in Mississippi and Arkansas, Broonzy served his country during World War I. When he returned home he found that farming no longer held any interest and, relocating to Chicago, he started a life in music. Broonzy would become a popular bluesman, talented songwriter and guitarist, and a prolific recording artist as well as an important catalyst in the evolution of the country blues sound into big city urban blues during the 1940s and ‘50s.
Through the years, Broonzy performed in country blues, ragtime, hokum, R&B, and folk blues styles and wrote for, performed and recorded with talents like Memphis Minnie, John Lee “Sonny Boy” Williamson, and Tampa Red. His kindness was legendary, and he helped Southern immigrants to the Windy City like Muddy Waters get a toehold in the city, arranging gigs and recording sessions for the newcomers. It is Broonzy’s influence on blues and rock music that is most keenly felt, however, not just on Chicago bluesmen like Waters and Buddy Guy, but also on young rock guitarists like Eric Clapton, Rory Gallagher, and Ron Wood of the Rolling Stones, among many others.

Two young musicians that Broonzy influenced were brothers Dave and Phil Alvin. Growing up in Downey, California in the 1960s, the brothers shared a love of music. As Dave Alvin remembers in the liner notes to Common Ground, Broonzy’s music was a revelatory discovery for the two teenagers, an artist that remains their musical touchstone to this day. The brothers would go on to form the Blasters in 1980, the band recording a handful of critically-acclaimed albums featuring a high-octane blend of roots-rock, rockabilly, blues, and R&B that found an appreciative audience on the Southern California punk rock scene. The band called it quits by the end of the decade, though, with Dave Alvin launching an acclaimed solo career in much the same musical vein as that of his former band that is still winning the artist accolades today.

Part of the reason for the break-up of the Blasters was the notoriously combative relationship between the two brothers. As Dave has been quoted as saying, “we argue sometimes, but we never argue about Big Bill Broonzy.” It is the brothers’ shared love of the revered blues legend that brought them back together in the studio for the first time in nearly 24 years to record Common Ground. Credited to Dave Alvin and Phil Alvin, and subtitled “Play and Sing The Songs of Big Bill Broonzy,” Common Ground is exactly that – a heartfelt tribute to Broonzy by a couple of musicians that felt his influence at an early age.

The Songs of Big Bill Broonzy

Broonzy was a gifted songwriter, so there was no dearth of material for the brothers to choose from, and it’s a credit to Broonzy’s talents that the Alvin’s duplicate only two songs from Muddy Waters’ tribute to his mentor, the 1960s album Sings Big Bill Broonzy. The album opens with the jaunty “All By Myself,” an upbeat ragtime-styled romp that features the brothers’ shared vocals and Dave’s elegant National steel guitar. If not for the modern recording technique, the performance might be mistaken for an old slab o’ 78rpm shellac, the brothers playing it straight and having a ball with their careful interpretation of the song. “I Feel So Good” differs from the aforementioned Waters’ rendition, skewing closer to Broonzy’s courtesy of Gene Taylor’s light-fingered piano-play and drummer Lisa Pankratz’s lively percussion. It’s a swinging tune, and tailor-made for Phil’s yelping vocals.

In contrast to the pair of openers, “Southern Flood Blues” rocks like a juke-joint Saturday night, with Dave’s wiry electric guitar licks and ominous vocals punctuated by Phil’s mournful blasts of harp. It’s a fine performance, the song’s disturbing lyrical tale emphasized by the strength of the instrumentation. It’s probably the furthest the brothers get from Broonzy’s original intent, sounding more like a long-lost Blasters’ outtake, but it’s also entirely appropriate. “Big Bill’s Blues,” one of Broonzy’s first recorded sides, returns to a country blues sound, the performance fueled by Phil’s wonderful heartbreak vocals and Taylor’s lonesome piano runs.

Since first recording the song in 1941, Broonzy’s “Key To the Highway” has become a blues standard, recorded not only by blues legends like Waters, Little Walter, and John Lee Hooker but also by rockers like Clapton’s Derek and the Dominos and the Rolling Stones. The Alvins’ reading of “Key To the Highway” is a country-styled blues tune capturing the spirit of the original with Dave’s engaging National steel play and Phil’s friendly harp and acoustic guitar. The jazz-flecked “Tomorrow” is another one of those songs perfectly suited to Phil’s soulful twang, and his vocals here swing on one of Broonzy’s better R&B tunes. Taylor’s hands dance across the keyboard and bassist Brad Fordham holds a steady rhythm while Dave lays down a hearty solo that fits in perfectly with the other instrumentation.

“Just A Dream” is the other Broonzy tune recorded in tribute by Muddy Waters, and the brothers Alvin hew closely to Waters’ electric Chicago blues styled romp here. Phil’s vocals are lower and slower, perfectly capturing the moment as Taylor does his best Otis Spann imitation, Dave layers in some fine, fuzzy fretwork, and Phil adds dashes of energetic James Cotton-styled harmonica. The brothers share vocals again on the underrated Broonzy gem “Stuff They Call Money,” Taylor’s piano tinkling low in the mix beneath the hearty rhythmic play of Fordham’s bass and Pankratz’s drums, with blasts of icy harp underlining the song’s insightful social commentary. The instrumental “Saturday Night Rub” is a perfect showcase for the brothers’ intertwined guitarplay – Dave on the steel, Phil on acoustic – while the Fordham/Pankratz rhythm section rides along. It’s a joyous performance and an appropriate choice to close out the album.

What’s not to like about Common Ground? It’s the first album from Dave and Phil Alvin together in two decades, and for an old Blasters fan such as myself, that’s like manna from heaven. Plus, these are Big Bill Broonzy songs, so it’s hard to go wrong. The brothers are obviously familiar with the material, and not only bring a reverence to their performances, but also a playfulness that is completely in the spirit of the late blues legend.

There are tribute albums where it’s obvious the performers are going through the motions for a payday, the publicity, or the cache of being associated with a project considered “hip.” Then there are great tribute albums where the contributors truly love the artist and songs they’re honoring and they juice up their performances with passion and energy…Common Ground is one of those kind of albums, a tribute that truly lets the music do the talking. Get it! (Yep Roc Records, released June 3, 2014)