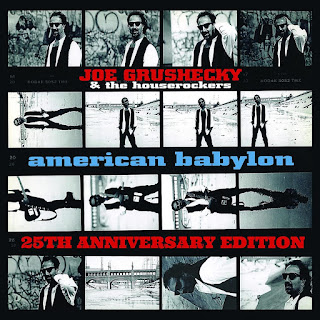 I bought my first Iron City Houserockers’ album on a whim, after seeing a picture single of “Love’s So Tough” featuring the same soft-focus, high-contrast photo of  feminine beauty that was to be found on the front cover of the band’s debut album of the same name. A cursory glance at the credits (if not the band’s name) revealed their Pittsburgh roots, enough to sell it to this Greensburg, Pennsylvania-born Pirates fan. That purchase happened around 1979 or so, just as the first exhilarating wave of punk was fading away and rock music was threatening to become dreadfully bland once again.

A quick listen to the I.C. Houserockers put those fears to rest, the band kicking out a bluesy, street-smart style of rock ‘n’ roll with lyrics concerning themselves with the hopes and dreams and desires of the great unwashed working class, of which I was a proud member. I became a life-long fan of the band, and it was greatly disappointing that the I.C. Houserockers never found an audience beyond its cult of hardcore fans and appreciative critics. The band broke up before the great mid-‘80s indie rock boom, leaving in their wake a handful of albums and a lot of great songs. Luckily, the talent behind the band – singer, songwriter, and guitarist Joe Grushecky – would later embark on what is now a lengthy and critically-acclaimed solo career as an indie rocker.

Flash forward from 1979 to 1995 and the release of Grushecky’s landmark album, American Babylon. Produced by rock superstar Bruce Springsteen, who also co-wrote a song and played and sung on several others, it represented the first significant Springsteen creative collaboration since Southside Johnny’s early albums in the late ‘70s. Although Bruce’s name, at the time, didn’t carry the weight it once did in mainstream rock, it still provided thrilling possibilities. Along for the ride were the Houserockers, those seasoned veterans who had worked with Grushecky on the early solo discs – guitarist Bill Toms, drummer Joffo Simmons, and original I.C. Houserockers bassist Art Nardini.

From the opening lyrics of “Dark and Bloodied Ground” to the fateful closing riffs of “Only Lovers Left Alive,” American Babylon is a powerful collection of songs, brimming over with the sort of rock ‘n’ roll spirit that most artists never approach, much less capture in song. Much like Springsteen himself, Grushecky was raised on the music of the 1950s and ‘60s, the first generation literally weaned on rock ‘n’ roll and infatuated with the power of the music to change lives, the music’s ability to transcend class and race, and its promise of escape.

Like Springsteen, Grushecky is also teller of tales, a point illustrated by cuts like “Never Be Enough Time,” with its ill-fated lovers, or the broken family searching for hope on “Only Lovers Left Alive.” The passion and emotion expressed on “Labor of Love” comes only with age and experience, lifting the cut far above the level of the typical love song you’ll hear on the radio. Thirty years of American history are dissected by the clever verses of “What Did You Do In the War.” Phrased as a child’s questions to their father, the song crams Vietnam, 1960s-era rock and Woodstock, the moon walk, Iran-Contra, and much more into the child’s innocent queries. “No Strings Attached” is an anthemic rocker reminiscent of the old Iron City Houserockers’ finest moments. 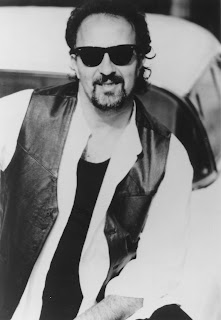 It’s with his social commentary, however, that Grushecky’s skills as a wordsmith really shine. Witness “Homestead,” the logical sequel to “The Biddle Mine” from Grushecky’s 1989 “solo” debut, Rock and Real. The story of a steel mill worker, it evokes memories of Springsteen’s “My Hometown,” with a more midwestern, ‘rust belt’ point-of-view. Co-written with Springsteen, the song describes the horrors of the foundry – as close to hell, I’m told, as one can get on Earth – with a poet’s deft touch: “And the steel glowed in the white hot chambers/The furnace spit fire and smoke/And the sunlight came through the cracks in the roof/The dust was so thick you could choke.”

“Homestead” speaks with great eloquence of organized labor’s betrayal of the working man and expresses the importance of the mill town community to the workers (“It was more than a job, it was my family/I got married, settled down, bought a home/And in the bars down the street, in the late summer heat/You never had to feel alone”). In the end, it’s the loss of the job and the stubborn loyalty of the worker to a dying industry that remains: “I got work tearin’ those old mills down/Until there’s nothing left but the sweat and blood in the ground/At night we tuck our little babies in bed/We still pray to the red, white and blue in Homestead.”

If the story told by “Homestead” is strong in its simplicity, the sort of ode to the working man that Woody Guthrie championed, then it is American Babylon’s title cut that tears off the veil that covers what Guthrie’s cherished land has become. The song’s opening verse is based on a true event suffered by Grushecky: “A kid stole my car the other day/Broke in and drove it away/Took it for a joy ride and when he was done/Held up a liquor store with a great big gun/He said I didn’t do nothing wrong/It’s just the way we live around here.”

The recently-released two-disc version of American Babylon expands the album with a trio of demo tracks tacked onto the first disc, while the second disc offers a raucous live set by Grushecky and the Houserockers, playing on their home turf at Nick’s Fat City, with Springsteen as a special guest. All three of the demo songs are winners, providing an invaluable blueprint to the construction of the final versions. “Never Be Enough Time” and “Only Lovers Left Alive” are both finely-crafted songs with smart, insightful lyrics that would stand out in any situation; I’m still not a huge fan of “Chain Smokin’,” which nevertheless gets the job done in a workmanlike fashion.

On the original album, “Chain Smokin’” serves an important purpose in bringing the listener down from the ledge after the lightning bolt that is “Dark and Bloody Ground.” The haunting “Only Lovers Left Alive” is enchanting in this subdued initial take, but the full album version provides a simply devastating ending to American Babylon, the song’s desolate lyrical theme writ large with its explosive instrumentation. Grushecky’s powerful vocals, wavering with emotion, are matched by his taut, evocative fretwork and the band’s muscular soundtrack. It’s one of Grushecky’s best songs in a catalog full of winners, and the original album version’s awe-inspiring instrumental ending provokes shivers with every listen.

I was lucky enough to see Grushecky and the Houserockers perform for the first time on the American Babylon tour and it was easily one of the top three rock ‘n’ roll shows that I’ve ever witnessed out of hundreds. Playing in Nashville at the smallish 3rd and Lindsley club, the band dominated the postage stamp-sized stage, spilling over into the audience. Joe jumped up on our table in front of the stage for a guitar solo and the audience of around 100 drunk-on-rock ‘n’ roll patrons went nuts. The live disc of American Babylon offers similar cheap thrills, Grushecky and his talented band commanding the stage at the Pittsburgh venue in October 1995. The twelve-song set features much of the American Babylon album, performed with all the electricity and energy Houserockers fans have come to expect.

The live versions of “Dark and Bloody Ground” and “Homestead” are particularly brutal, offering the full, complex instrumentation of the studio versions but pumped-up on steroids. Grushecky’s fiery fretwork leaves scorched earth in its wake on the former, while the latter is a deceptively damning slab of working class blues. Joe throws old-school I.C. Houserockers fans a bone with a swinging take on that band’s “Pumping Iron,” and Bruce joins in fun for high-octane performances of his roadhouse rocker “Light of Day” and the booger-rock jaunt “Down the Road Apiece,” which would sound perfectly at home in any Southern juke-joint. The live disc is more than enough reason to pick up the expanded reissue of American Babylon. I’ve heard bootleg recordings of Joe’s shows from the club, and they never sounded this good, producer Rick Witkowski (also a member of prog-rockers Crack the Sky) doing a magnificent job of capturing the band’s livewire set on tape.

Joe Grushecky has often been compared to Springsteen, because of his similar vocal style and sound, the commonality of their musical influences, and their shared lyrical concerns for the working class as related in story and song. It’s an unfair comparison, however, one that robs both artists of their dignity and creative integrity. The two rockers are similar enough to fit into the same critical pigeonhole, sympathetic enough to understand the other’s plight, but there the similarities end. Both are extremely talented artists, among the best that rock ‘n’ roll has ever produced.

Since the mid-‘90s release of American Babylon, Springsteen has become an elder statesman of rock ‘n’ roll tradition, still creating engaging music but with nowhere near the commercial impact he had in the ‘80s, after the release of Born In the U.S.A. and the accompanying worldwide tours. By comparison, Joe Grushecky has been forced to stay true to his muse, working for every break he’s received, staying honest by default. It’s hard to sin when temptation is never offered. He’s a rocker through and through, his work influenced by weary experience formed by hundreds (thousands?) of nights slamming out tunes in bars and clubs.

Although he and Bruce have remained friends and creative collaborators, Joe’s perspective was never been further from that of Springsteen than was with American Babylon. A fierce statement of defiance that said that the artist was not “going quietly into that good night,” a quarter-century afterwards, Grushecky is still creating intelligent, insightful, and hard rocking music with albums like 2004’s True Companion, 2013’s Somewhere East of Eden, and 2018’s More Yesterdays Than Tomorrows, to name but three of many. It was with American Babylon, however, that Grushecky gave voice to society’s ills and purged his inner demons with a raucous rock ‘n’ roll soundtrack. It’s a bona fide classic, and the rare “anniversary” reissue that lives up to its promise. Grade: A+ (Cleveland International Records, reissued October 29th, 2021)

On Rock & Roll Globe:
Have A Good Time…But Get Out Alive! Turns 40