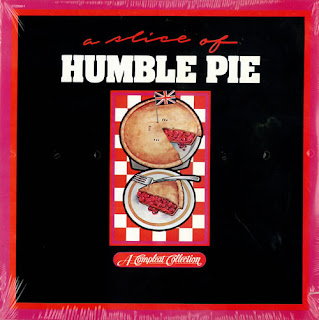 John Fogerty – Centerfield (Warner Brothers)
John Fogerty is a legend. Period. His too-few years at the helm of the great Creedence Clearwater Revival not only showcased his considerable songwriting skills and his talent at interpreting other’s material (i.e. “I Heard It Through the Grapevine” from CCR’s Cosmos Factory), it also created an impressive number of chart hits that made CCR the primary American singles band. Ever. After Creedence broke up, Fogerty released a modest solo LP and then disappeared…
After a hiatus of nearly a decade, Fogerty has returned to the recording arena with a real hell-broth of a rock ‘n’ roll album in Centerfield. One listen to these grooves and you’ll find that the wait was well worth it: “The Old Man Down the Road” is a Ronnie Hawkins-styled rave up; “I Saw It On T.V.” is Fogerty’s mini-history of the past twenty-five years; “Big Train (From Memphis),” is his Elvis tribute; there’s the romping and frolicking “Rock and Roll Girls,” and a half a dozen other prime cuts. Lyrically and musically, this is Fogerty at his best. Welcome back, John…it’s like you never left.

Humble Pie – A Slice of Humble Pie (Compleat Records)
Yet another fine release in the Compleat Records series, A Slice of Humble Pie rescues the Pie’s first two albums, As Safe As Yesterday and Town & Country in their pristine, untouched original form. These early recordings, featuring the virtuoso guitar stylings of a young Peter Frampton and the bad boy zeal of Steve Marriott, illustrate a combination of talents that created a rough-edged, bluesy hard rock sound unlike few others. At their best, as on covers such as Buddy Holly’s “Heartbeat” or originals like Marriott’s “Every Mother’s Son,” the primal Pie ran circles around the competition; at their worst, they could still play in the same league as any of the British blues-breakers of their day.

Richard Thompson – Across A Crowded Room (Polydor Records)
He’s been called the best-kept secret in rock ‘n’ roll for a good reason: Richard Thompson is a vastly underrated guitarist and a gifted singer/songwriter with a penchant for dark, haunting lyrics and ethereal vocals. Across A Crowded Room, Thompson’s second solo outing since the split over a year ago with wide Linda, is a musical memory of love gained (and lost); an accurate and insightful portrayal of emotions that we all have experienced. With recordings as meaningful as Across A Crowded Room, it’s a safe bet that Thompson won’t remain a secret long. 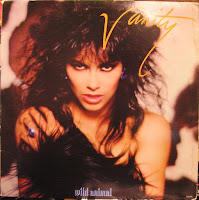 Vanity – Wild Animal (Motown Records)
As the first, though surely not the last mutiny from the Prince ship-of-state, Vanity dropped certain fame and fortune by leaving the set of Purple Rain, relinquishing her role to Apollonia in both the film and in the Prince protégé group Vanity 6 (who achieved Gold™ album status with their debut LP). I must admit, though, that the beautiful Ms. Vanity did alright in her film role in The Last Dragon, and that the pulse-quickening layout she posed for in Playboy certainly furthered her, ah … exposure (sorry). But as for her debut solo album, forget it! This shabby effort covers the same old tired ground, with Vanity producing enough orgasmic sighs and rising hormones to try the patience of even my jaded ears. Flaccid and flabby, Wild Animal couldn’t get it up with a pneumatic tire jack. Until they give this woman something real to sing, I’ll stick with my dog-eared copy of Playboy.

All reviews originally published in the Summer 1985 issue of Anthem: The Journal of (un)Popular Culture