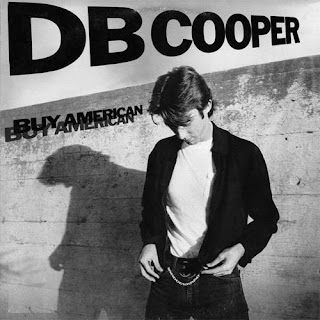 D.L. Byron – This Day and Age (Arista Records)
I’ve found copies of this gem going for as low as 50 cents around town, so scarf it up if you get half a chance! Another artist unfairly labeled as a “Springsteen clone,” Byron manages to transcend this pigeon-holing with a non-stop rockers of an elpee. Ten tunes without a break, produced by Jimmy Iovine (who’s worked with John Lennon, Stevie Nicks, and Springsteen, among others), this mother cooks from start to finish. Byron also did a cover of “You Can’t Hurry Love” on the Times Square soundtrack and was responsible for co-writing “Shadows of the Night” with Rachel Sweet, which became a big hit for Pat Benatar. This was his only solo album, though, and worth ten times what you’ll pay for it!

DB Cooper – Buy American & Dangerous Curves (Warner Brothers)
After releasing an independent debut album on the Blue Collar label in 1980, DB Cooper (the band, not the infamous skyjacker…) released these two jewels – Buy American and Dangerous Curves – with a year of each other, promptly disappearing from the music scene altogether. Tis a shame, also, since these two vinyl platters contain more potential hit singles than any two Styx or Journey outings put together. A hard-driving mixture of power-pop and roots-inspired rock, these two albums are among those rare masterpieces to be discovered only in the … ‘lost & found’! 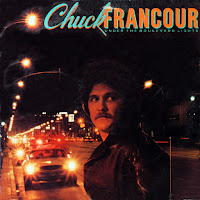 Chuck Francour – Under the Boulevard Lights (EMI America)
Another hot one here, boys & girls, Francour’s single solo album can also be found in your local bargain bins for next to nothing. One video managed to make it off this album and onto MTV, but only god (and the record company) know how. This is an excellent debut album nonetheless. Francour’s gruff, rasping sandpaper vocals treat the image-laden songs here with the desperation and respect that they deserve. The themes are familiar here, and as American as Mom and apple pie – street life, girls, cars, fights, and the never-ending grind of the working class. Under the Boulevard Lights is worth the price of admission if only for his priceless rendition of Elvis Presley’s “Don’t Be Cruel.”

All reviews originally published in the ‘Lost & Found’ column of the Summer 1983 issue of Anthem: The Journal of (un)Popular Culture