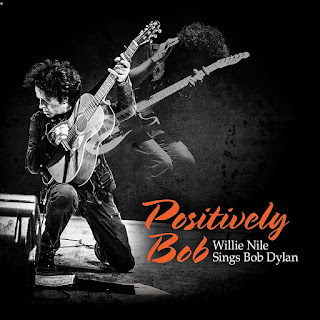 Willie Nile’s self-titled 1980 debut album earned him membership in an exclusive fraternity of singer/songwriters unfairly dubbed as the “New Dylan.” Of course, the “Old Dylan” was still around at the time, undergoing a religious conversion that resulted in controversial albums like Slow Train Coming and Saved before he returned to his secular senses with 1983’s brilliant Infidels. Nevertheless, Nile’s critically-acclaimed debut was just one in a series of albums upon which the “New Dylan” albatross was hung, from self-titled releases by David Blue (1966) and John Prine (1971), to Bruce Springsteen’s Greetings From Asbury Park, N.J. and Elliott Murphy’s Aquashow (both 1973) or Steve Forbert’s Alive On Arrival (1978), each one signaling the important arrival of something...

Much like those aforementioned artists, so too did Willie Nile emerge from the looming shadow of The Scribe; it could easily be argued that Nile’s debut displayed more of his personality and artistry than many albums by the Dylanesque fraternity. While contemporary music critics aren’t quite as slap-happy in applying the “New Dylan” tag to talented songwriters these days, that’s not to say that the man from Minnesota’s immense lyrical legacy doesn’t continue to influence and inspire new artists to this day. And Dylan’s (largish) catalog of songs has mostly held up pretty well here in the new millennium, a fact proven by Nile’s Positively Bob: Willie Nile Sings Bob Dylan. Plucking ten gems from the Dylan vault, Nile performs them in honor of the man that inspired him to find his own voice as a singer and songwriter, and he does ol’ Bob proud!


Nile’s take on the classic “The Times They Are A Changin’” opens with a mesmerizing guitar riff that swirls itself into a poppier, less folk-oriented reading of the song’s timeless lyrics. Nile’s delivery is fast-paced and, perhaps, lighter-hearted in a sense but no less serious than Dylan’s intense approach some 50+ years ago. I’d put it in a tie for second place (with Will Hoge) behind Dylan as my favorite performance of the song. Nile’s “Rainy Day Women #13 & 35” is less loose-limbed than Dylan’s ramshackle original performance, but Nile handles the lyrical gymnastics with aplomb, with claustrophobic production and chaotic instrumentation providing a sense of reckless abandon in the studio.

Dylan’s protest-era treasures “Blowin’ In The Wind” and “A Hard Rain’s A-Gonna Fall” are both provided masterful interpretations. The former benefits from Nile’s energetic vocals and the band’s strident instrumentation (with a raging guitar solo mid-song lighting a fire to the performance), while the latter is afforded a more considered reading, the song’s mouthful of lyrics nevertheless delivered with skill and no little passion by a singer whose vocal similarity to Dylan is undeniable but also uniquely original. “I Want You” is one of my personal favorites from the Dylan songbook, the song’s yearning and desire literally flowing from the record’s grooves to your ears. Nile captures the emotional spirit of the song, with strong but subtle instrumentation supporting his delightfully breathless vocals and obvious infatuation.


The lyrical roller-coaster of Dylan’s “Subterranean Homesick Blues” is anchored by a rowdy, rockabilly-tinged rhythmic backing with flashes of honky-tonk piano as Nile’s rapid-fire vocals swell to a verbal tsunami by the song’s end. The surrealistic, romantic “Love Minus Zero/No Limit” is complimented by elegant fretwork and, perhaps, Nile’s most overt Dylan impersonation, the singer adding a few flourishes of his own as the band provides lush instrumentation with a vaguely exotic, Spanish vibe. The obscure “Every Grain of Sand” (from 1981’s Shot of Love) is given a simple acoustic backing which only heightens the lyrics’ spiritual message, the song one of the best penned by The Scribe during his infatuation with Christianity. The equally-overlooked “You Ain’t Going’ Nowhere,” which dates back to 1967 and Dylan’s recordings with the Band (subsequently release in ’75 as The Basement Tapes), is a jaunty, country-flavored tune that Nile infuses with plenty of charm and vigor.

The melancholy “Abandoned Love” closes out Positively Bob. Written in 1975 about Dylan’s troubled marriage and remaining unreleased until the 1985 Biograph box set, it’s a hauntingly beautiful albeit wistful love song that is sung perfectly by Nile, who captures every heartbeat of the florid lyrics, every hue of the song’s emotions. Although much has been said here about Nile’s skilled vocal interpretation of these often-difficult songs, his elegant acoustic guitar provides a constant thread through each performance. Nile’s band members should also be praised – guitarists Matt Hogan and James Maddock, bassist Johnny Pisano, pianist Andy Burton, and drummer Aaron Comess – who, along with backing vocalist Leslie Mendelson and percussionist Frankie Lee provide a suitable and finely-textured musical canvas on which Nile paints these songs.


There are a couple of different ways to cover a Bob Dylan song. You can skew as close as possible to The Scribe’s original intent, which is just mimicry of Dylan’s recorded performances, something that Dylan himself seldom does these days. Or, you can spin a creative web around Dylan’s words and underrated melodies and interpret the song in your own fashion as an artist. With Positively Bob, Willie Nile eschews the traditional path and instead honors the Master with ten brilliant musical portraits that capture Dylan’s essence while staying true to Nile’s own unique and always-evolving muse.

Nile’s Positively Bob won’t replace Dylan’s original performances these classic songs, but his reverent efforts here might just prompt you to pull those dusty old records off the shelf and give ‘em another spin, reminding you why Mr. Zimmerman continues to be an inspiration and guiding light for generations of talented singer/songwriters like Willie Nile. Grade: A (River House Records, released June 23, 2017)