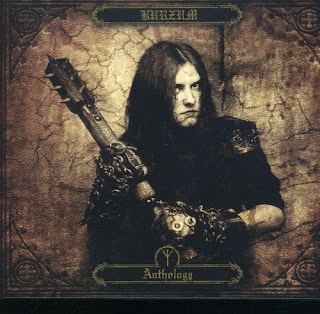 One of the more notorious founding fathers of the Norwegian black metal sound, Burzum – the musical realm of Count Grishnackh, a/k/a Varg Vikernes – is also one of the few truly three-dimensional bands in the genre. Whereas other black-cum-death-metal outfits steadfastly refuse to step outside of the growl/rip/tear/bash approach to vocals and instrumentation, Burzum would mix things up lyrically, drawing from a number of Northern European folk and mythological traditions; and musically, tossing in electronic experimentation anathema to two-dimensional black metal stalwarts.

Burzum’s good Count, the infamous VV, has spent much of his recording career behind bars, imprisoned for the 1993 murder of Euronymous, his bandmate in the influential death metal forebears Mayhem. The pagan, anti-Christian, seemingly racist, back-to-the-days-of-Viking-yore Vikernes was also suspected in the burning of several historic churches in Norway. His ‘evil’ reputation thus sealed within the metal underground, Vikernes launched Burzum in 1992 with a self-titled album of mostly traditionally-styled 2-D black metal, albeit with a few slower passages devoid of the typical blast-beat rhythms, and including a few synthesized flourishes.

Aske, an EP, followed Burzum’s debut, the cover featuring the corpse of a burned-out church (which only further fueled VV’s infamy). The similarly metal-oriented Det Som Engang Var came out in 1993, after which VV went to prison; the four Burzum albums that have been subsequently released were either pieced together from pre-recorded material (Hvis Lyset Tar Oss in 1994 and Filosofem in ‘96) or were recorded by the artist while still in prison (1997’s Daudi Baldrs and 1999’s Hlidskjalf – my apologies for not having the proper Norwegian typefaces available). Although much of Burzum’s catalog is reasonably well-known in Northern Europe – there have been better than a half-dozen tribute albums released of Burzum material, fer chrissakes! – for the typical American or British metal fan, this stuff is largely unknown (and more than a little unknowable).

Anthology will be the first collection of Burzum recordings to be released on these shores. Although a few Burzum albums have shown up stateside through various metal-specialty retailers (especially the first album and the Aske EP, both of which were hot shit at the peak of VV’s trial), for many this will be their first exposure to the controversial artist’s milieu. Note: this 2008 Candlelight Records Anthology album should not be confused with the 2002 release by VV’s own Cymophane Productions – the two albums have widely differing track lists, and the Candlelight collection will undoubtedly receive wider distribution.

So what can black-metal fans expect to hear from Burzum? Not what you’re expecting to hear, to be sure…outside of the self-titled debut and Aske, the Reverend is unfamiliar with the entirety of Burzum’s work, so much of Anthology came as a surprise to me. If you’re expecting something along the lines of Mayhem’s early albums, or maybe Darkthrone, you’ll be sorely disappointed. This is more cerebral material, less sonically powerful, perhaps, than traditional 2-D death-metal, but more intellectually challenging and, in the end, offering deeper musical textures and fields to play in. Pulling material from across Burzum’s first five albums and Aske, Burzum’s Anthology presents an incredible snapshot of this intriguing artist.

First of all, forget about understanding a word of Vikernes’ vocals, which sound like nothing more than the death throes of a tortured beast. I honestly can’t tell if the artist is being controversial or not with his lyrics as they’re in a tongue unknown to me, thus I can only speak of the overall sound-and-fury of these tracks. Anthology kicks off with “Feeble Screams From Forests Unknown” from Burzum’s debut album, opening with an unrelenting blast-beat paired with guttural vox and screaming guitar in typical death mode before dropping into an interesting slurry of doom-laden instrumentation and gutted vocal punctuations. “Stemmen Fra Tarnet,” from the EP, descends into darker territory, with fallow guitarwork and strong, albeit more conventional drumbeats.

“Lost Wisdom,” from Det Som Engang Var, shows the beginning of a gradual evolution of the Burzum sound. Slower, down-tuned guitars and plodding rhythms would tread closely to doom-metal turf if not for VV’s howling vox and some imaginative metallic six-string flights of fancy. With “Svarte Troner,” also from Det Som Engang Var, the game really begins to change. The shortest song on Anthology at a mere two minutes, eighteen seconds, it is a provocative ambient soundscape that sounds like being lost in the murky woods as malevo¬lent creatures circle your campfire, hunger on their minds. 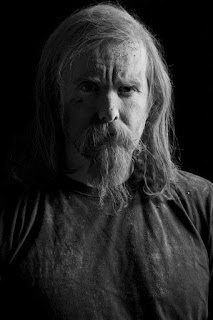 “Det Som En Gang Var,” from the 1994 album Hvis Lyset Tar Oss, continues the trend towards dark-ambience, beginning with a single guitar ringing out above the ever-shifting sands of electronic instrumentation. At times it sounds like Killing Joke, and other times it sounds like Brian Eno’s worst nightmare. It’s an exhaustive, fourteen-minute track that changes directions several times throughout, but it is well worth the journey.

Ditto for “Jesus Tod,” from Filosofem. An eight-minute barrage of white light/white heat with a noise chaser, the song’s unrelenting brilliance and changing moods is simply exhilarating. While rapidfire machine-gun drumbeats prime the canvas, Burzum layers on industrial-styled echoed vocals, often lost in the mix, scattergun blasts of (synthesized?) fretwork, and colorful electronic tinting. Fans of contemporary noisemakers like Earth or Boris could probably embrace this sound.

Both “Gebrechichkeit, from Filosofem, and “Balferd Baldrs,” from Daudi Baldrs, sojourn further into ambient madness, gentle tones dotted throughout tense white noise on the former, while the latter follows a more conventional tact with a strident, almost symphonic recurring riff augmented by shots of menacing keyboards and foreboding synthesized sounds. By the time that you stumble through the album-closing “Dunkelheit,” also from Filosofem, the song’s industrial clash and forged metallic tones offer a respite from the dominating ambient darkness of the previous songs. A bonus QuickTime video of “Dunkelheit” on this enhanced disc sounds different than the album-closing song, but no less dangerous. Anyway, what the hell do I know?

If all of this sounds interesting well, it is…it’s seldom that you get a chance to find something as fresh and relatively unknown as Burzum in this day-and-age of cloned bands and media overkill. Anthology is an important collection of past work by a near-legendary figure on the black-metal horizon, and well worth further study and discussion. Grab it while you have the chance… (Candlelight Records, released March 3, 2008)