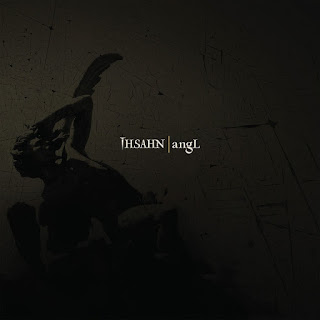 As close to real death metal nobility status as one is likely to find, former Emperor singer, songwriter and guitarist Ihsahn (a/k/a Vegard Sverre Tveitan) helped put the Norwegian metal gods on the top of the mid-‘90s Nordic D-M heap. His later work with the metallic avant-garde outfit Peccatum defined Ihsahn as an artist of unlimited vision who would not be chained by the conventions of traditional death metal.

Ihsahn’s first plunge into the solo waters, the critically-acclaimed 2006 album The Adversary, broke the artist free of the expectations of his former band. The release of angL will serve notice that Ihsahn is an artist of uncompromising integrity with a vast reservoir of creative ideas from which to draw. Although Ihsahn continues to work with death metal as his primary inspiration, and he indeed still incorporates the genre’s building blocks in his edifice – from the growled demonic vocals to the blast-beaten drum rhythms – angL builds upon this foundation and takes liberties by adding elements of symphonic and power-metal, Gothic melodies, and many more colors other than black from his distinctive palette.

For instance, “Scarab” starts down the path of most death-dealing metal, with saw-tooth guitars and relentless rhythms driven by demonic vocals. The song gradually evolves, developing a symphonic undercurrent that defines a true melody. As the repeating guitars chip away in the background, Ihsahn delivers his vocal turbulence. The result is one of the most complex and intriguing songs to spring, fully-formed, like a bounding elk from the dense forest that is Norwegian death metal. The remainder of angL offers similar surprises for the listener…for instance, the low-key, almost subliminal vocals that kick off “Unhealer,” courtesy of Opeth’s Mikael Akerfeldt, delivered before the song plunges into a Goth-made blast-furnace of jackhammer drumbeats and dangerously surgical fretwork. Akerfeldt also appears later during the dark-hued, six-minute-plus dirge, his clean and considerate vocals an interesting artistic counterpoint to Ihsahn’s industrial grind.

But vocals, even words, just don’t mean much here…just the pure, raw, unvarnished emotions of hate, anger, fear, and confusion. Death metal has always harnessed these attributes with an intensity that denies it the mainstream audience that the genre’s frequent instrumental proficiency and creativity might attract. This shit is just too real for most droogs, and Ihsahn is a master at manipulating that magic combination of unconcealed verbal/lyrical fury and migraine-inducing soundtrack to get a response from the listener, even if said knee-jerk reaction is revulsion, or even nausea…

The blistering opening to “Emancipation” is achieved by the multi-level sonic assault of drummer Asgeir Mickelson’s incredible exploding kitwork and Ihsahn’s underrated and inventive six-string interplay. As the song spirals out of control into a disturbing maelstrom, with nothing but white light glaring out from beneath the player’s bruised knuckles, the listener comes to understand that Ihsahn’s approach to his guitar play is simply two-fold: bludgeon the fools with wave-upon-brutal-wave of massive, chord-driven riffs and/or slice-and-dice with laser-precise, lightning-quick flurries of razor-wire notes. Both of these traits can be found a plenty within “Emancipation,” Ihsahn’s fiery axe supported by Mickelson’s battle drums, as real and as dangerous as a steel-toed boot to your tenders. 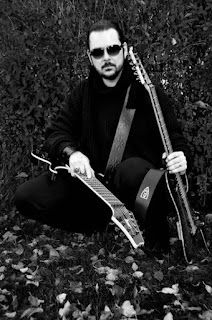 “Alchemist” flares up like one of Meshuggah’s math-metal laboratory creations before settling down into definite Frankenstein territory. A patchwork monster of epic beauty and dark grandeur, the song changes directions faster and more frequently than a mongoose toying with the cobra…guitars explode, then contract; time signatures run amok; the machined rhythms display the cold, inhuman grasp of elemental forces…and upon this crazy quilt of sound, Ihsahn embroiders his otherworldly vocals.

The nightmarish instrumental opening of “Threnody” (literally, “funeral song”) cruises beneath your subconscious, like curtains of fog rolling across a dense landscape. When Ihsahn’s (?) gentle vocals come floating into view, they’re accompanied by washes of complex instrumentation. From the intricate, wiry threads of guitar woven into the song’s fabric, to the masterful drumming that comes out of left field to layer on texture, “Threnody” is about subtlety and patience over power, just as the water eventually wears down the rock. This is as moody and atmospheric a piece of music as you’re likely to hear from these quarters, and it is pure genius.

“Monolith” closes out angL with a large-scale explosion of sound-and-fury. Mickelson finally cuts loose with his drum kit, abandoning any semblance of subtlety or sanity as he dots the musical horizon with deadly mortar fire. Ihsahn’s guitarwork is equally impressive: coiled, muscular riffs hiding beneath the rhythmic landscape to strike with certainty with a flash of hypodermic fangs and slashing riffs. The hype and dross that accompanies the release of angL
announced that the album deals with personal lyrical themes, but for all I know Ihsahn could be singing about “Muppets on Ice.” The truth is, as cathartic as the lyrics may be for the singer/songwriter, they’re all but indecipherable to all but the most dedicated listener…and that’s pretty much the keystone of the death metal style.

It’s the slug that counts here, the raw energy and emotion that is provided each performance, both vocally and instrumentally. These songs are short, sharp symphonies of hyper-expressed rage, and the vocals are just part of the colorful background graffiti. It’s what you feel when you listen that counts, and with angL, Ihsahn has delivered a classic expression for our ears, indeed… (Candlelight Records, released 2008)