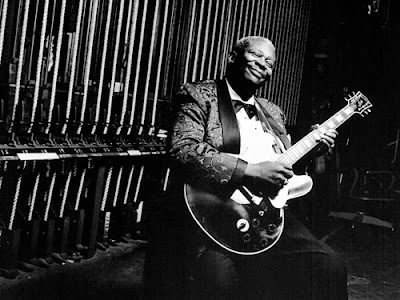 There will never be another like him…blues legend Riley “B.B.” King, one of the greatest American musicians and performers in any genre, passed away on Thursday, May 14th, 2015 after a brief illness. King was 89 years old.

Born in 1925 on a plantation near Itta Bena, King considered nearby Indianola his hometown, and that’s where The B.B. King Museum and Delta Interpretive Center, a museum dedicated to the bluesman, is located. The son of sharecroppers, as a youth B.B. picked cotton and sang in the church. Depending on who’s telling the story, King either bought or was gifted his first guitar by his cousin Bukka White, a blues legend in his own right. 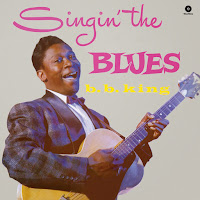 In 1946, King moved to Memphis, but he returned to Mississippi for a couple of years, moving to West Memphis, Arkansas in 1948. The young musician performed on Sonny Boy Williamson’s radio program on KWEM in West Memphis, developing an audience that he took with him when he began a program of his own on Memphis radio station WDIA. King was so popular that he became a station DJ under the name “Beale Street Blues Boy,” which was later shortened to “Blues Boy” before he just became “B.B.”

King recorded his first sides for Nashville’s Bullet Records in 1949 before signing with the Bahari Brothers’ RPM Records label in Los Angeles. King’s career began to flourish while with RPM, the guitarist scoring his first R&B chart hit in 1952 with “Three O’Clock Blues.” From there, King was off to the races, reeling off a string of hits throughout the 1950s including songs like “Woke Up This Morning,” “Sweet Little Angel,” “You Know I Love You,” “Every Day I Have The Blues,” and many others. King toured constantly, racking up in excess of 300 dates a year, a grueling schedule that he’d pursue for decades.

A Legacy of Quality


When the popularity of blues music began to wane with African-American audiences in the 1960s, King found newfound fame with young white rock fans, and he was the opening act for the Rolling Stones’ 1969 tour. He signed with ABC-Paramount Records in 1962, which would later be bought out by MCA Records, which later became Geffen Records…King essentially recorded with the same company for better than 60 years. Although King had released a number of albums while with RPM/Modern Records during the early 1960s, some of which were compilations of singles, the guitarist hit his stride for ABC-Paramount later in the decade, establishing a legacy of quality that would characterize King’s career until the end. 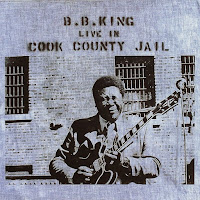 Beginning with 1965’s classic Live At The Regal and running well into the 1970s, King created a run of classic albums, many of them live recordings, that stand as some of the best blues albums, ever – 1969’s Live & Well and Completely Well; 1970’s Indianola Mississippi Seeds (which included Joe Walsh and Leon Russell); 1971’s Live In Cook County Jail and B.B. King In London (with Ringo Starr, Peter Green, and members of Humble Pie and Spooky Tooth); 1972's L.A. Midnight and Guess Who, and many others – King was nothing if not prolific. In 1974, King recorded the first of two albums with his former valet, Bobby “Blue” Bland, Together For The First Time…Live hitting #2 on the Billboard magazine R&B chart and #43 on the mainstream albums chart. A sequel of sorts was released two years later, Bobby Bland and B.B. King Together Again…Live performing nearly as well on the charts.


As the decade of the 1970s rolled to a close, King’s prolific recording output began to slow down. He released but five albums during the 1980s (compared with nine the previous decade), and six albums during the ‘90s, but recordings like Deuces Wild and Blues on The Bayou kept his popularity high, and he continued to tour better than nine months each year. King performed and recorded with a number of other artists though the years – U2, Dr. John, Eric Clapton, Cyndi Lauper, and many others, and he also made guest appearances on a number of TV shows, including The Cosby Show, The Fresh Prince of Bel-Air, Sesame Street, Married…With Children, and Touched By An Angel. He also appeared in films like Blues Brothers 2000 and Spies Like Us. 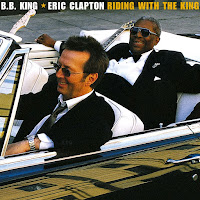 King reached the pinnacle of his career in 2000 with the release of Riding With The King. Recorded with friend and guitarist Eric Clapton, the album earned King one of his many Grammy™ Awards. Certified Double Platinum™ for over two million sold, the album was also his highest-charting, peaking at number three. King released his 42nd and final studio album, One Kind Favor, in 2008. Produced by T-Bone Burnett, it was considered a late career triumph, and it earned King both a Grammy™ and a Blues Music Award. He continued to tour heavily (100+ nights annually) until illness forced him off the road in late 2014.


The list of accolades and honors provided King is too lengthy to recount here. The guitarist was inducted into the Blues Hall of Fame in 1980, the Rock & Roll Hall of Fame in 1987, and the Rhythm & Blues Hall of Fame in 2014. King won his first Grammy™ Award in 1970 for his classic song “The Thrill Is Gone,” and would go on to earn 15 more Grammys. He won so many W.C. Handy/Blues Music Awards through the years (15 in all from 39 nominations) that The Blues Foundation’s “Blues Entertainer of the Year” award was renamed the “B.B. King Entertainer of the Year” award. In 2012, King had the opportunity to perform at the White House for President Obama. 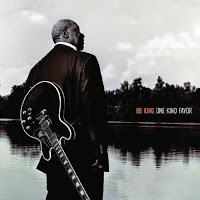 While King’s death was not totally unexpected – he’d been hospitalized for dehydration and fatigue in October, and had battled diabetes and high blood pressure for decades – it still comes as a great loss for the blues community. One thing that stands out as people share their memories of King on social media – is his warmth, kindness, and geniality – which are as legendary as his music. B.B. King inspired a legion of rock and blues musicians and he thrilled several generations of fans. King was the greatest ambassador for the blues that the music has ever enjoyed. King’s legacy is as large as any artist of the 20th century, and his influence will continue to be felt for years.